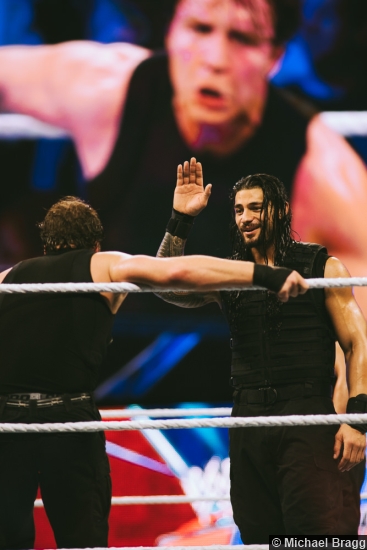 Relying on an Old Friend.

The 803rd edition of WWE Friday Night SmackDown came to you from the Laredo Energy Arena in Laredo, TX. On the final SmackDown before Friday night’s hottest show moves to Thursdays, the man behind the re-emergence of The Authority, Seth Rollins, would kick off SmackDown. What will the self-proclaimed “future of WWE” have to say about being added to the WWE World Heavyweight Title match at the Royal Rumble two weeks from Sunday?