Al Snow’s career has spanned three decades having competed in ECW, WWE and TNA. The 51-year-old from Lima, Ohio really made a name for himself in ECW, before a ten-year spell in WWE where he was a one-time WWE European champion, six-time Hardcore champion in addition to a tag team title reign with Mankind!

Currently, Snow works predominately behind the scenes at TNA as a producer where he is involved in the second series of British Bootcamp and along with Samoa Joe and Gail Kim, he is one of the judges on the show.

We caught up with Snow to talk about his relationship with ‘Head’, comparing his three bosses, and his thoughts on the first British Bootcamp winner Rockstar Spud. 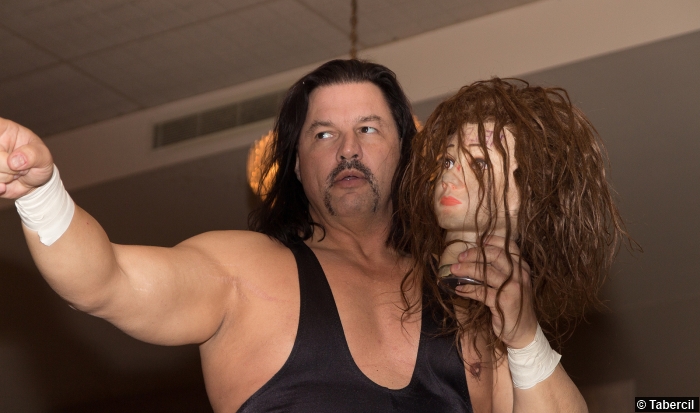 I decided I wanted to be a professional wrestler and I spent a hell of a long time trying to find someone that would break me in and train me. I then found someone who was willing to take responsibility, got trained and I’ve now been doing it for 33-years.

Whilst growing up who were some of the wrestlers that you enjoyed watching and inspired you to become a wrestler?

Oh gosh, I was such a huge fan of professional wrestling when I was growing up, some of the guys that I enjoyed watching were; Harley Race, Terry Funk, Masked Superstar, Superstar Billy Graham, Bruno Sammartino, the original Sheik and Bobo Brazil, guys like that when I watched them really made me want to follow in their footsteps.

What was it like when you got your big break wrestling for the likes of ECW and WWE?

I started wrestling in 1982 long before ECW, WCW and WWE were around it was just WWWF back then. But when I got my big break with ECW it was fantastic, up until that point my whole career had been working to get some national exposure and when I finally got that it was awesome. 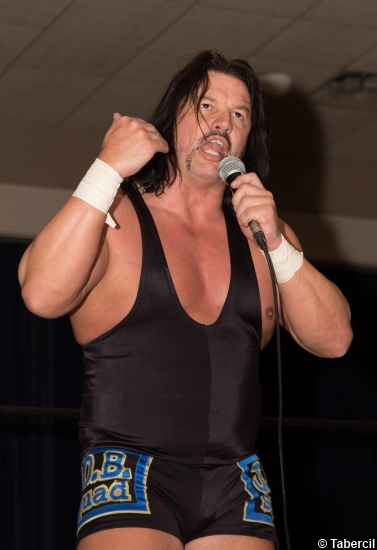 During your first spell in WWE you worked with Jim Cornette and Marty Jannetty, what is it like working with those two guys?

I was very honoured and lucky to have the opportunity to team with Marty just after him and Shawn Michaels split up. Marty was a very talented performer and it was a great run we had together, unfortunately, it came to an end and we moved on.

What were some of your highlights from your second run in ECW?

Extreme Championship Wrestling was just a place where I found an identity and a character that people could relate too. Everything about ECW, the other wrestlers, the fans, it was just an amazing experience.

It was in ECW where I began a long term relationship with ‘Head’ and that is what a lot of people remember me for as I took ‘Head’ with me to WWE and even TNA more recently at the tapings in New York.

What have you made of WWE and TNA reincarnations of ECW?

ECW worked because it was the right thing at the right time, trying to relive the past, I don’t ever think it is a good thing and should remain in the past – there is nothing older than yesterday’s news, it is time to move on.

You enjoyed a 10-year spell in WWE from 1998 to 2008, what were some of your highlights from your tenure there?

Gosh, just my whole time there, I have so many fond memories; it is hard to just pick out one or two. It all just rolls into one whole massive highlight, from wrestling to getting to be a part of Tough Enough to getting to be a co-host of Sunday Night Heat, it was all just so fantastic.

How would you compare your time in TNA to your spells in ECW and WWE?

The main difference is that I’m now a producer and not a talent, and with that comes different responsibilities. It’s a little different but it is a role I really enjoy and much like when I got to be involved in Tough Enough during my time in WWE I have really enjoyed looking for new talent for TNA and especially during this series of British Bootcamp 2.

What have you made of the talent coming and going from TNA over the past year?

It’s a necessary thing, you’ve got to cycle and it’s nothing new, it has been happening for as long as wrestling has been around. Wrestlers are not wrestlers, wrestlers are a product – you may love peanut butter but some point in time you get sick of it so you stop eating it. It may take a while but you go back to it and you start eating it again.

With professional wrestling you can kind of look at wrestlers like peanut butter, they have to go someplace else to be fresh, to be new and they can always come back.

TNA has brought back the six-sided ring, what are your thoughts on that?

I’m glad that is back, I don’t think they should have ever got rid of the six-sided ring in the first place, it was something that the casual fan could identify with making TNA different to its major rival WWE.

What did you make of TNA taking their biggest PPV of the year, Bound For Glory to Japan?

I think it was a great move, no other wrestling company has done that before, it was a sell-out crowd and there were some great matches on the card. WCW did a PPV in conjunction with NJPW but I don’t think they did it from over in Japan.

What have you made of the first British Bootcamp winner Rockstar Spud?

I love Rockstar Spud, what he has achieved since winning the first series of British Bootcamp is incredible. I think he is going to be big star and I really enjoy watching him perform, he is such a great character.

With the second series of British Bootcamp coming up, it is a fantastic opportunity for a lot of young talent and for us to hopefully find another star like Rockstar Spud.

You’ve held tryouts in the UK before, who are some of the British wrestlers that have caught your eye?

If I start to name names, I will miss one out and then they would be offended, so I don’t want to name names because I don’t want to forget anybody. The British wrestling scene at the moment is in a very good position and there are a lot of talented guys and girls, it will be interesting to see what they do when they are given an opportunity like British Bootcamp.

Finally, how would you compare your three bosses, Paul Heyman, Vince McMahon and Dixie Carter?