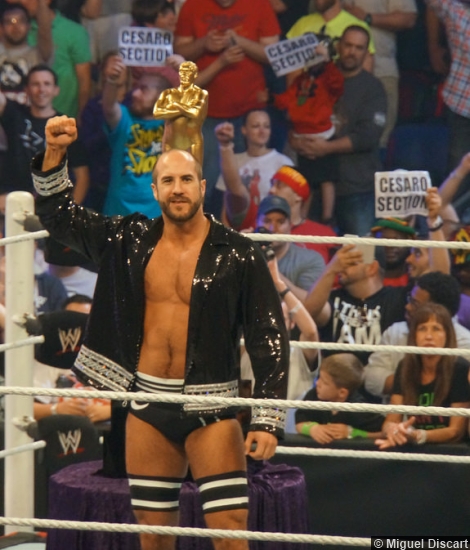 The eighth annual WWE Extreme Rules will come to you, live on pay-per-view (not available through DirecTV or DISH) and the WWE Network at 8/7c, this Sunday night, May 4, from the IZOD Center in East Rutherford, NJ. As announced after last night’s RAW, a Triple Threat Match has been added to the card. Plus, the #1 Contender for the Intercontinental Title has been determined. Here is the updated card:

The “WeeLC” Match will be a “mini” version of the traditional TLC Match.

What do you think of the Triple Threat? Post your comments in the box below.