What To Expect At WWE Royal Rumble 2014: A Statistical Analysis

Two years ago we put forward the theory that, when it comes to the Royal Rumble, bad things happen to almost everyone who enters fourteenth. Of course, it’s no challenge to find horror stories in a group of pro-wrestlers, and maybe our claims of a Royal Rumble curse were a little unfair.

But is there a way to predict the Rumble based not on curses and ghost stories, but on cold hard facts? Our Wrestling 101 scientists have been analysing the facts of figures of every Royal Rumble to date to look for patterns and predictions, and this is what we believe maths has taught us to expect from the 2014 WWE Royal Rumble. 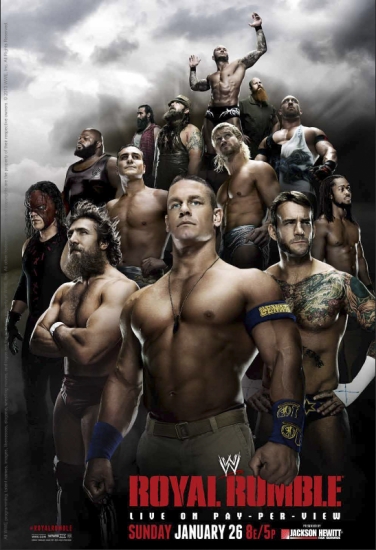 This is perhaps the most important one, and it’s also one of the easiest to predict. Winners tend to come from the extremes, either entering very early, or very late. Out of 26 Rumbles, 18 winners have come from either the first five, or the last five. The most common numbers for winners is 27 but 24, 1, 2, 22, 29 and 30 are also all good shouts. Since the WWF became WWE, later entrants have started being more successful. Since the company changed names, numbers 29 and 30 have become the most common winners.

As an aside, the statistics say the man who wins the Rumble will also win at WrestleMania. 13 Rumble winners have won their WrestleMania title shot, compared to just seven losers. That may be changing though, as four of those seven loses have come since the WWF became WWE, meaning the chances of a Rumble winner also winning at WrestleMania have been rapidly decreasing.

Who Will Come Second?

The runner up has a much wider range than the winner. There have been runners up from the first entrant (Steve Austin, 1999) right up to the 37th (Santino Marella, 2012), but the most common, by far, is number 30. There have been six times that the 30th man to enter the match has finished as runner up, and it’s happened at least once every decade since the contest was founded. There have also been two runners up entering 29th, and two entering 26th, showing that the high 20s and early 30s are the best bets.

When Will The Surprise Entrants Turn Up?

Perhaps surprisingly, there’s no real pattern to this one. Because it can be a little bit hard to clearly define surprise entrants, we’ve stuck to only looking at returns from extended breaks, re-debuts after the leaving the company, and appearances after retirement, and we’ve only taken this current decade into consideration. With those qualifiers in mind, the most common number for surprise entrants is 21 (Booker T, 2011 and Kharma, 2012). The lowest of the decade so far has been number 2 (Chris Jericho, 2013), whilst the highest has been 32 (Diesel, 2011). Generally, the number tends to hover around the late teens and early twenties. Of the nine Rumble returns since 2010, four of them took place been numbers 17 and 21 (Booker T, 2011, Jim Duggan, 2012, Kharma, 2012 and The Godfather, 2013).

Who’s Most Likely To Die Next?

An unfortunate part of being a wrestling fan is dealing with an absurd amount of young deaths. Just like everything else, former Rumbles can even help us make this morbid prediction. Out of all 26 Royal Rumbles so far, three times, wrestler’s have entered in the 11th spot in their last Rumble (British Bulldog, Andre the Giant and Randy Savage). The number 9 is second most deadly, with two wrestlers entering their last Rumble in this spot (Owen Hart and Yokozuna).

Who Will Last The Longest?

The two wrestlers to enter the latest, but still last the longest, both entered at number 19 (John Cena, 2010 and Steve Austin, 2002)

If you take every Rumble into account, and round up or down to the nearest minute, the average longest Rumble appearance is 44 minutes. However, that might not be a fully reliable guess, because that number has been decreasing ever since the 1990s. In that decade, the longest lasting wrestler stuck it out for an average of 53 minutes. That dropped to 45 minutes in the 2000s, and then to 38 minutes in the 2010s.

Apart from the 1980s, which only contained two Rumble PPVs, the 2010s are the only other decade where no one has lasted more than an hour. Unless someone makes it to the hour mark this year, it will also be the first time a decade has had five Rumbles without a single wrestler breaking the hour mark.

Who Will Last The Shortest?

The over-all average stand at 22 seconds. That might seem a little high, considering all of the near-instant eliminations, but the average is thrown off balance by the incredibly high 128 seconds set by Junkyard Dog in 1988. If you take that one anomaly out of the equation, the average drops to a more reasonable sounding 17 seconds.
Unlike the previous category, the shortest time is on the rise, from an average of 16 seconds in the 1990s, to 17 seconds in the 2000s, and now 27 seconds in the 2010s.