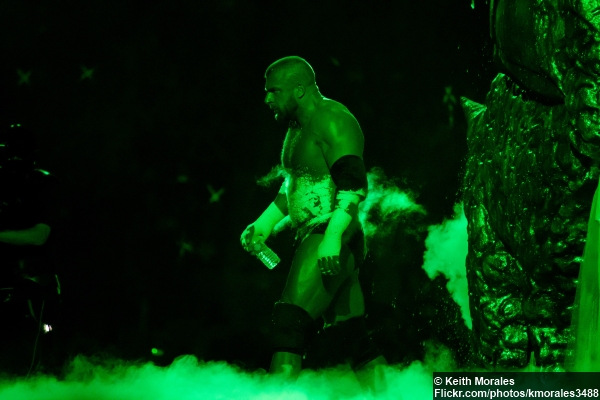 The 26th annual WWE SummerSlam will come to you, live on pay-per-view, this Sunday night, August 18, from the Staples Center in Los Angeles, CA. As announced on last night’s RAW, there will be a Special Referee for the WWE Title match at SummerSlam. Plus, a Divas match and a United States Title match were announced as well. Here is the updated card:

The Ring of Fire Match will be contested similarly to the Inferno Match in the way that the ring will literally be surrounded by fire, but unlike the Inferno Match, the Ring of Fire Match will not require a Superstar to be lit on fire. Instead, the fire will act to keep any one from exiting or entering the ring. The match will end via pinfall or submission.

The SummerSlam Kickoff Pre-Show will be an hour-long show that will air at 7/6c an hour before SummerSlam goes live on pay-per-view. The SummerSlam Kickoff will air exclusively on WWE.com, Facebook, Twitter, YouTube, Google+, Yahoo!, Xbox Live, Playstation Network, Pinterest, & Samsung Smart TV’s. The Kickoff show will feature the United States Title match, as well as an expert panel consisting of WWE Hall of Famers Booker T and Shawn Michaels, as well as WWE Diva Natalya.

What do you think of the changes made to SummerSlam? Post your comments in the box below.