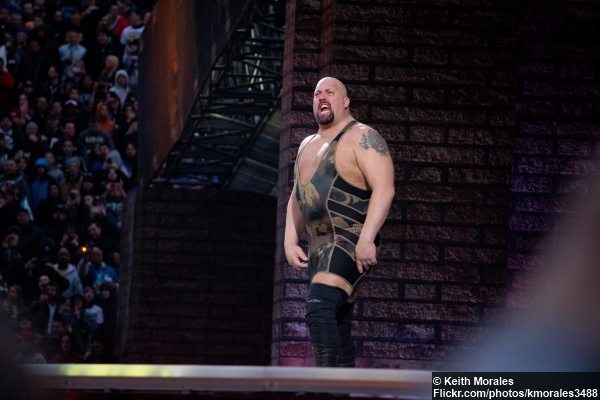 As many may have noticed, WWE.com, as well as its Mobile Alerts system, was touting the return of Big Show prior to last night’s RAW, but with this week’s RAW in the books, there was no Big Show return. F4WOnline.com is reporting that the reason that Big Show did not return last night was because “The World’s Largest Athlete” is still not 100% recovered from a knee injury he suffered a couple of months ago and was seen limping on the bad knee as recently as last Sunday’s Money-in-the-Bank pay-per-view. Big Show’s last match was at Extreme Rules, when he faced Randy Orton in an Extreme Rules Match. Since Extreme Rules, Big Show has appeared on the pay-per-view panels at Payback and Money-in-the-Bank. WWE is still looking to have Big Show return in the next couple of weeks to set up a match for him at SummerSlam.

Who do you want to see Big Show face when he returns? Post your comments in the box below.