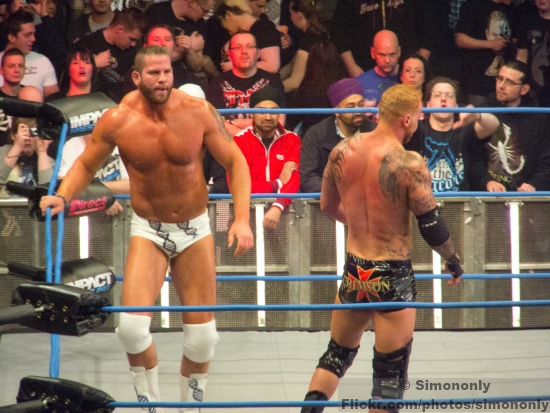 The Wrestling Observer Newsletter is reporting that TNA Wrestling has released four of its talents in an attempt to cut costs as the company have bid farewell to Crimson (Tommy Mercer), Christian York (Jason Spence), Joey Ryan (Joseph Meehan), & Taylor Hendrix. In addition, Madison Rayne’s (Ashley Cabot) contract with TNA expired as of July 3 and both parties opted not to renew it. The sixth person to depart the company was Matt Morgan, who requested, and was granted, his release from his TNA contract. Morgan commented on his release on Twitter, saying “This is what is best for my career & family.” Madison Rayne also commented on her departure, saying “My contract w/ TNA has ended. I want to thank you all for the constant love & support and PROMISE you I will be back in the ring again soon! Huge thank you to @TNADixie and the entire @IMPACTWRESTLING family for giving me my dream job. I’ll see y’all again soon!”

What do you think of these six departures? Post your comments in the box below.