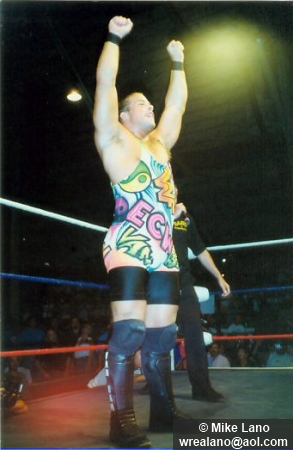 According to PWInsider.com, WWE is interested in bringing ROH legend Colt Cabana back into the company, but, unlike his failed run as “Scotty Goldman” in 2008, WWE is looking to mold Colt into a commentator. WWE will be giving Cabana a commentator tryout at WWE Live Events soon.

As originally revealed at last week’s Payback event, former WWE and ECW Champion Rob Van Dam will be returning to the WWE on July 14 at Money-in-the-Bank. When asked on Twitter why he left TNA Wrestling, RVD pulled no punches, stating “Contract expired. So did professionalism, courtesy, and respect.” Van Dam worked for TNA from March 2010 to March 2013, winning their World Title and their X-Division Title. Speaking of RVD, it is being reported that “The Whole Damn Show” will be working a limited schedule for WWE and is working with the company under a short-term contract.

Do you want to see Colt Cabana become a WWE commentator? What do you think of RVD’s comments? Post your comments in the box below.