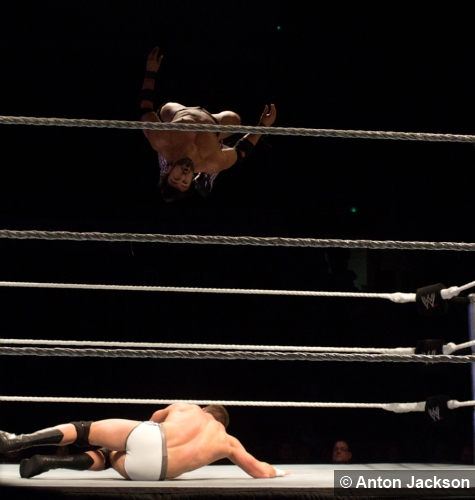 The 32nd edition of WWE Main Event came to you from the PNC Arena in Raleigh, NC. After failing to regain the United States Title from Kofi Kingston on last week’s Main Event, Antonio Cesaro voiced his frustrations on RAW, touting a lack of “competition”, but on this week’s Main Event, “The Swiss Superman” would get his wish as Antonio Cesaro goes one-on-one with nine-time World Champion “The Viper” Randy Orton!

The show kicks off with the featured attraction of WWE Main Event as “The Apex Predator” Randy Orton would go one-on-one with “The Swiss Superman” Antonio Cesaro. In the end, it was Randy Orton coming out of nowhere with the RKO en route to picking up the win.

Main Event also featured a 6-Man Tag Match as 3MB, Heath Slater, Jinder Mahal, & Drew McIntyre, faced the team of Justin Gabriel and Jimmy & Jey Uso. In the end, it was Justin Gabriel hitting the 450 Splash on Drew McIntyre en route to picking up the win for his team.