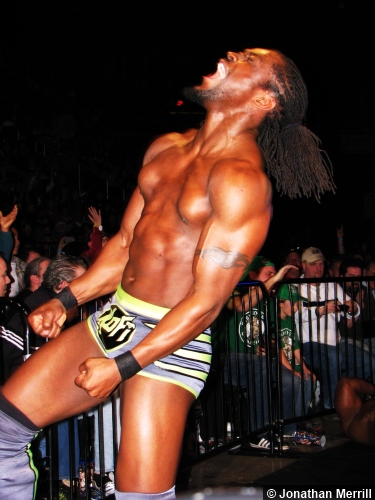 WWE.com is reporting that, during a post-match attack by Ryback during Tuesday’s SmackDown tapings, Kofi Kingston aggravated an already injured elbow and now the injury will require surgery. The former United States Champion will undergo surgery on Thursday and is expected to be out of action for four to eight weeks. The planned post-match attack saw Ryback put Kofi Kingston through three separate tables.

What do you think of Kofi Kingston’s injury? Post your comments in the box below.