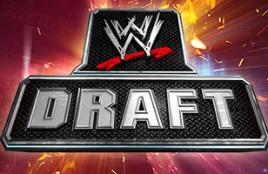 This Monday night’s three-hour RAW SuperShow in Detroit was originally slated to be the WWE’s annual Draft special, but The Bleacher Report (via the Wrestling Observer Newsletter) is reporting that the annual WWE Draft may take place on June 11 in Hartford, CT (which is the next three-hour RAW that the WWE has scheduled).

With the Draft being rendered essentially pointless given the fact that RAW and SmackDown Superstars just appear on either show at any given point regardless of what brand they are a part of, this year’s Draft will more than likely be treated with less importance than the Drafts of years past. Another sign that the brand split is meaning less and less by the day is that, when the WWE.com site was updated a little while ago, the Superstars were no longer divided by which brand they belonged to.

Of the names being considered for a brand switch are Randy Orton and Dolph Ziggler, with Alberto Del Rio already being moved to the SmackDown roster without any sort of formal announcement or explanation.

Do you think that there needs to be a WWE Draft this year? Post your comments in the box below.