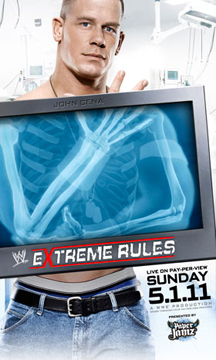 The fifth annual WWE Extreme Rules will come to you, live on pay-per-view on May 1 from the St. Pete Times Forum in Tampa, FL. As revealed on RAW on WWE.com, the Triple Threat Match for the WWE Title is now a Triple Threat Steel Cage Match with a new participant added. Also, a special match type has been named for the tag team match pitting Jim Ross & Jerry “The King” Lawler against Michael Cole & Jack Swagger. Here is the updated card:

What do you think of the changes made to the Extreme Rules card? Post your comments in the box below.