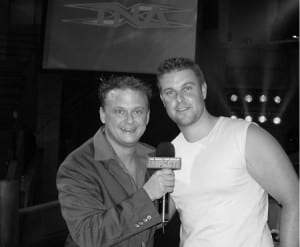 TNA will be hosting tryouts with a number of UK wrestling talents during their current UK tour. One of the brits taking part is former Wrestling 101 columnist; Scott Felstead aka Scott Future. On Saturday 29th January Scott will be competing in a ‘TNA Gut Check Clinic’ at the Wembley Arena observed by TNA founder Jeff Jarrett and road agent D-Lo Brown. TNA already have a number of UK talents working for them including the likes of Doug Williams, Magnus, Desmond Wolfe and Rob Terry.  Could we see another influx of UK talent appearing stateside?