REVIEW: The Duke is a lost gem that Covid stole from us

Recently we looked at the sci-fi film Vesper, noting its technical skill and intriguing setting. It’s a great movie that deserved a bigger audience, but in the post-Covid world, it’s not the kind of movie that a studio would risk releasing with a ton of marketing money behind it. Tons of movies have been dumped to streaming services, canceled outright, or delayed seemingly indefinitely as a result of the turmoil that plagued the movie industry between the Spring of 2020 and basically the Summer of 2022.

There is also a long list of lost gems: These are the movies that ended up getting released but to little fanfare or no marketing. Every now and then I’ll stumble across one and kick myself for not knowing about it or seeing it sooner. One such movie is “The Duke.” Originally slated to release in November 2020, it completed principal photography right as the pandemic exploded. The November release was delayed, as was everything else, to the Spring of 2021. That turned into a hope for an Autumn release but, once again, it was pushed. February of 2022 became the final date and this time it stuck, but along the way, the movie shifted to being a streaming release; the film premiered on Amazon Prime and a few other services earlier this year, and then released on home video this past summer.

I had no idea it even existed…until now. 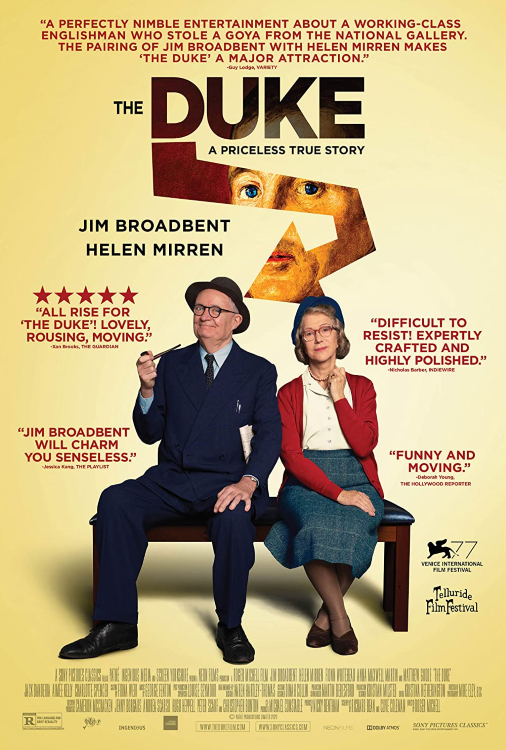 The Duke in question is Arthur Wellesley, the first Duke of Wellington. Specifically, it is a painting of the British General by Spanish artist Francisco de Goya, which was infamously stolen in the early 1960s before being returned a few years later, leading to a curious trial. In the interim, the presumption was nearly universal that some eccentric criminal or criminal organization had committed the heist of the century. The theft is even referenced in the first (proper) James Bond film, Dr. No., in which Bond sees the portrait in the lair of the titular villain.

Much to everyone’s surprise, it was revealed to have been stolen by a middle-class taxi driver. Even more surprising was the fact that the driver, Kempton Bunton, returned the painting with a full confession. Most surprising was the fact that he was acquitted on nearly all charges (they found him guilty of stealing the frame, but not guilty of stealing the art itself). Years later, Bunton’s son confessed to being the actual culprit, revealing that his father had taken the fall on his behalf. Due to the acquittal of Kempton, and the popular support his trial garnered him, the government decided not to press charges against his son. It was decades before the truth behind the thievery was ever revealed.

The film follows the significant events summarized in the above paragraphs, though it condenses things down to a six-month window to allow for tighter dramatic pacing, not that the movie needs it: The Duke is one of the most relaxing, enjoyable, effortlessly charming films I’ve seen in ages, and its subject matter, though hardly riveting on paper (at best it’s an interesting tale to tell over dinner), is handled deftly by everyone involved, namely the director, Roger Michell, best known for Notting Hill. This would be his final film before his untimely death in September of 2021. He went out on top, treating us to a pair of splendid performances by two of the UK’s finest: Jim Broadbent, playing Kempton, and Helen Mirren, playing his wife, Dorothy. 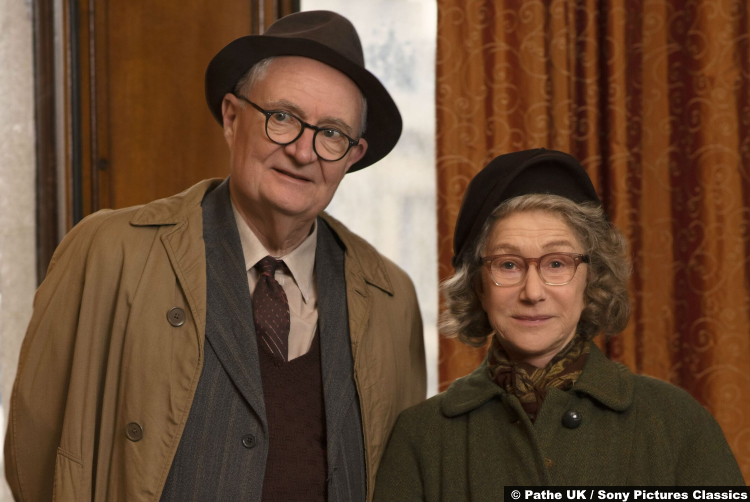 Broadbent plays Kempton Bunton as the most easily likable supposed criminal this side of Robin Hood. He is happily poor, completely unbitter, entirely unflappable, and moderately creative (he’s a perpetually aspiring playwright) while also bursting with an unshakeable optimism that keeps him plugging away. Most importantly, he is highly principled. He stands on street corners, megaphone in hand, decrying injustices. He sits at a small wooden booth, petitions at the ready, asking for signatures of support to do away with the TV license. He refuses to pay the tax, and even removes the receiver that allows his TV to view the BBC, where lesser men might desire to have their cake and eat it too, keeping the BBC while speaking out against the taxes that pay for it.

When the painting of the Duke is revealed, he has a litany of reasons why such a thing is a waste of taxpayer dollars, and he happily shares his list with all who will listen, leading to him being released from his job as a taxi driver. At the bread factory, he stands up for an immigrant being discriminated against, leading yet again to his being released from his employment. He is capable enough to keep a job, but he’s far too opinionated to keep his mouth shut, and neither reality can coexist. Does he mind? He loves his wife too much not to feel bad that he can’t stay employed, but he believes too strongly in his principles to abandon them for a quiet, comfortable life.

When he finally stands trial, his lawyer privately warns him that there’s very little chance he’ll be acquitted. After listening to the prosecution’s side of the story, it’s easy to see why: He confessed to the crime. What more is there?

As it turns out, just enough to set him free. 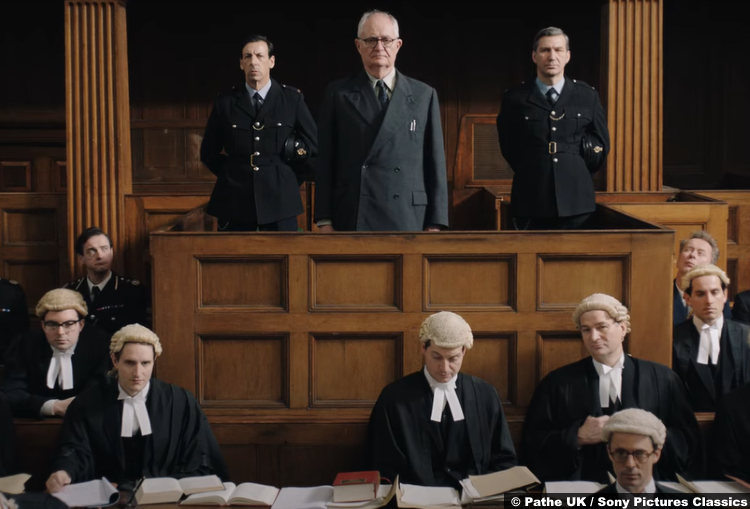 The lawyer appeals to the humanity of the defendant, arguing that he only wanted to help people, to use the money that was to be paid for the return of the painting to purchase TV licenses for older UK citizens who fought for their homeland in a World War yet who have not been treated with the right amount of thanks by their government. Delightfully, the jury buys it, and though he could have endured a decade in prison, Bunton instead serves only three months.

A final note before the credits points out that the UK Government no longer charges a tax on TV ownership to citizens over the age of 75. The movie also notes that Bunton, despite the popular support of the people, never saw a single one of his plays published. One can only assume that, if given a choice between an end to the TV tax on the elderly or a life of fame and fortune while the less affluent of his country suffered, he would choose the former every time. That’s just the kind of man he was, and The Duke’s greatest achievement is giving the rest of us a reason to see how happy we could be if we were all so selfless.

9/10 – The Duke is a charmer and one that all lovers of fine acting, sharp direction, and delightful acting will enjoy.