REVIEW: Smile is half-baked and missing a subtext

For the record, as with Barbarian, I went into my screening of Smile TOTALLY unspoiled. I hadn’t even watched a trailer. I don’t think I even saw the poster.

And, as it was with Barbarian, I’m glad I knew nothing as I sat down expecting nothing and halfway-figured I would be disappointed with yet another run-of-the-mill, cheesy, badly acted trope-filled horror movie. Instead…actually yeah, it basically was that.

Smile ended up being a movie that, at its best, was a rip-off of better works and, at its worst, failed to rise to the potential it clearly had. 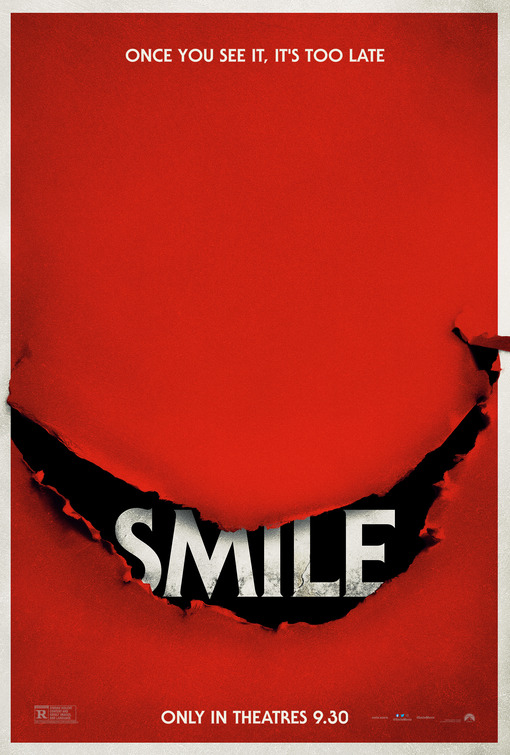 The list of movies this film drew “inspiration” from is long, with the two most obvious ones being Drag Me To Hell, Ring, and It Follows. The latter was so clearly an inspiration I’m surprised there wasn’t some Hollywood arbitration done to give David Robert Mitchell at least an acknowledgment. And yet, the movie I kept thinking about as I watched its many overlong and ploddingly paced scenes was a film writer/director Parker Finn apparently drew no inspiration from at all: The Babadook.

That movie, a 2014 classic from writer/director Jennifer Kent, used the template of a monster haunting a family as a way to tell a story about depression. The movie’s surface-level plot and its subtextual undertones were so tightly woven together they were basically inseparable by the end, allowing for a finale that was remarkably cathartic and satisfying on multiple levels…something the ending of Smile is absolutely not.

So what was this movie trying to be?

It Follows (another 2014 horror classic) was about a malevolent spirit that stalked young people, passing from person to person on account of their having sex. The movie never overtly or even heavy-handedly made the point that it was a parable of the dangers of unprotected sex, but the message was instantly apparent to all who saw it. Despite not playing up its subtext message as much as The Babadook, It Follows still managed to have an ending that satisfied while leaving you wondering if the evil really was vanquished. There was a resolution, clear and obvious, but with just enough of a question mark left behind to get you talking when the credits rolled.

Smile, on the other hand, ends in a wholly unsatisfying way. In fact, it doesn’t end at all. It just stops. And for a movie that drags on as much as it does, I can’t tell you how frustrating that feeling was, to have the entire sinister premise around which the movie is based just…win and keep going.

So…what was this movie trying to be?!

Nothing. It wasn’t trying to be anything. This is hardly a movie; it’s just content. It’s two hours to kill if you’ve nothing better to do. It’s nothing more than long, boring exposition scenes, occasionally interspersed with a few jump scares that produced a momentary shock without much-sustained dread. Admittedly, a few of the jump scares were effective, but it’s such an overused trope in horror movies these days, and the formula is so cookie cutter (rising note of tense music, everything goes quiet, protagonist sighs in relief, then BOOM, then quickly cut to a new scene), it’s lost all its impact. 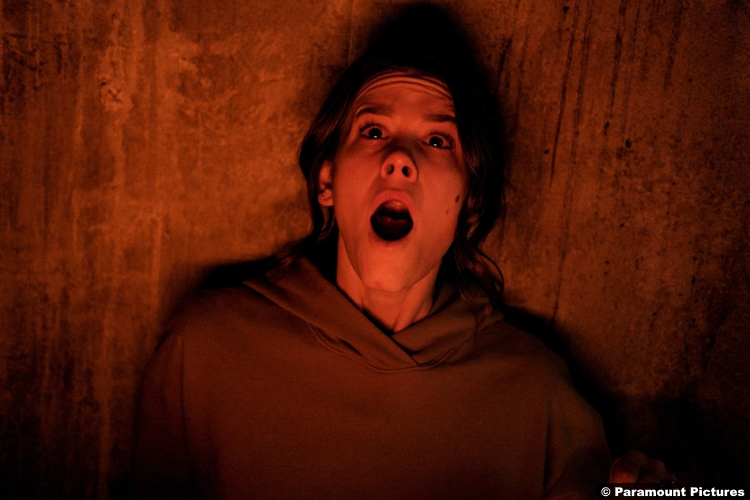 Jump scares do not work beyond the half-second they are actually happening. The very nature of them actually undermines the horror feeling you’re trying to cultivate in your movie, since the jump scare causes the protagonist to “jump” and scream but…never does the hero end up in any actual danger. It’s just a bad guy going “boo.” It’s the lowest common denominator/lowest-hanging fruit possible to elicit a reaction in a horror movie. Tension, suspense, and a persistent feeling of dread is what makes a horror movie effective. It’s what makes an all-timer like Hereditary so terrific.

Forget what it was: What could this movie have been?

Smile was this close to being a halfway good movie about a woman struggling to overcome repressed trauma. The main character, as a ten-year-old girl, witnessed her mother (a drug-addicted, emotionally abusive parent) overdose. She asked her daughter to dial for help but the daughter refused, choosing instead to let the monster die. As you can imagine, that created some lingering psychological issues that needed to be resolved. 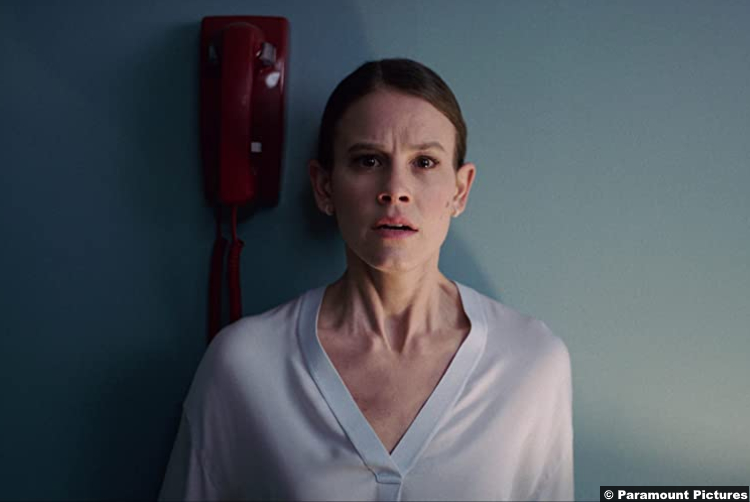 Later, as an adult, she discovers there is a monster that terrorizes its victims until it drives them to suicide. Every time the victim dies, the suicide is witnessed by someone, who then starts to become haunted by the same spirit until they commit suicide in the presence of someone, and on it goes. Setting aside how much the movie is just doing a riff on It Follows, you can see how the actual childhood trauma and the power of this monster are entwined. The movie knows they’re entwined. Cursory dialogue linking these two realities is given but…that’s it. Nothing ever comes of it. The movie does not put a bow on things. It doesn’t pay off the trauma. It doesn’t defeat the villain and give the hero the cathartic resolution she (and the audience watching) has earned. Not every movie needs a happy ending, I get that, but a movie like this is just a bait-and-switch. It’s the set-up to an ending that never comes. In the end, evil wins…and just keeps going.

What kind of an ending is that? In fact, it’s not an ending at all, it’s just a stopping.

Which is what this review is going to do.