REVIEW: Black Adam could have been worse (and better)

To say DC has had a hard time getting a comic book film franchise off the ground would be an understatement. They’ve had trouble even getting a string of successful movies off the ground. There have been hits and there have been quality movies that failed to light the box office on fire, but the misses have far outnumbered the hits.

Attempts to make a Superman-led universe work stalled after a single movie, leading to a rushed team-up/versus movie with Batman. A Justice League movie was rushed out the door to middling reviews and worse box office results than previous movies. Suicide Squad tried to make a franchise out of a team of anti-heroes but the first outing was a hot mess and the recent follow-up, while far superior, did not make the kind of money needed for the studio to breathe a sigh of relief.

A Batman movie completely disconnected from the others was a hit but, again, it’s completely disconnected. There’s a Flash movie on the way, starring an actor who might very well be convicted in court and facing literal decades behind bars. Aquaman 2 and Shazam 2 are the best hopes for a hit, which takes us back to the beginning: DC has had a hard time getting a comic book franchise off the ground.

The comic book film producer is running out of heroes. To whom will they turn next? 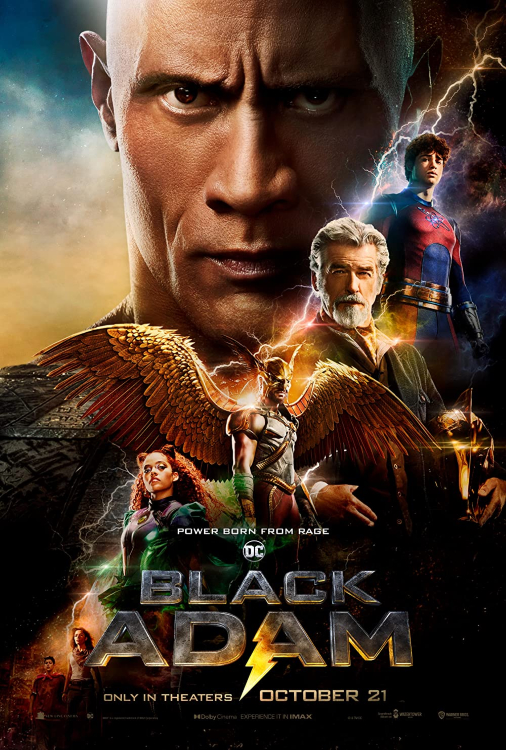 Dwayne Johnson has been trying to make a Black Adam movie happen since 2007. That’s insane. Think about the state of comic book movies and how much has changed in that time: The MCU did not exist in 2007. The Dark Knight hadn’t even come out yet. Now, finally, after fifteen years of work, Johnson has his movie. Very likely, it is not at all the film he envisioned way back when the character was talked about as the antagonist in a Shazam movie. It releases now at a time when Warner Bros is in serious financial trouble. They need a hit. Is Black Adam the hero they’ve been waiting for?

While I won’t go so far as to say Black Adam himself is the worst part of his movie, he is probably the second or third-worst part. He’s far from the best. It’s Pierce Brosnan’s Dr. Fate that steals the show here…so of course, they kill him off. Brosnan has a gravitas that works perfectly as Dr. Fate, and the actor seems perfectly at home in the cartoony world of comic book movies. I suppose playing Bond in more than a couple of very cartoony 007 films helps in that regard. Alongside him is a very game Aldis Hodge as Hawkman. He’s not given a lot to work with in the screenplay (neither is Dr. Fate, I suppose) but he carries himself well as the de facto leader of the Justice Society. The two younger heroes—Noah Centineo as Atom Smasher and Quintessa Swindell as Cyclone—have even less character development, but there’s potential there with all four of them. 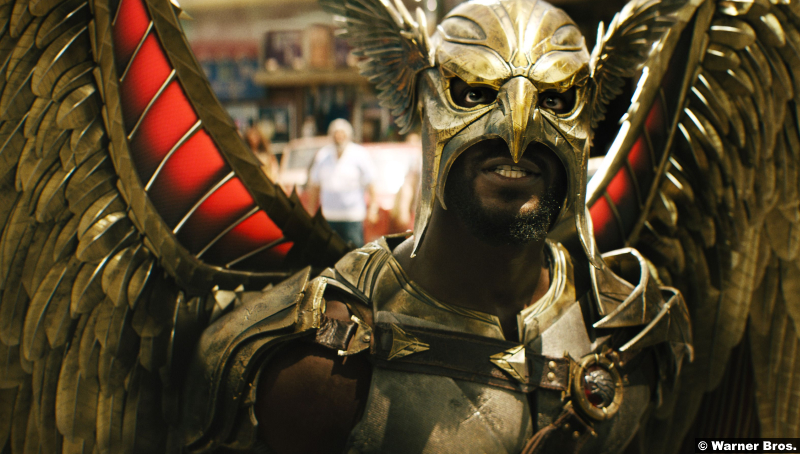 Oh wait, all three of them; they killed off the best of the bunch in his first outing.

None of the JSA are given even a fraction of the backstory as Black Adam, making the movie almost feel like a sequel film when we never got to see the origin story of how the team came to be. I suppose I shouldn’t complain too much about this: The movie is called Black Adam and not Justice Society, after all. But the fact remains, this would have been a much better Justice Society film than it was a Black Adam one. I’d much rather prefer the film had been reworked to focus on the team, with Black Adam functioning as a chaotic neutral, and the demon king monster thing as the big bad (ideally to be featured for more than the final fifteen minutes). In that case, end the movie with the villain defeated and Black Adam leaving/going rogue, setting him up as a big bad for a future movie. But I suppose the film itself was too much of a Dwayne Johnson project for that to happen. He won’t allow himself to play an outright villain, which makes the inevitable Superman showdown a preemptive disappointment.

So what are we left with? 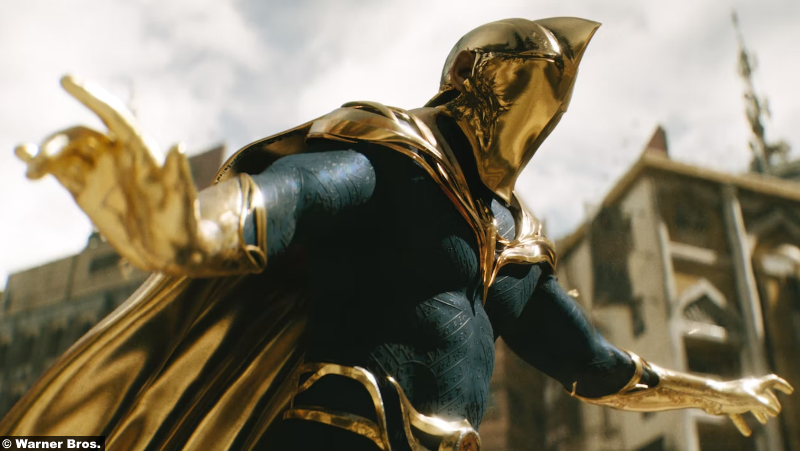 Black Adam is a movie I liked less the longer it went on. It starts fine, though a bit slow, and plods along with its very bland plotting, wafer-thin characters, and try-hard dialogue. Occasionally, it sparks to life and flashes some color and fun when the JSA shows up, then comes to nearly a complete stop just before the third act. I checked my watch more than twice around the time Black Adam inexplicably surrendered and allowed himself to be de-powered and imprisoned. Everything about the pacing and editing screamed “this is the denouement at the end of the movie” even though there had been no real climactic battle. Then, just as soon as he’s locked away, they’ve got to break him out. I get the script needed to remove him from the story for a bit, but the execution of that need was woefully lacking. The movie basically came to a halt and then had to rev back up for the finale against a final boss that was nothing more than a remix of the Whedon version of the Justice League fighting Steppenwolf.

There are Shazam references all over the place, but zero hints of the hero himself, despite Black Adam being Shazam’s number one villain. He is Shazam’s Joker, his Lex, his Sinestro. Is Johnson’s ego going to leapfrog him over the character’s actual rival in favor of a forced showdown with Superman that we all know will end with the two of them teaming up against some kind of “even bigger threat”?

Yes. Yes it will. 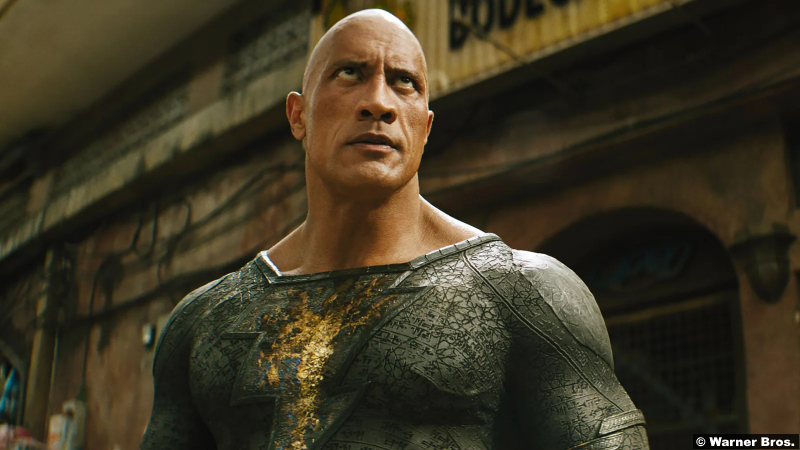 Dwayne Johnson is a maestro at marketing himself and dragging his film projects to bigger box office success than their typical quality level should allow. I’m sure his name and likeness being attached to this will earn it 100 million more box office dollars than it otherwise would have achieved, but the fact remains that Black Adam is not the savior DC Films needs it to be. It’s merely an alright, occasionally promising, mostly bland movie about a villain forced to pretend he’s a hero when it all would have been much better if his natural villainy had been allowed to flourish.