House of the Dragon S01E02 Review: The Rogue Prince – The pieces begin to move

To elude a storm, you can either sail into it, or around it, but you must never await its coming.

Hey, we get a proper GOT intro here, with the music and the mechanical stuff and a whole lot of blood running everywhere.  The blood seems to be unlocking things maybe?  I’m sure that’ll make sense as we go forward.

The crux of this episode, as with all things Game of Thrones, is, well, the game of thrones.  In this case, King Viserys, who has named his daughter Princess Rhaenyra as his heir, has exiled and made an enemy of his brother Daemon, who has taken up residence and is amassing forces at the historic Targaryen homestead of Dragonstone.  Meanwhile, a new threat emerges in the form of the Crab Feeder, a creepy person who stakes down his enemies on beaches and amasses armies of crabs to feed on them.

And of course, this crab feasting is shown in great detail.

The problem of succession, which seemed to have been solved in the last episode, is made more complicated because, despite naming Rhaenyra as heir, the King’s line is still vulnerable.  Thus, his small council is urging him to take a second wife.

Unpleasantly, the most ‘worthy’ choice for a second wife is a 12-year-old, ew, who is the daughter of Corlys Velaryon, the heir to one of the ancient houses of Valyria with ties to the Targaryen dynasty. 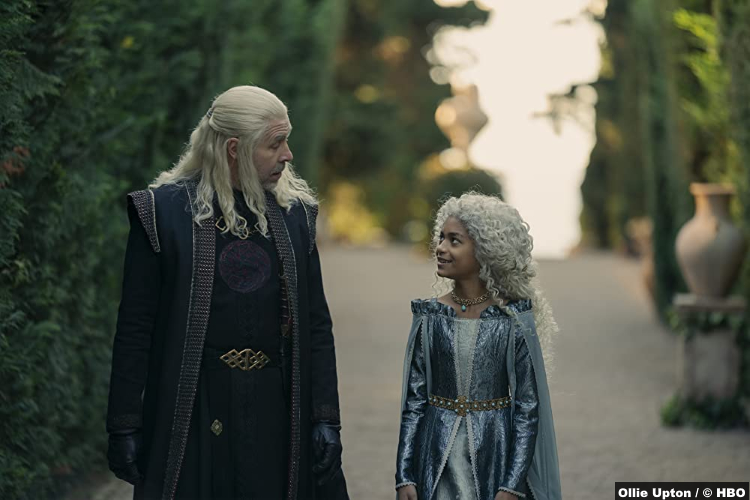 The King’s weakness is further demonstrated by his increasing injuries from sitting on the Iron Throne – in this case, infected cuts on his fingers necessitating, ahem, a maggot bath.

Thanks so much for leaving so little to the imagination, show.

For her part, Rhaenyra is doing her best to try to step up to the role of heir, showing some assertiveness at the council, only to be rebuffed and condescended to at every turn.  She does get the important job of choosing the next member of the Kingsguard, and given the choice of several knights who have never seen real battle, chooses the mysterious and extremely pretty Ser Criston Cole, son of a steward of the Lord of Blackhaven.  Ser Criston is the knight that unhorsed Daemon in the last episode’s tournament.  He has seen combat in the Stormlands, and so because he’s the only candidate with actual combat experience, the Princess chooses him.  The Hand of the King, condescending as always, tries to change the Princess’s mind because of the politics of the situation, but her mind is set, and she gets her way.  She’s trying to, so to speak, spread her wings. 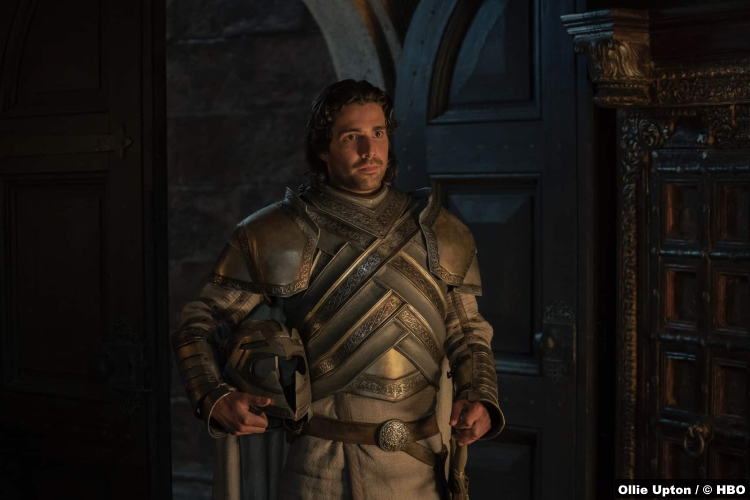 Meanwhile, we’ve got some major scheming by the Hand of the King, insinuating his daughter Alicent into the king’s bedchamber to serve as a kind of confidant and sympathetic ear.  It becomes clear as the episode progresses that Alicent knows there’s more there there, but I’m not convinced she’s masterminding the whole coup.  And a coup it is, because after meeting with the literal child he’s supposed to marry to unite and bring peace to the realm, the King ultimately decides to marry Alicent.  It’s a move that shocks Rhaenyra and may prove a significant rift between her and her father – but it’s not as big of a rift as that which is created between the King and Ser Corlys, who runs straight to Daemon after this announcement to scheme. The King’s decision here doesn’t look like the right one – in fact, in the moment, it looks like the worst possible decision.

The best scene in this episode is the showdown between the King’s forces and Daemon, who has stolen the dragon’s egg that was meant to be placed in the crib of the doomed babe who was “heir for a day.”  This insult proves to be one step too far for the king, who sends a detachment to Daemon to demand he relinquish his throne at Dragonstone and give back the egg.  This confrontation looks like it could start a war, but with Daemon holding the egg – and a literal dragon – it’s checkmate for the King’s forces. 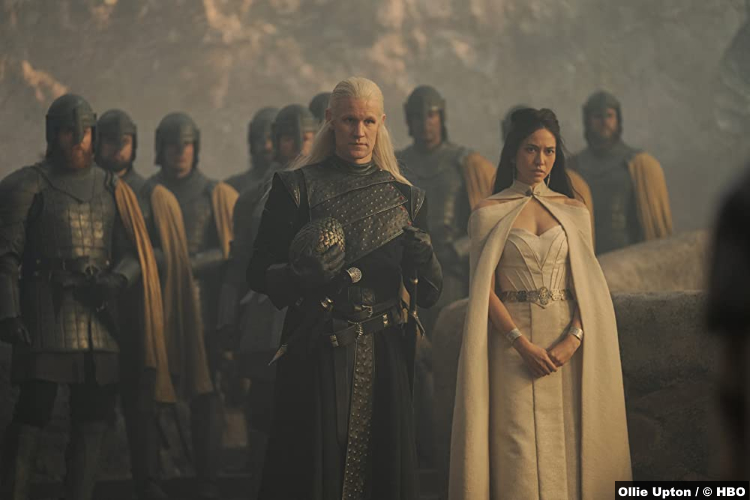 Until Princess Rhaenyra flies in on her dragon to even the odds.  It’s a bold move that she undertakes fully without the King’s knowledge or permission, but her confident walk, parting her father’s forces before her and walking straight up to Daemon, daring him to kill her because she’s the heir and he wants to be the heir – it’s a damn gutsy move for the teenage princess.  Daemon’s gambit of introducing a prostitute as his future 2nd wife doesn’t look to be going the way he’d like, either.  I’m not entirely sure what his game is there, except that he’s clearly trying to establish himself as the legitimate heir by making himself look the part.  We’ll see how all of this shakes out with Ser Corlys’s defection to Daemon’s cause.

So the chess board is set, the pieces are ready to move, and the game, as it were, is afoot.  We’ve got a legitimate king making an unexpected gambit of announcing his intent to marry someone entirely unexpected.  We’ve got Daemon scheming in Dragonstone, now aided by Ser Corlys.  And we’ve got a creepy psychopath feeding people to crabs.

Sounds about right for this show, eh?

But was it a good episode?

Meh.  It was a scene-setting episode, punctuated by a few gross visuals that are of necessity for the show, and building the conflicts that will define the rest of the season.  On its own, it was honestly a little bit boring, if only because it was mostly a lot of talking.  Part of me really doesn’t want to have patience for this new show, and I’m already getting a little bit tired trying to keep track of the who’s who of it all.  Happily, HBO has a handy guide to the Targaryen family tree that has been of immense help, and I encourage you all to find and study that if you’re ever confused about “who that guy is and what his deal is.”

7/10.  A scene-setting episode that was fine, but not groundbreaking. 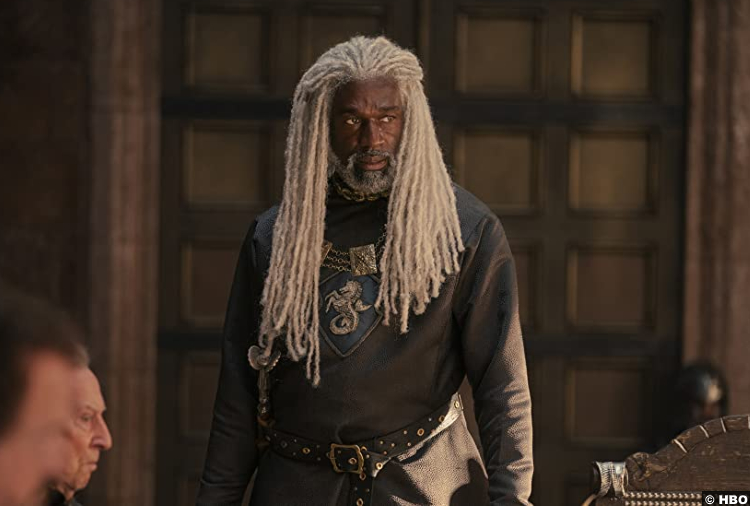