David and his faith have been a load-bearing element of the plot since the first season. He’s wrestled with it, doubting it and reaffirming it in equal measure. He’s been willing to go to dangerous extremes to prove it because he wants so badly for it to be real and true. In this week’s episode, he gets the biggest boost yet to his faith. Kristen, on the other hand, is not so fortunate.

In the wake of Victor’s revelations last week, she’s now struggling herself. Not necessarily with questions of devotion, but more with like, ones of trust. The fact that George the demon is now back, flossing with Lexis in Kristen’s bedroom, doesn’t help. (He’s also an influencer on VidTap now, if you’d like to follow him.) 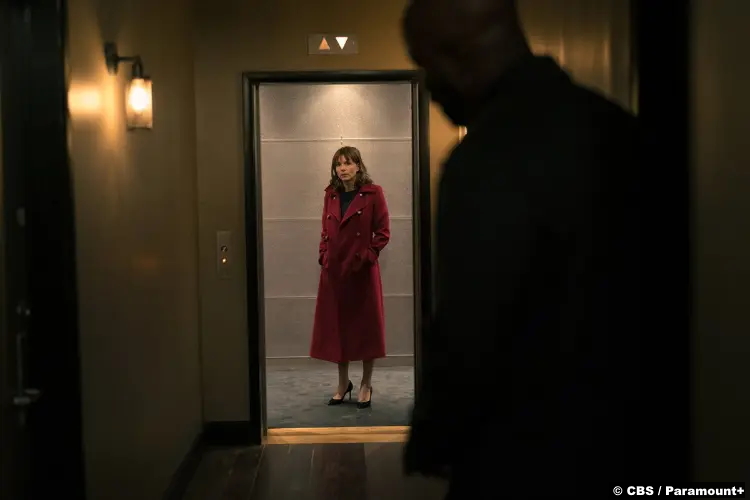 Accepting that Leland has been running a long con is pretty easy. It’s not like he’s hidden his intentions, after all. But since his introduction into her life dovetailed with meeting David, Kristen is now suspicious of him, too. She even asks if it were all a setup. And I have to say, I don’t get this. I kind of understand that she’d be wondering about his intentions. However, as I said, Leland has always been explicit about his.

David, though, has never shown any ill intent toward Kristen. He’s always been exactly who he portrays himself to be, at least in my eyes. And I mean, for the love of little green apples, he’s even kept her secret about murdering Orson LeRoux. (Yes, it just occurred to me that she might think he fed that information to Victor.) Unsurprisingly then, it’s upsetting to David that she would doubt him. He makes it clear by the end of the episode, though, that his faith and devotion will always supersede everything else. 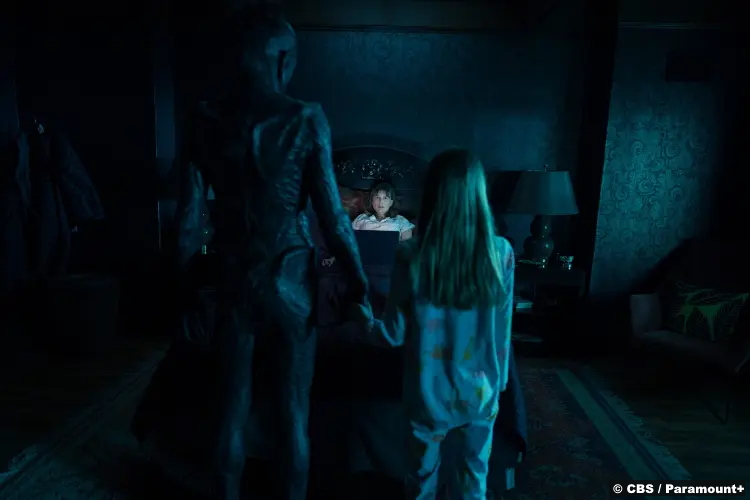 Speaking of, and speaking of my favorite drama king Victor, he’s particularly dramatic this week. In fact, I almost laughed out loud when he showed up in David’s confessional. DRAMA. He’s there with a new assignment for David. The team will hear about an emergency assessment. During the meeting with the subject, someone will say the word “honky-tonk.” David is to report back with the twelfth word uttered after that.

Sure enough, the request comes for the assessment. A toy store owner has called because he believes something has possessed his toys. They’re repeating disturbing messages, like the NotMagic 8 Ball, whose die keeps coming up with “Help me, I’m in hell.” Upon further examination of the ball, the liquid inside turns red and Ben finds a finger. Yikes.

It’s all pretty scary, yes, but it turns out not to be threats from an evil dominion. Instead, in a development that’s more tangibly scary, they’re messages from a labor camp. But the real purpose of the visit is, of course, whatever comes after “honky-tonk.” David dutifully delivers the message, which is tied to Grace’s predicament. However, a customer of the store also contacts the team. He’s concerned about his wife, who became ill after visiting a…honky-tonk.

Now we have opposing words. The man speaks frankly with David, insisting that his intel is correct. David pushes it with Victor, who tries to shrug him off at first. He’s insistent, though, which finds them both at another secret priest’s meeting. The priest in charge is negotiating for Grace’s release. Armed with David’s new message, he’s able to identify the person to whom he should actually be speaking. It’s all very religious cloak and dagger stuff, but the point is, they get Grace out. She and David have a nice moment together, where he’s able to see that his work does matter. 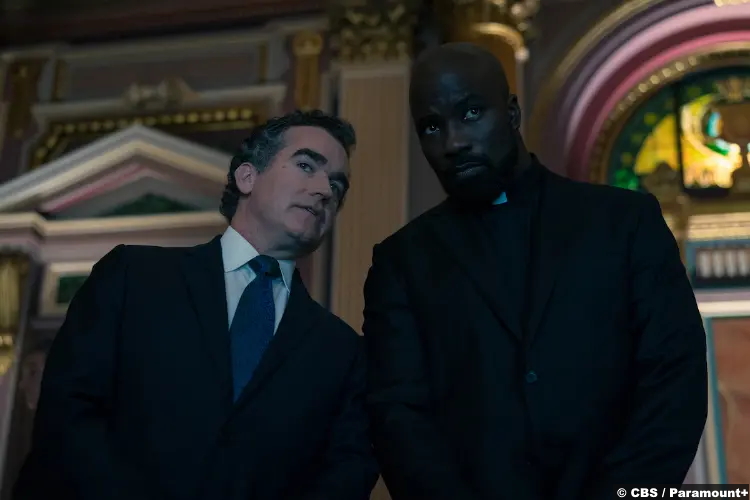 Lotta talk about honky-tonks, though. You wouldn’t think it’d come up in conversation so often, but anyway. Parenting. (A flawless segue.) As we know, Evil Fertility LLC “lost” one of Kristen’s eggs. Thanks to her attorney, who threatened them with a staggering lawsuit, we now know what became of the extra egg. The clinic donated it to medical research, which means the recipient used it for that purpose or they could have donated it again, this time for use in IVF.

And that’s exactly what happened. They gave it to a couple, Logan and Valerie, who are now expecting a baby. Hopefully, it’s not the demon baby Kristen dreams about, but you never know. Not on this show. To that end, Logan confesses to Kristen that the heartbeat sounded like a growl. She assures him that it’s normal pre-birth jitters. In retrospect, though, there were some wee red flags. 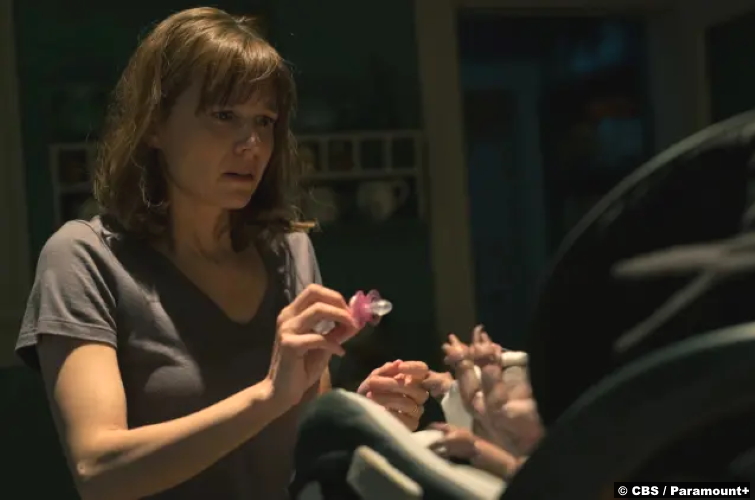 Like when Kristen visits the couple at home and Logan is spiraling about the poisonous plants in their yard. Again, it’s so little that it means something only in hindsight. You’d think, like Kristen, that it was just anxiety. However, when Logan calls in a panic, telling Kristen that Valerie will only talk to her, you know then. Something awful is coming.

And they don’t even have to really show us anything. The sight of Logan carrying a hand rake, covered in blood, which spatters the walls of the nursery, is enough. Valerie’s limp feet lying there. It’s enough. It’s too much, and it’s enough.

8/10 – While I thought last week’s case was a bit abrupt in its conclusion, I like the ambiguity this week. Like, was it a demon baby or did the anxiety poison Logan? I don’t know, but I like not knowing. Sometimes. Elsewhere, Kurt continues his descent into gold star ding-dongery by agreeing to possession. Lord. (Literally.) That’s a win for Team Evil, though, since Lexis, defying the predictions, doesn’t see Sheryl’s manager as a goat. Leland says that’s okay because she can still be an “ambassador,” but that sounds like a cope. A Satanic ambassador? Doesn’t quite have the cachet of the other thing, but sure.