It might not be fair to compare The Orville to Star Trek: Strange New Worlds but, then again, I’m not sure which show would be getting the unfair advantage. On the one hand, The Orville has had two seasons to hone its tone while SNW is only in year one. On the other hand, the new Star Trek show is only the latest in a long line of TV series in the franchise’s 50+ year history. Let’s call it a wash.

In that case, Strange New Worlds ended its first season with only three episodes that I thought were less than “very good” and only one of which I thought was mediocre. The rest were either very good, great, or even excellent. Sure, there were only ten episodes to review, but 7/10 being at least “very good” is a great start, especially considering the history of Star Trek’s first seasons.

The Orville’s third season is still on the air but it started a few weeks after SNW. By the time it’s done, it too will have ten episodes to its credit and, so far, before this week, only one had been less than great. That changes this week with the release of the second-weakest episode of the season, but it’s balanced by what is maybe the second-best. 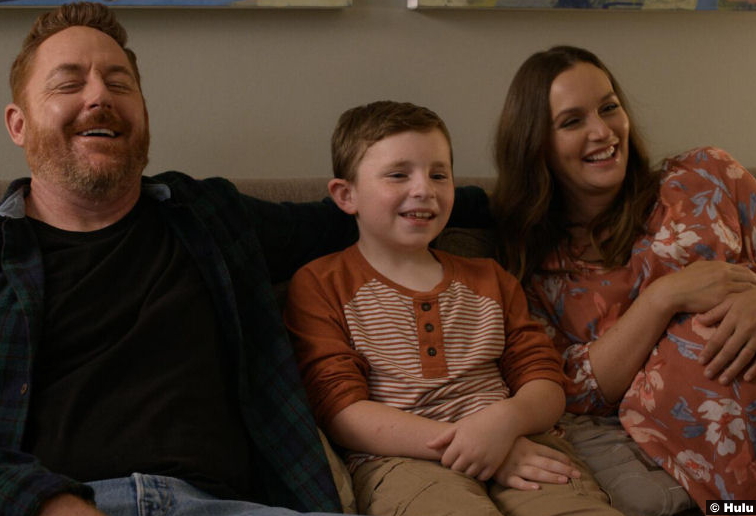 This time-travel outing is clearly inspired by two of creator Seth MacFarlane’s favorite 80s movies; it’s a little bit Back to the Future and a little bit The Voyage Home. Those weren’t the only obvious inspirations, however, as the episode also serves as a soft sequel to season 2’s excellent Lasting Impressions. And yet, to me, the episode I kept coming back to while watching it was Voyager’s polarizing episode: Tuvix. The difference here is this episode had a much more satisfying ending.

Like Tuvix, the plot presented us with a “no good answer” problem, but unlike in Tuvix, the story was constructed in such a way that everyone could win. Gordon ends up going back to 2015 Earth and (with a clear nod to Back to the Future III) sends a message to the future at the exact point at which he disappeared. The crew use their timey-wimey tech to go after him but accidentally misfire and end up in 2025. After ten years on earth, Gordon, we learn, has decided he was never being rescued, so he decided to make a life for himself in the past (despite breaking every rule in the book regarding time travel). When the crew finds him, they naturally insist he return with them, but he’s got a family now—a wife (Laura, from Lasting Impressions), and children—and he’s not interested in going back to the future. Frustrated, Mercer decides to jump back 10 more years and pick Gordon up when he first arrived, though that will mean erasing his family from existence.

The episode goes to great lengths to illustrate this as a Tuvix-like sacrifice, but it really isn’t. It doesn’t seem like it, and I’m disappointed Seth (who wrote it) either didn’t think of it or didn’t bother to show it, but the early part of the episode teased the notion of string theory. If I understand it right, despite what Mercer and co. said/thought, their going back 10 years won’t erase the “family man Gordon” from existence; it will just spin his life off into a new timeline. “Family Man Gordon” will not disappear. How could he? When would that happen? The moment the Orville went back in time, the ship left “Family Man’s” timeline/universe. So, as I understand it, “Family Man” continued living his life, happily ever after.

It would have made no sense to do this, but I think the best way to illustrate that, from a storytelling perspective, would have been for Gordon, at the end of the episode, to look at the cell phone he kept of Laura and find pictures of himself now inserted alongside her, to let him know that the other Gordon is still out there (back there…back then, whatever), living happily.

It wouldn’t have worked according to the science, but that string theory idea is sound, I think.

Setting aside the clever idea, great writing and acting, and good callback to the earlier episode, maybe my favorite part of the whole thing was the idea of using faster than light travel as an easy way to skip to the future. It’s so obvious, I can’t believe it never occurred to me in all my years rewatching The Voyage Home!

9/10 – Twice in a Lifetime is a low-key great episode, and when a show can do something this good without it feeling like a special event, that’s when you know everyone involved is hitting their stride. 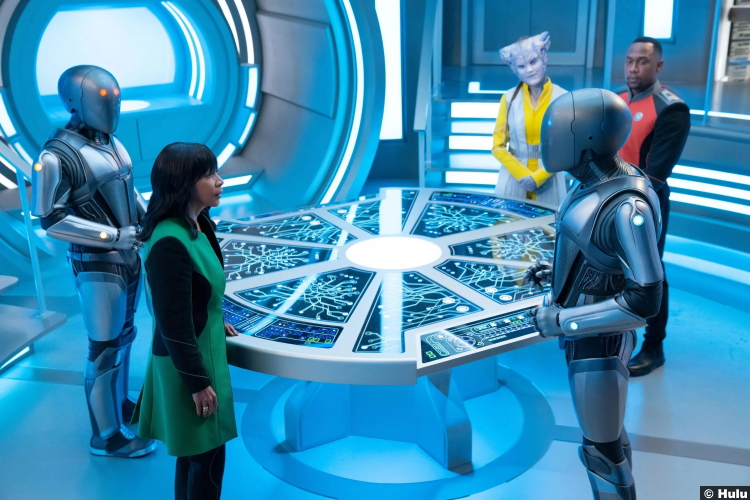 On the other hand, this one was frustrating.

There is a lot going on in From Unknown Graves. At times it feels like there are two A-plots and two B-plots crashing into each other, all vying for time. As for the two A-plots, one of them is a hot mess from the get-go, and the other is a waste of possibility.

1) First there’s the story of the alien race that the Union is trying to ally with in their war against the Kaylon. It’s a recurring theme this season and for good reason. The trouble here is the eye-rolling, cliche-ridden alien race of the week idea that feels ripped from TNG season one: The aliens have a female-dominant culture and treat men like second-class citizens. It felt like an 80s sci-fi trope best left in the 80s. Had they done something with it, some twist or a new angle, I might not be so harsh. Instead, this was just a paint-by-numbers time-filler. Obviously, the aliens serve as gender-flipped Mochlans, but those aliens have been given several outstanding episodes of character development. There’s nothing challenging or thought-provoking here. In a 45-minute runtime, this would have been cut down until it was inconsequential. In a 75-minute runtime, it was given way too much of the spotlight and did very little with it.

2) On the other hand, there was the Kaylon storyline. This was handled better, but it too was frustrating. I suppose this was the B-plot, as it branched off from the previous storyline, but as the episode progressed it felt more like the primary plot of the show (making the whole episode feel weirdly written and edited). As for the actual story elements, everything regarding the scientist and Kaylon she modified to have the means to emote (and thus feel remorse) was really well-executed, especially how it tied into Isaac and Claire’s ongoing plotline.

Where the whole thing faltered was with the concurrent depiction of the origin story of the Kaylon. On the one hand, I was fascinated by it. On the other, apparently, the whole AI uprising thing went from “new robots on the market” to “robots begin massacring their owners” over the course of like a single summer. I suppose it’s my fault for thinking something like that would take years to happen, as these things usually go (such as in the Terminator timeline, etc). I guess it makes sense that it would all happen very quickly; technology has the possibility to get away from us in that way.

I feel like there’s a better way to tell that story than what we got here, however. The episode would have been improved dramatically had it completely ditched the “females-in-charge” plot line and devoted a full hour to exploring the Kaylons. Make it a parable of technology being abused, talk about the dreaded “AI singularity point,” keep the Isaac/Claire story as is, and that’s a recipe for a great sci-fi outing.

What we got felt more like a waste of potential.

That said, I thought there were several funny moments, one-liners, and gags. Bortus was back to his season 1-2 form, which was very welcome. It wasn’t enough to redeem the episode, but it did help keep things from getting too bogged down. His line about the female aliens (“They…are awful.”) was perfect. The rest of the episode was not. 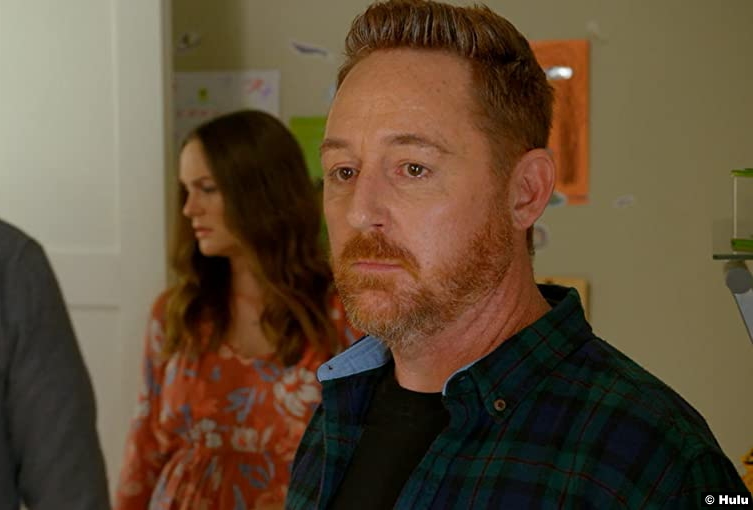