I have not read the book on which the film is based. It shares the same title, Where the Crawdads Sing, a pleasantly poetic phrase to describe a region of the southern USA where only those who grow up with it can find the beauty in it. “Crawdad,” if you did not know, is old southern slang for “crayfish,” which are kind of like small lobsters that you eat in bunches with corn on the cob and slices of summer sausage, usually outdoors because the entire ordeal is messy, and usually with friends and family surrounding a pile of the stuff. It’s primitive looking. It’s hardly couth. It’s as ingrained in southern culture as college football and calling every kind of soft drink a “coke.” Do crawdads actually sing? Not like Tony Bennett, if that’s what you mean. They make a sound, almost like a gargle, but when you’re in the middle of nowhere, without an unnatural light to be seen, swaying in a boat on the waters of a Carolina marsh, you can be sure to hear them, and under those conditions, you might even call it a song. Go to the place where there are no cities, where people are not found for miles around. It’s absolutely peaceful, but it’s not in any way quiet. The crawdads sing, and so do a hundred other kinds of animals. 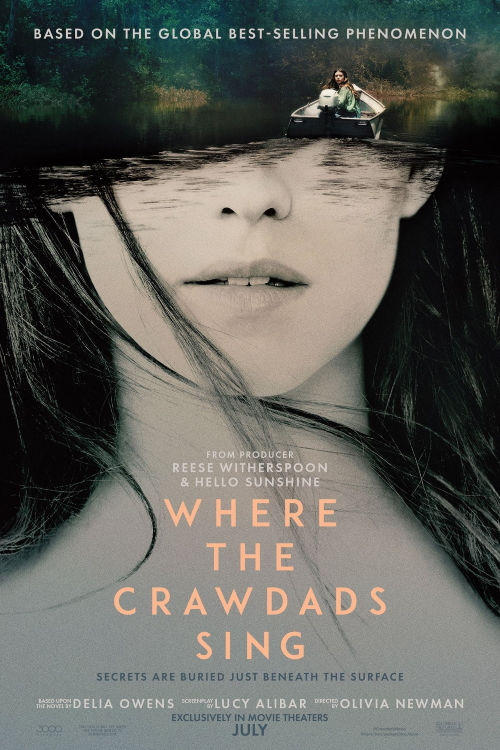 Seventy years ago, as the story goes, Kya, a little girl—one of several children—lives in a shack on the edge of a marsh. She loves her siblings and adores her mother. They’re all abused by their alcoholic, deadbeat father. One day, after being smacked around for the hundredth time, her mother suffers a nervous breakdown, sleepwalks her way into packing a bag and, in a haze, walks out on the family. Her father’s temperament does not improve, as you can imagine. One by one the children leave, each far too young to be on their own, and each determined either to survive or die anywhere but under their father’s roof. Eventually, only Kya remains. Her father mellows, at least for a time, until one day her mother writes them, having come to her senses and demanding the children be brought to her. The drinking retakes him and, soon, he leaves, never to return, presumably dead.

Young and alone, Kya learns to fend for herself. She befriends the older couple who run a small shop. She befriends a young boy. She tries to go to school, only to be ridiculed for her wild hair and shoeless feet. She does not have it easy, but she survives. Like the animals she admires in the marsh, she does what she has to in order to survive. She grows, matures, falls in love with a gentleman, then loses him to college. She survives. She endures. She meets another boy, this one forward, crass, lacking in cleverness or sensibilities. He insists himself upon her in multiple ways, both emotionally and physically, and she finds herself involved with him before she even realizes what is happening. And by the time she does, she discovers how much she is being used by him.

Then he winds up dead. 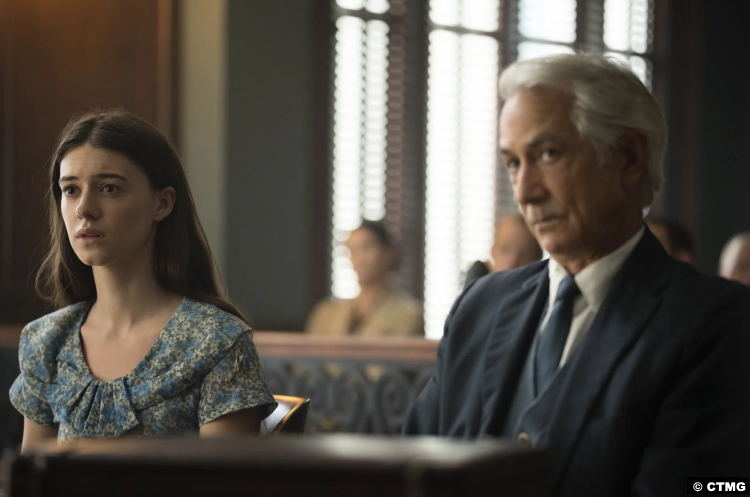 Where the Crawdad’s Sing is a Nicholas Sparks-esque story of love and heartache, entwined with a courtroom murder mystery akin to To Kill a Mockingbird. It makes for a curious blend, but I commend the filmmaker and editor for how well they balanced the two sides, and how skillfully they went back and forth between them. Never once did I get antsy, wanting to return to the other plot line—the courtroom or the flashbacks within flashbacks chronicling Kya’s life—nor did I find one storyline more or less engaging than the other. Both held my attention, though I can imagine some might find it too slow (even boring). Not me. I love a good courtroom murder mystery story, and if it’s well-written and well acted, I can appreciate a story of love and heartache.

This is not a perfect movie, however.

Kya is an exceptionally well-developed character, but other than her, the rest of the cast is paper thin. No one shows any degree of character development, growth, or nuance. It’s almost as if the film (and, presumably, the book) is so laser-focused on the main character that everyone around her just becomes planets orbiting a star, objects whose only purpose is to do something to the main character, or do something that the main character must react to. No one but Kya has any agency in the story. Even the lawyer defending her case is never shown gathering information or working the mystery (as is typical in these sorts of movies). Instead, he just asks Kya to give him more information about herself, which she does, and which we watch and enjoy, but that’s all we get. Good thing her life story is so captivating. I could also quibble with the final 5-10 minutes or so of the movie, which functions as a montage-laden denouement. It feels needless but, then again, the movie is basically a biography, so showing how everything wrapped up in her life makes sense in that context. It might be one of those things that work better on the page than it does on the screen.

That’s about it for the complaints. 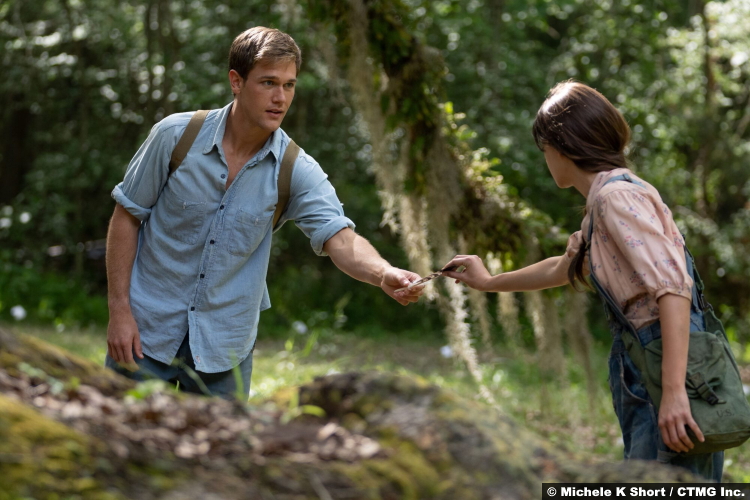 Even if it only involves about 40% of the picture, the murder-mystery element is the glue that must hold the whole film together. If it doesn’t work, nothing else will. Fortunately, the story handles the mystery without a hitch. There’s an obvious candidate at the outset and then a red herring comes along near the end, tempting you to change your mind, only for the ending to confirm your suspicions (but not before leaving you to wonder if they would ever get around to revealing the culprit). I might have wanted the courtroom part of the plot to get more attention vs the Notebook-like love triangle stuff that dominated the story, but that’s a personal preference. For what it did, the movie did things very well.

Finally—and this is something that really only matters to people who live in the southern USA—it was a nice, pleasant surprise to watch a movie set in the South, in the 50s-60s to boot, that didn’t make everyone out to be a bunch of backwoods yokels with stupid, exaggerated accents. Even though the main character is an unschooled lady who lives in a shack on the edge of a marsh in the middle of (very) rural North Carolina, she’s never depicted as stupid. In fact, she’s almost too clean and well-put-together. The movie keeps telling us how she’s regarded as this mysterious “marsh girl,” thought by the townsfolk to be an unkempt freak with glowing eyes, who might be the missing link between man and beast, but we see her walk around in town and though the community gives her looks, it’s not clear why. She’s clearly a clever, capable, attractive woman. What’s there to snicker at? It might not be realistic, but I’ll take that over the way Hollywood movies usually treat people from the South, which is often equally as unrealistic in the other direction.

8/10 – Where the Crawdads Sing is one part love story, one part murder mystery/courtroom drama, and one part the fictional biography of a woman who lived a life full of tragedy. It didn’t exactly leave me with optimism or joy or any strong emotions typical to the genres it featured, but it did leave me mostly satisfied, as any good (albeit imperfect) movie would.