When your inner voice is negative, it can be hard to ignore. After all, it’s your voice, and you can’t exactly ditch yourself. Just because it’s coming from you, though, doesn’t mean it’s true. That voice can lie and exaggerate, telling you, for example, that everyone hates you. And it can get worse than that.

It can start telling you darker things, like Cassie’s last remaining self in her mind palace does. I want you to know, though, that you can ignore a negative inner monologue. It’s hard, but our brains already do a great job sifting through all the many thoughts we have during an average day. I mean, imagine you gave as much weight to a commercial jingle you’ve got stuck in your head as you do to self-criticism. 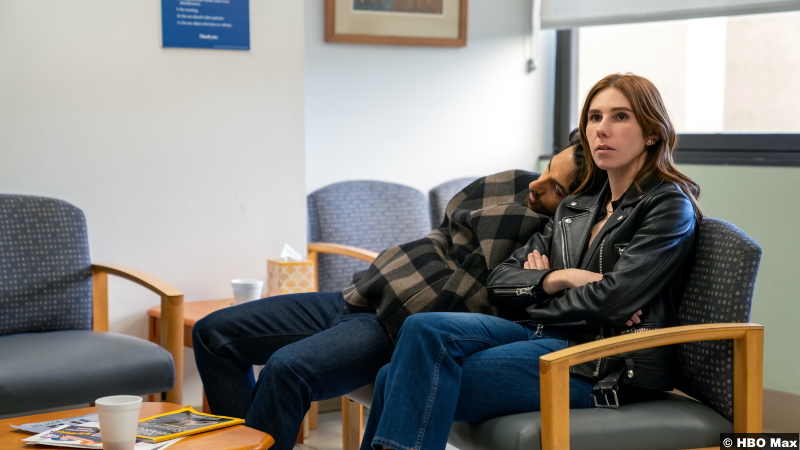 That would be kind of silly. But they’re both just thoughts. You have the ability to accept and reject them at will. And I don’t want to make this sound as if I’m a Pollyanna or as if I think we’d all feel better if we could just hug a rainbow together. I know all too well the lure of that voice. I consciously employ strategies to deal with my own. Sometimes, though, you’ve just got to do like Cassie and tell it to buzz off.

Because that’s another thing that happens sometimes. People think they’ve had enough, that they can’t go on. When put in a life-or-death situation, though, they realize that they want to live. And again, we see this with Cassie. Having given her statement about Grace and checked on Shane in the hospital, she goes with Dot, who insists that they need her. 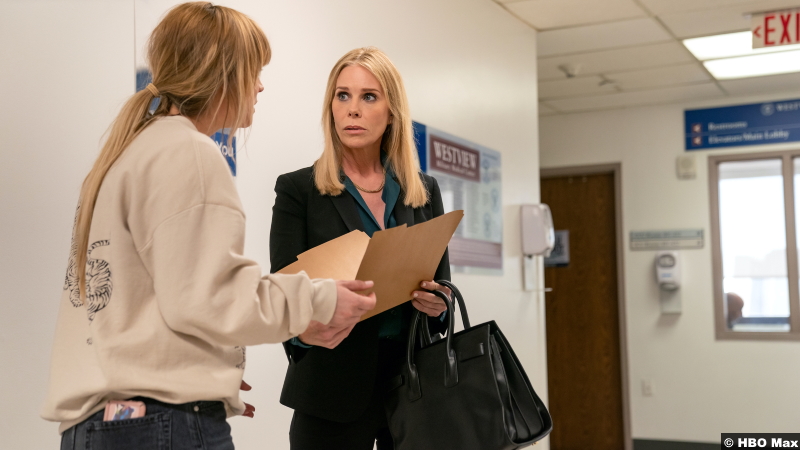 At this point, though, Cassie is still barely holding it together. I mean, she just saw someone die. There’s still blood in her hair. And that last remaining self keeps pushing her. Unsurprisingly, she doesn’t question it when Dot suggests they stop by her place. The traffic in LA is horrible, as per usual, and Dot’s place is closer.

As soon as they’re inside, though, the rest of the doppelganger mystery becomes clear. In fact, as soon as I saw the picture of Dot in a military uniform, I actually said, “Oop” out loud. It’s clearly the other half of the picture Grace had. However, in Cassie’s state, it takes her seeing a bottle of Santal 33 in Dot’s bathroom for her to connect the dots.

If you’ll recall, then you’ll remember that the doppelganger wears that scent. I mean, so do a lot of people, but sure we’ll go with it. (What I will not go with, though, is number one, Dot keeping it in the bathroom. I don’t buy it–too humid. Also, weird that they had Annie describe it as “seriously expensive.” Everything is relative, of course, and I guess it is kind of pricey, but it comes in smaller, cheaper sizes AND Annie is wearing a $1500 jacket.)

Once she figures it out, she reacts in the Cassiest way possible. First, though, again, she tells that inner voice to take a hike. To make like the iconic Pizza Hut campaign and book it. Then she tries to rush out of there while being phenomenally obvious. That just gives Dot time to do an outer monologue in classic Bond villain style. 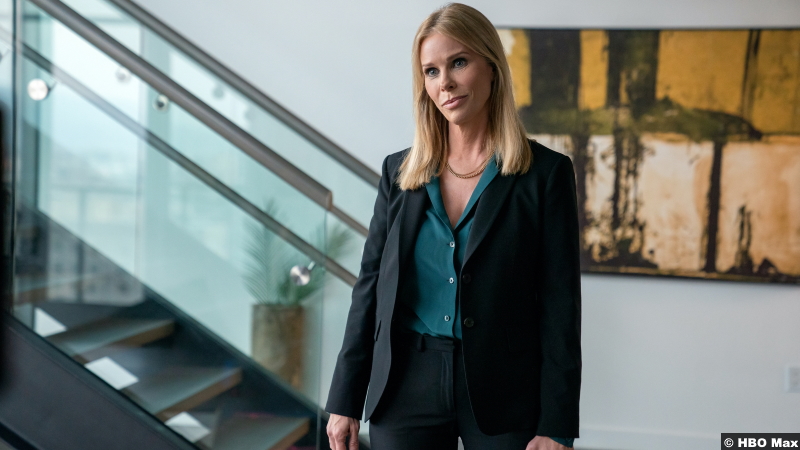 Her motivations are pretty irrelevant, to be quite honest. She was selling CIA secrets and didn’t care whom she had to eliminate to keep doing it. Girlboss, etc. The important part is that Cassie escapes. Benjamin, who also recovered from his stabbing, puts the pieces together and calls in backup to rescue Cassie.

So yay. However, since Cassie has been wading in all this drama, she kind of forgot about Davey. His messages, unfortunately, have turned from puzzling to concerning. When she tries to reach him, though, Jenny answers the phone. And I know we’ve–I’ve–been suspicious of her all season, but I feel I’m right to be.

I especially feel that, when Cassie arrives at her house–supposedly her late grandmother’s enormous house–and Jenny is immediately squirrelly about Davey. He’s in the other room, right. I wrote this by the way, before I found out what happens. It’s kind of like a bet I make with myself.

Well, pull out the noisemakers because I was right! I just didn’t realize what was driving all this. First of all, I should say that Davey is actually in another room. He is passed out, though, and Jenny has a hammer. That’s kind of alarming. Worse, though, is the shrine behind her. It is a loving monument to “Buckley” (the killer from last season). That’s why Jenny is so obsessed with the case and Cassie.

She’s not actually in a relationship with Feliks, though. (Also, apparently this is the spelling we’re going with for his name, and I will learn to grudgingly accept love it.) It seems as if she’s just a hybristophile. To that end, she visits Feliks–ugh–in prison, where he weaves a sad story about his ongoing love for Ms. Cassandra Bowden.

Jenny takes his interest in finding Cassie very seriously. She wants to find her, though, so she can copy everything about her and win Feliks’s heart. Once he’s established that, then he moves on to talk like, “You know, I bet if she was gone, I really could love you.” The con of it all!

Cut to a hammer-wielding Jenny chasing Cassie all over this house. (A particular lowlight, by the way, was the sex doll with a photocopy of Feliks’s face on it. Once again, ugh.) In the most inopportune moment, all the other Cassies return to her mind hotel. She sends them away on the elevator, though, which seems to send them away for good. And with that, she accepts herself as flawed, but trying. She is who she is and that’s “enough for [her].” Also, that self-revelation is enough time for Davey to revive and save the day.

Meanwhile, Megan gives herself up to Shane and negotiates a pretty sweetheart deal for treason. She’s in witness protection, it seems, but better than that, her family is with her now. I imagine that it’ll take some work for her and her husband, but I think they can make it.

You have to tend to your relationships, after all. That’s something that Annie and Max have certainly learned over the course of the season. We end this one, by the way, with their getting married. As Cassie prepares to leave for their nuptials, she also facetimes with Rick and Davey. Davey’s going to get his own help, because that’s one of the ways you tend to a relationship. You make sure that you’re the best you that you can be. 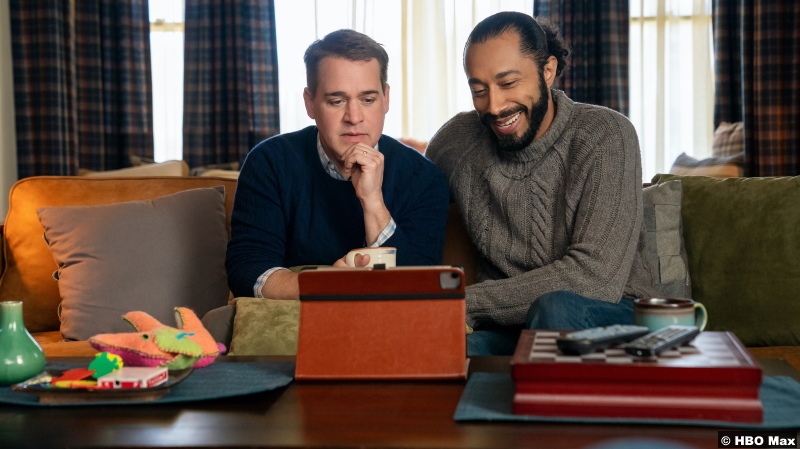 And speaking of relationships, I’ve left the most devastating one this season for last. I said in episode 6 that I thought that Cassie should keep trying with her mom. Consistency is another way that you take care in relationships. Don’t just call someone once a year, I mean. Anyway, their call is a baby step, but a productive one. I don’t know what else to say about it, mostly because I was sobbing throughout the whole scene.

It’s hopeful, though. That’s the way the season ends, on a pretty hopeful note. Annie and Max, now Vegas-married, are going to start their own business as private investigators. Shane describes it as “very 1979 Hart to Hart,” and if I didn’t love him so much already, then that would be the tipping point. He, by the way, has to leave the reception early to go do spy stuff. Love that for him.

Cassie, meanwhile, ends the season dancing with Max and Annie. They’re dancing to “Suspicious Minds,” which is my favorite Elvis song and very fitting for the show, but also very weird for a wedding reception. But I’ll go with it.

8.5/10 – Once again, a satisfying conclusion to a season of one of my Thursday shows. (The other being Big Sky.) This season might have been wildly implausible at times, but it’s always kind of been that way. It’s also always been entertaining, as well as moving, which are the two things I like the most in TV. (Besides being scared.) I have no idea where they should go after this, but I hope they go somewhere.