Last season, Cassie’s mind palace served as a kind of respite from all the drama. Yes, there was a dead man in it, but like a folkloric archetype, he was essentially a guide for Cassie, a way for her to work through everything that was happening. This season, however, things in the mind hotel are much more chaotic.

Since Cassie has no real connection to the first dead man of the season, beyond a brief conversation, he doesn’t play a part in her mind. Instead, multiple versions of her own self are in the mind hotel, working at cross-purposes. Well, that’s not entirely accurate. Often, their purpose seems to be disrupting Cassie’s life and her progress toward becoming a better person. 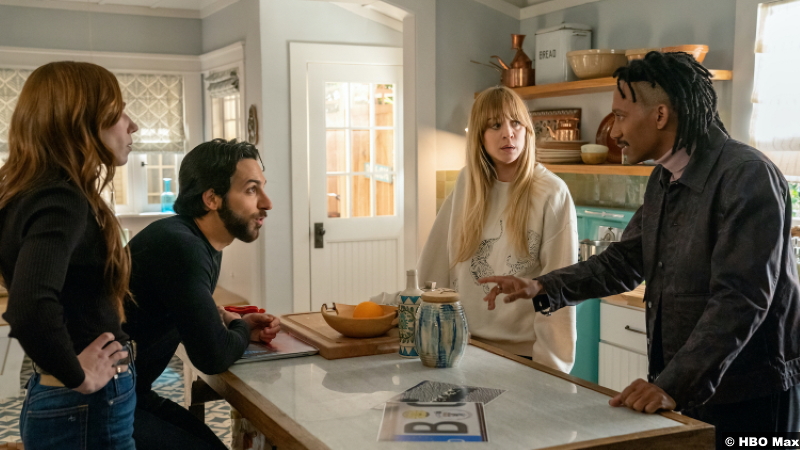 They’ve criticized her incessantly. They’ve encouraged her to break her sobriety. Both of these would be bad enough just coming from friends, but it becomes downright tragic whenever it clicks again that this is just Cassie’s own brain talking to her. No wonder she’s so often a glow-in-the-dark mess.

But she’ll have to work out all these issues at another time, because we’ve come down to the wire. After Shane and Cassie visit that boat from last week, they find that little has changed since then. By that, I mean that the bodies of the cloudy-eyed man and the other two agents who were onboard are still on the boat. That’s troubling.

Worse, though, is the realization that the View-Master slides are all basically harbingers of death. After all, they all give clues to locations where the double has left bodies. As there is only one slide left, the seemingly obvious conclusion is that there is one more body left. And if the double is going to pin all this on Cassie, then the easiest way is to make sure that Cassie can’t speak in her own defense. In other words, Cassie is the next target. 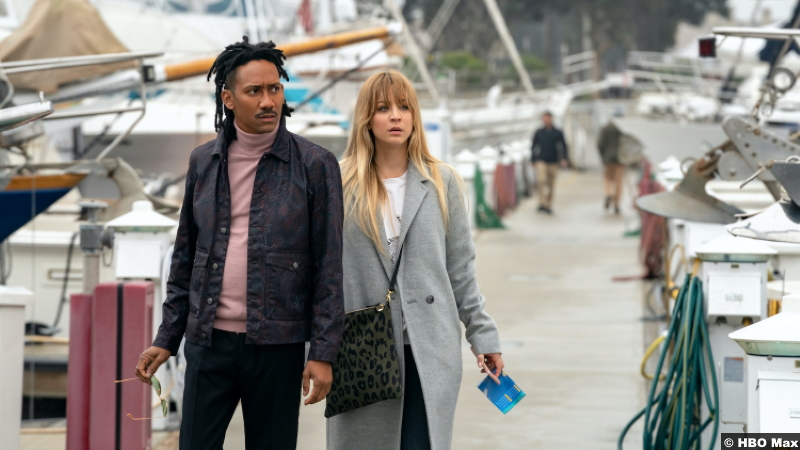 Max, always clutch, figures out that the last slide is an image of the Santa Monica Pier. That day is the last day the pier will be open for a while, though, as it’s closing for maintenance, etc. So for some reason, Cassie goes with Shane to poke around the Pier (???). I mean, I’m sure they explained the reasoning behind this, but it floated out of my brain because what? I’m just saying that if I suspected that I might be murdered at a certain spot, then I would simply not go to that spot.

Anyway, Cassie and Shane are at the Pier. Since Cassie is basically like a toddler, Shane puts her on a bench with orders not to move. Then she sees the double, headed for the carousel. What ensues after that is, at its core, a classic spy farce. Cassie chases after the double while Annie and Max, who have also come to the Pier, try to avoid the Diazes, who are also also there. Dot calls Cassie and thanks her for her help, then tells her to stay out of contact with Benjamin, who’s–you guessed it–suddenly at the Pier, too.

In fact, it seems like Davey, who’s sent Cassie a series of frantic yet inexplicable texts, is the only one not there. Besides, you know, Miranda. And Megan, who has a North Korean agent in her trunk. Look, she was on her way to turn over her evidence and hopefully, broker a deal for herself when this guy showed up. 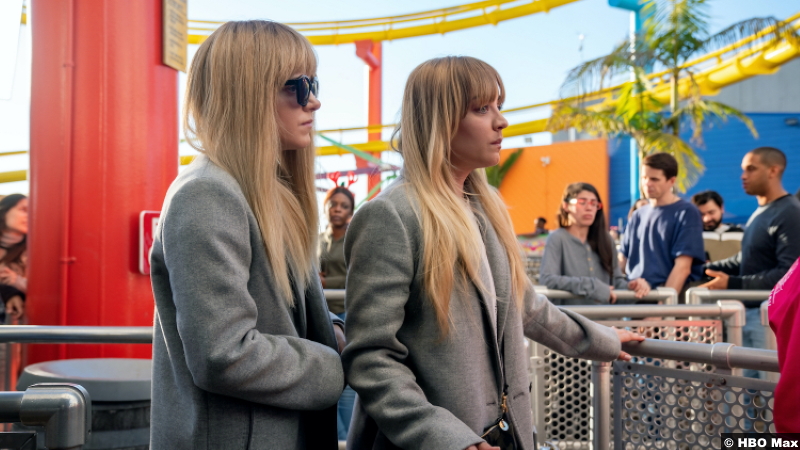 Okay, back to the Pier. Using the Diazes’ own Taser, Annie and Max get the drop on them both. Annie also gets back her ring, which it turns out, the couple did steal. Weirdos. As Cassie watches from the Ferris wheel, Shane and Benjamin have a confrontation that looks like it ends in Benjamin doing something to Shane, who ends up on the ground. It is a little hard to see from up on the wheel, though.

No sooner does Cassie get off the ride, though, than the double shows up to force her back on. And it’s Grace. Yeah, she’s killed all these people, but she’s seriously unstoked about having to kill Cassie. Oddly, she claims to have no knowledge of the View-Master shenanigans. As she struggles with what she’s been hired to do, Cassie tries to encourage her by telling her that there’s always another way. The path Grace chooses is, tragically, suicide. And what should have meant something falls like a dull thump, swamped by all the other developments this episode. But we have still one more yet to go.

7/10 – Unfortunately, this was probably the first episode of the series that actually disappointed me. It’s just so much and so much of it doesn’t make any sense, like why everyone was at the Pier. Or how Grace is dressed exactly like Cassie. Does she keep a replica wardrobe in her car just for these eventualities? Come on now.

And I know I should say “did” instead of “does.” On that note, the reveal and Grace’s death is so rushed, so weightless, that it ends up feeling like nothing. Here, one episode before the finale, it should feel as if the stakes couldn’t be higher. Instead, it only feels like that for the storyline.