I don’t know what I expected when I saw the first teaser poster for Chip n Dale: Rescue Rangers many months ago. At the time I assumed it would be a by-the-numbers reboot of the cartoon show I grew up watching as a kid. My hopes simply couldn’t get too high, especially when it was announced as a Disney+ exclusive. When the trailer dropped and I realized they were going for something a bit more parodic, I expected it to fall flat. Instead, it was magical. 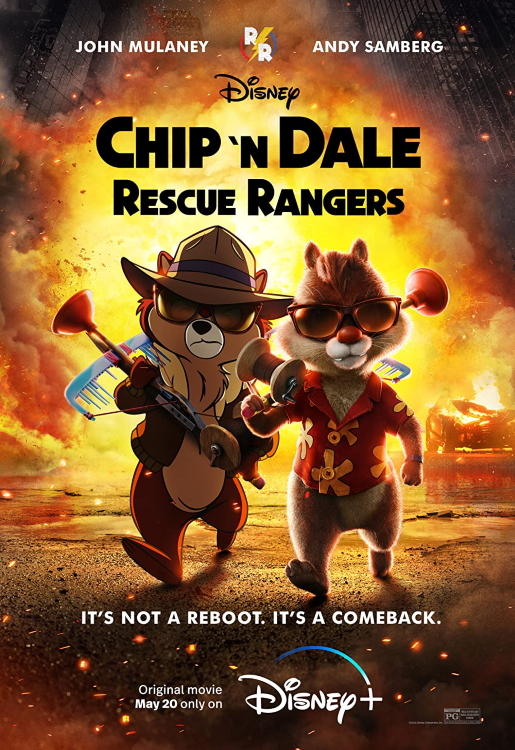 I probably should have guessed something good was brewing when it was revealed just who was making this movie. This film doesn’t just star Andy Sanberg, it is co-produced by The Lonely Island (the comedy team of Jorma Taccone, Akiva Schaffer, and Andy Samberg). Schaffer directed the movie and, if you know the quality of work that The Lonely Island usually put out, that much is apparent fairly early into the film.

This movie was incredible.

The first half was like watching a fever dream come to life. Like a dream, the movie had a strange vibe, full of spastic, incomprehensible, random appearances by a mish-mash of “things,” with characters speaking lines of dialogue that seemed more surreal than scripted. At times I was stupified at how Disney secured the rights to use so many non-Disney cartoon characters (and for a seemingly throw-away movie like this), at times I was bewildered at what was happening on screen (not that it was confusing, but in how idiosyncratic the humor was), and at times I was laughing hysterically.

This movie never would have succeeded if the script had not been pitch-perfect, and while I won’t say it was anything masterful, it did exactly what it needed to do. It was sarcastic when necessary, heartfelt when necessary, nostalgic when necessary, and absolutely bonkers when necessary. The whole thing might’ve slowed down and dragged a bit in the second half, but that first half…I can’t even describe it.

Sanberg and John Mulaney were delightful. The rest of the cast was a great blend of quality voice actors and capable live-action performers. Yes, at times it felt like something that would’ve been released straight to the Disney Channel a decade ago, but then there’d be JK Simmons hamming it up, or Seth Rogan with the uncanny valley eyes, and all of the little problems I might’ve had with the movie would just melt away. 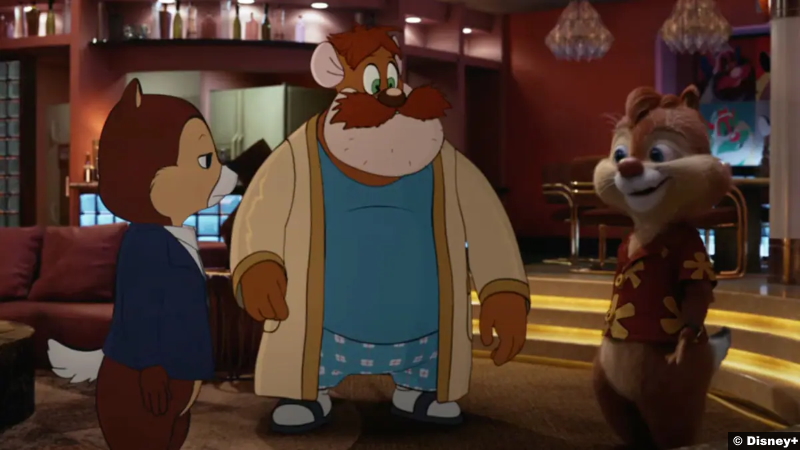 On the surface, the film has a presentation akin to Who Framed Roger Rabbit and, to a lesser extent, Space Jam: The real-life and cartoon world co-exists in a mundane, business as usual, sort of way, leaving any humor to be mined from such a clash of universes left to visual gags and such like. That sort of humor can only go so far; the novelty wears off after a few minutes and then the movie lives or dies on the story, the script, and the human actors, especially with how well they work with their animated counterparts.

That said, the comparisons to Roger Rabbit and Space Jam are purely superficial. Space Jam is a one-joke movie. It has its own charm (the original, I mean) but there’s not much else to it. Roger Rabbit is a genuine masterpiece, but there’s an old-Hollywood style to that movie; it’s made the way a craftsman carefully hews a beautiful bowl out of a chunk of wood.

Rescue Rangers is far too manic and bonkers for such a comparison.

There’s a moment, early in the movie, when we meet “Ugly Sonic,” the rejected version of the title character from the Paramount video game film, whose only appearance before now was in a wildly disliked trailer. Fans hated how oddly realistic Sonic looked, necessitating a complete overhaul of the CGI character. Bringing him back in a movie like this makes for an easy joke and I initially chuckled at the inclusion (and marveled at how they pulled it off), but then Chip is shown spacing out while Ugly Sonic is talking; he’s transfixed on Ugly Sonic’s weird, too-human set of teeth. That was the moment when I knew this movie was made by people who “get it.” They don’t just know “what” is funny, they know “why” it’s funny, and just about every other joke in the movie lands with the same degree of wink-and-nod charm. At least I think every other joke lands that way; I’ll have to go back and re-watch it to be sure, because there were so many jokes flying through every scene, and the dialogue was firing so rapidly, I am sure I missed a one-liner or two. 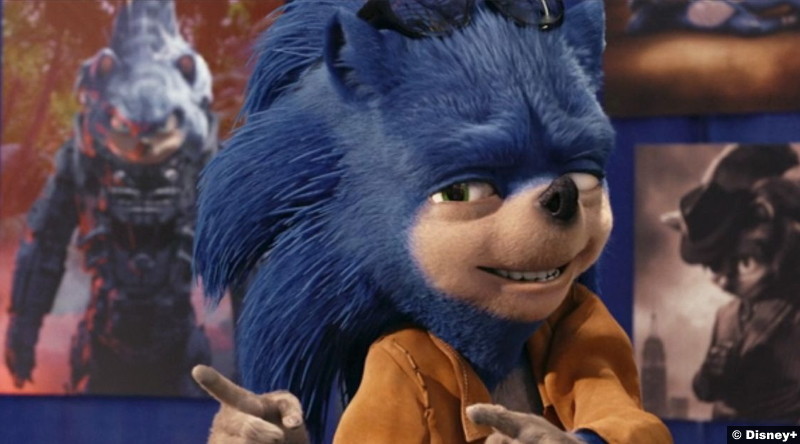 Curious, I glanced over some of the reviews on Rotten Tomatoes and noticed more than a few arguing that the humor of the movie and the many references to the original TV show make the film inaccessible for kids. I can only assume such things were written by people who no longer have kids. I can only speak for the two who watched it with me, but they were eating the movie up. The thirteen-year-old loved every meta-joke and the eight-year-old loved the team-up adventure aspect, the fun heroics, and the heartfelt ending. Did they get every reference? No, they didn’t know or care about He-Man or Voltron, but those characters were window-dressing. The story is simple and engaging, the acting is solid, the script is dense and overflowing with jokes, 90% of which land, and while the first half is definitely better than the second, the second half wraps up the mystery in a satisfying way, and even left me eager for a sequel, much more than a by-the-numbers, run-of-the-mill remake movie ever could have.

9/10 – Chip n Dale: Rescue Rangers is the most unique version of a movie like this I was ever going to see. I’m glad I did. 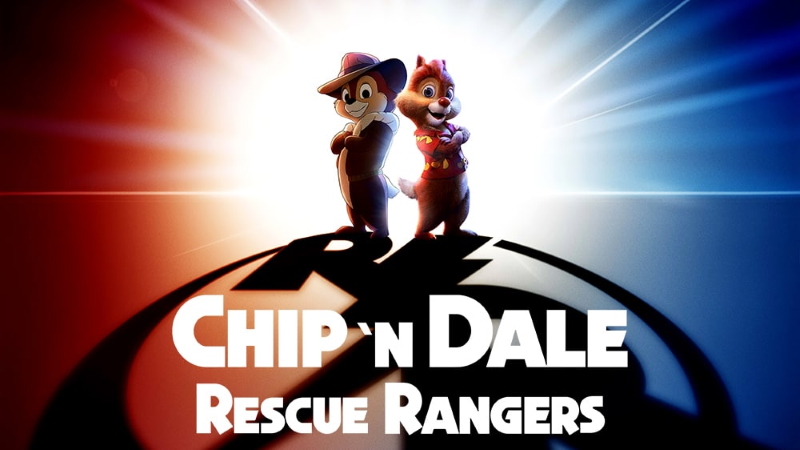