REVIEW: Fantastic Beasts 3 (The Secrets of Dumbledore) is a gloomy sequel with little pizzaz

There was a moment, about midway through the third Fantastic Beasts film, when Kowalski and Hicks are escaping from the dinner party/assassination attempt. They race up a stairway of magically-summoned book pages. It’s a slow-motion, vividly lit, beautifully shot sequence that lasts no more than ten seconds. It was my favorite part of the movie.

It was the only part of the movie where my eyes widened in wonder and I felt a little twinge of awe, the way the Harry Potter books made me feel when I first read them.

Had the rest of the movie even tried to emulate that one scene’s color, imagination, and excitement I would have walked out of the theater happy to anticipate another entry in the franchise. Instead, that ten seconds was an aberration. The rest of the movie is dark, dull, drab, and dour.

If there’s a prevailing color, it is grey. 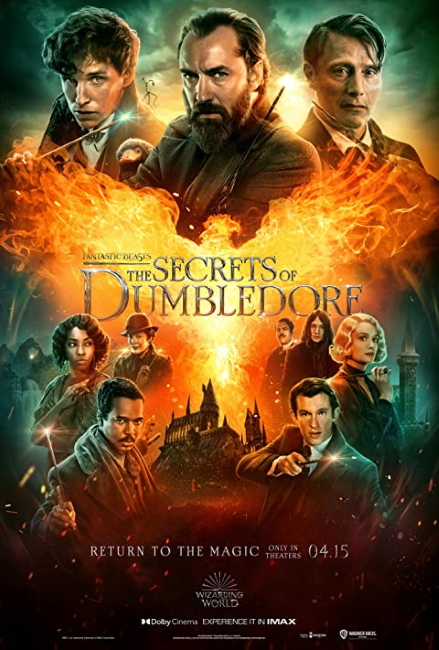 Following a successful movie brings with it certain expectations, goals, and challenges. You have to find a way to recreate the magic (no pun intended) of the first film without it feeling redundant or tired. You have to expand the universe, tell a new story, and grow the characters without it feeling like abandoning what worked the first time around. It’s a tough task to follow a movie that works.

On the other hand, following a failure has its own set of challenges. You have to identify the “almosts” and tweak them just enough to make them work. You have to take an honest look at the mistakes, be humble enough to completely abandon what didn’t work and try entirely new things that might work.

The first Fantastic Beasts film, which was released way back in 2016 had the unenviable task of following the uber-successful Harry Potter series. And yet, despite a few minor mistakes here and there, it did exactly what it needed to do: It did not try to reinvent the HP wheel, nor did it dare try to recreate the same moments and feelings of the original stories. Instead, it told its own tale, introduced new characters, and created its own tone. By and large, it was a great success.

The follow-up, however, was a flawed, flawed movie.

It had the task of following, not Harry Potter, but the first Fantastic Beasts movie. It too had to follow a successful film, though it had more of an advantage in that the first FB movie was nowhere near the tremendous box office monster that the original HP movies were, meaning there was less pressure on it. It also was, like the previous, an original story, not adapted from a novel, meaning all its twists and turns would be completely surprising to audiences. Everything was set up for a fun follow-up in what was announced as a five-part series. All “The Crimes of Grindelwald” needed to be was competent. It needed to rely on the new characters that were already well-liked, tell a fresh story, build on what worked, and tone down the misfires of the first.

Instead what we got was an absolute mess of a film, one which has only gotten worse in my estimation, as I was overly generous to it back in 2018. In fact, in my review, I said this…

It’s far from the franchise-killing disaster that some are making it out to be.

Perhaps it wasn’t, but the third movie might just be.

First of all, did the movie do anything to improve upon the previous one? Yes, but it did not go far enough. I would summarize the struggles of this new HP franchise as a two-headed beast. The first belongs to writer/mastermind JK Rowling. Her talents as a novelist cannot be challenged. The Harry Potter books are modern masterpieces of fantasy literature and will stand the test of time. On the other than, Rowling is—so far—not a competent screenwriter, and the biggest flaw with the second of these FB movies was how overstuffed they were with characters, plot threads, scenes, and moments that were completely unnecessary in a movie. They might work in a 700-page book (although I would again argue the biggest flaw in the HP books, especially the fourth and fifth, is that they are a bit flabby in the middle, and needed an editor with the power to tell the writer “no”), but they do not work in a two-hour film.

Here, in movie three, Rowling has reduced her role to mere “co-writer.” The result is a script that is tighter and snappier, though still not to the level needed to be enjoyable. There are still whole scenes that feel unneeded, entire moments that could be cut with nothing lost, and characters who could easily be condensed into single entities to tighten up the pacing.

The other albatross holding these movies back is the director, David Yates, the man who has been at the helm of the Wizarding World movies since Harry Potter and the Order of the Phoenix. To date, he has directed seven of these movies and absolutely none of them have any sense of style or visual flair. The three directors who preceded him, Chris Columbus, Alfonso Cuarón, and Mike Newell, each handled the material in different ways, but they all brought a sense of liveliness to their productions, whether it was Columbus creating a storybook world come to life, Cuarón with his oddities and eccentricities, or Newell with his embracing of teenage attitude, the movies had character, something which Yates’ films have sorely lacked. This movie is just butt-ugly to look at.

Not only that but so much of it feels like it’s focusing on the wrong things. Or maybe, to put it another way, it’s emphasizing the right things in the wrong way, and the wrong things in the right way. These movies have quickly become two different stories butting heads and fighting for the audience’s attention. On the one hand, there is the “Newt and friends go on Pokémon-like adventures” story. On the other hand, there is the “Dumbledore and Grindelwald plot and scheme against each other’s rise to wizarding prominence, leading to an inevitable showdown” story. The former is whimsical; the latter is dramatic. The former is the franchise’s namesake; the latter is the franchise’s priority. 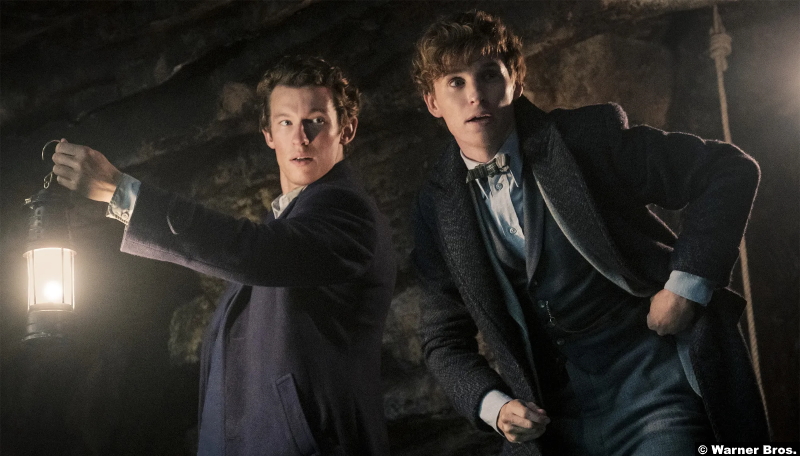 Yates and the writers seem to treat Newt as a side-attraction, a B-plot in his franchise. He has “things to do,” and were it not for the perpetually dark and drab color palette, his mini-adventures are the most lively moments of the film, but they lack a point. There’s a multi-scene sequence set in an abandoned German prison that features “fantastic” beasts. It has the potential to be harrowing, thrilling, fun, and more, but at the end of it you can’t help but think “but what was the point?” Someone gets arrested and thrown in prison and then, in the next scene, they break him out. Okay, but why? How did it service the plot? It didn’t. It had the potential to be fun, but only in a hollow sense.

The only reason it was there was that it features fantastic beasts, and that’s the name of the series. And yet, if it serves no point, then you’re undermining the series! Meanwhile, Dumbledore and Grindelwald are circling each other like lions about to strike and the movie treats their plotline like the most important thing. The problem is these scenes are slow, tedious, and boring (except for the aforementioned dinner/assassination scene). 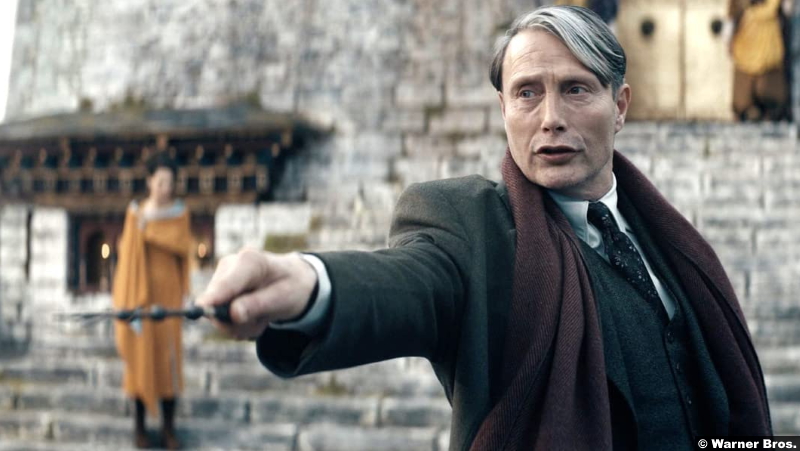 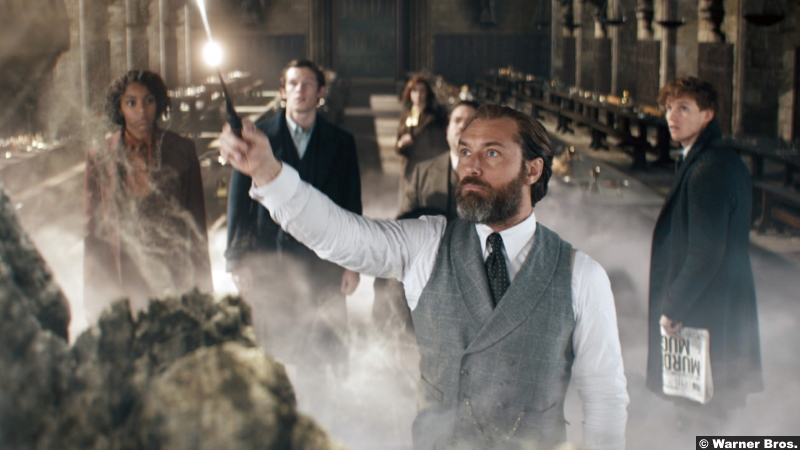 What we’re left with is a movie that doesn’t know what or how it wants to be. Is this a movie about Newt—a hopeful, humble, animal lover with a heart of gold—who gets caught up in a big, global conflict and who will ultimately play a key role in saving the day through those meek and admirable qualities? I think that’s what Rowling and co. would like to think these movies are about, but that’s not what this movie is. A movie like that would have put Dumbledore and Grindelwald in the background. Instead, that’s where Newt finds himself: He’s in the very dark, very drab background, where everything is grey and angsty, and unhopeful.

And I’m left asking: Why should I care? I already know how Dumbledore vs Grindelwald ends; this is a prequel, after all. It’s the story of Newt that feels fresh and new. If the franchise doesn’t care about him, then I don’t much care about the franchise.

5/10 – Fantastic Beasts: The Secrets of Dumbledore is a movie far too gloomy to remind anyone of the franchise’s magical roots.