Already we have broken down the entirety of Buffy’s seven seasons. Click HERE for a link to the previous articles.

Buffy is done, but the Buffyverse is not, and while the show that started it all might have finished its big storyline in a satisfying, poignant, and closure-bringing way, the torch was immediately passed to the other show, Angel, to bring an end to the entire television universe. Considering the troubles Angel’s third season (to a lesser extent) and fourth season (in a big way) had, a viewer might be forgiven to think the final season of Joss Whedon’s TV world would fail to stick the landing. 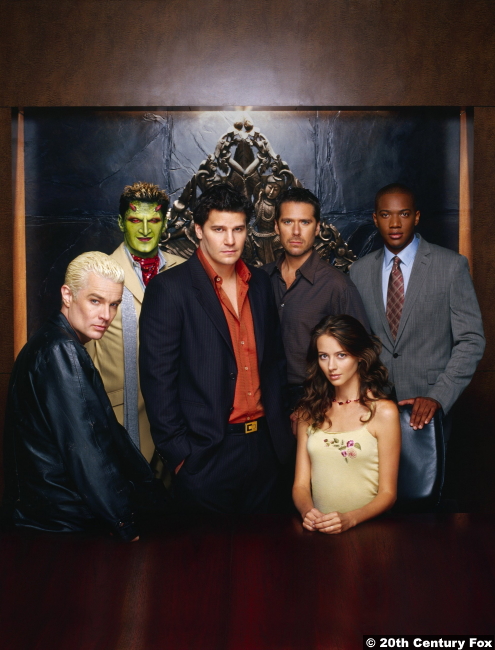 Angel’s season five is many things all at once, many of them contradictory, and yet the end result is a magical year of television. On the one hand, it’s a triumphant return to form for writer/director/creator Joss Whedon, whose final two seasons of Buffy were hit and miss, and his workload was spread thinly between multiple projects. As Buffy drew to a close, so too did Angel’s fourth season. As ever, the WB network held the show hostage, keeping the idea of a fifth season renewal an uncertainty until the last minute. When they did finally agree to finance a fifth year, they did so with several demands.

First, Joss Whedon would have to be the showrunner…

To understand this in TV terms, think of the showrunner as the most hands-on, day-to-day creative force on a TV show. It’s a position second only to the executive producer. If you’re a Star Trek fan, think of the dynamic at work during Deep Space Nine‘s seven-year run. Ira Steven Behr was the showrunner, starting with the third season. He oversaw the writer’s room, laid out the big picture idea for each season, and did a pass over every teleplay to ensure a unified, consistent “voice” was followed in each episode. Behr was truly the driving force behind every bold risk that DS9 took and his writers (Ronald D. Moore, Rene Echevarria, Robert Hewitt Wolfe, etc) followed his lead in crafting their episodes. But at the end of the day, it was Rick Berman who had ultimate veto power. Case in point: When Behr wanted a year-long arc that covered a Dominion takeover of the station, it was Berman who ordered it cut down to a few episodes to open the season. 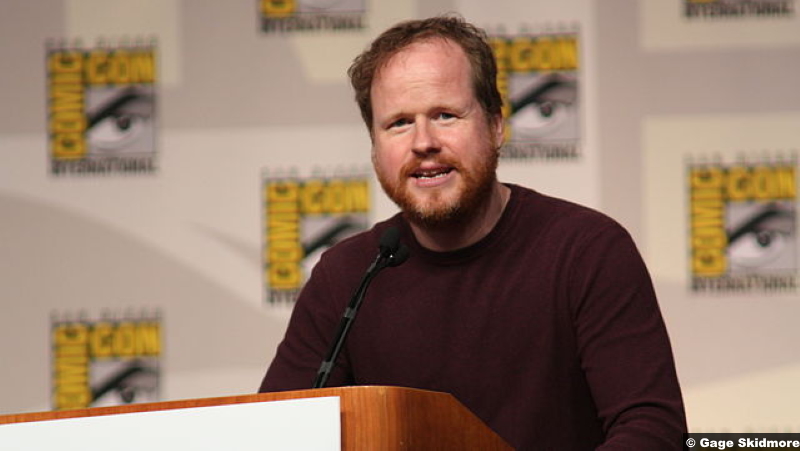 Back to Buffy/Angel: Joss Whedon was the showrunner for Buffy. He oversaw the writer’s room, laid out the big picture idea for each season, and did a pass over every teleplay to ensure a unified, consistent “voice” was followed in each episode. There are more than a few interviews by Buffy writers who freely admit that “if there’s a killer line or hilarious quip, it was probably something Joss added at the last minute.” He was not only showrunner but he was also executive producer, meaning Buffy was in almost every way his vision brought to life. The limited budget he had to work with and the demands of the network/censors were the only hurdles he regularly had to contend with. For the first four seasons of Angel, Joss operated as executive producer, while David Greenwalt (seasons 1-3) and Jeffrey Bell (season 4) served as his showrunners. Joss was still heavily involved in the stories and big picture goings-on of the show (not to mention writing/directing several episodes), but he left it to his showrunners to guide things while he worked closely on Buffy (and Fray, and Firefly, and Serenity, and a run on the Astonishing X-Men comic).

With season five, the WB wanted a Joss Whedon at his most attentive and they got it. There’s a feeling this year that Angel has not had before, and while you can also credit that to the other changes that were made to the show, you can’t deny the ever-present Whedoniness of it all. For the first time since the show began, Angel felt like a Joss Whedon series, albeit one that didn’t entirely lose the core identity it had developed along the way.

Second, the show would have to be more episodic…

Easily the most obvious change to Angel this year vs. the previous is the fact that the big, multi-episode arcs that defined the show going back to its second (and arguably best) season had to be nixed in favor of more one-off episodes. On the one hand, Buffyverse fans pointed the finger to the more serialized nature of Buffy’s sixth and seventh seasons (especially the second half of season seven), and how it was not as well-received as past seasons were, as the reason behind the change. I, on the other hand, think it’s more likely the WB executives saw the struggles Angel season four had in the ratings. The previous year had been the first to average under four million per episode and the storyline arc did little to build momentum for a new season.

So while it’s possible WB was partially influenced by Buffy’s last two years being regarded as lesser compared to season five, I think it’s more the case that WB wanted to course-correct and do something that would make the show more approachable to nonviewers who might catch a commercial the night before an episode aired. Once again, Whedon acquiesced to the studio’s demands, and crafted twenty-two strong, individual plots, leaving the overarching stuff to the background, woven throughout each episode.

Finally, the budget was going to take a serious hit…

Neither Angel nor Buffy had much of a budget anyway. TV budgets in those days were already hilariously small compared to movies, even for the big Networks and their top shows. Today, top-tier TV shows attract monster budgets and have special effects comparable to major motion pictures. You only need to compare the budget for a show like Lois and Clark in the mid-90s to the new Superman & Lois show on the CW. Sure, the latter show can benefit from better technology, but the effects on the newer show are comparable to those seen in a typical comic book movie, whereas the effects on the 90’s show were laughable when compared to the effects work done in movies of the time.

And yet, even in that handicapped budgetary environment, Buffy and Angel still managed to have an even worse budget. Quite frankly it’s astounding how much Joss and co. were able to squeeze out of the spare change they had to work with. It’s a good thing they had amazing writers and characters you could easily identify with and connect to. If these shows had to get by on their looks they never would have made it past the first episode.

All that said, the WB had the audacity to take the already tight budget of Angel and slash it even more for the fifth season. To be fair, Angel was an expensive show for a network as little-watched as the WB was in those days. On the other hand, Angel was in the top ten for network viewership every year and needed a much smaller budget than the newest hit for the channel, Smallville. The WB had shown a willingness to spend money on shows that needed a budget and which could appeal to an ad-friendly ratings demo. Angel had four years to prove it could do that and it did prove it year after year. Cutting its budget in year five felt like a shortsighted move to squeeze the last bit of life out of the show before canceling. 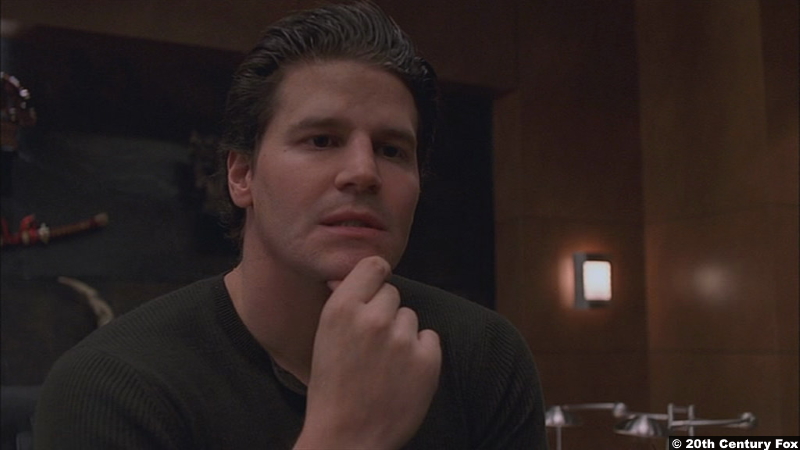