Okay, now we’re getting somewhere. I was beginning to think the show was just going to keep stringing us along on the mole’s identity. While watching this episode, I actually wrote down whom I thought the mole was, and I was prepared to keep writing names.

Of course, the show has dropped a lot of hints that it’s Gord. As I said last week, he would be a prime candidate for recruitment, as he’s in a lot of debt. And of course, we saw him taking a payment from Lior. But we weren’t the only ones. 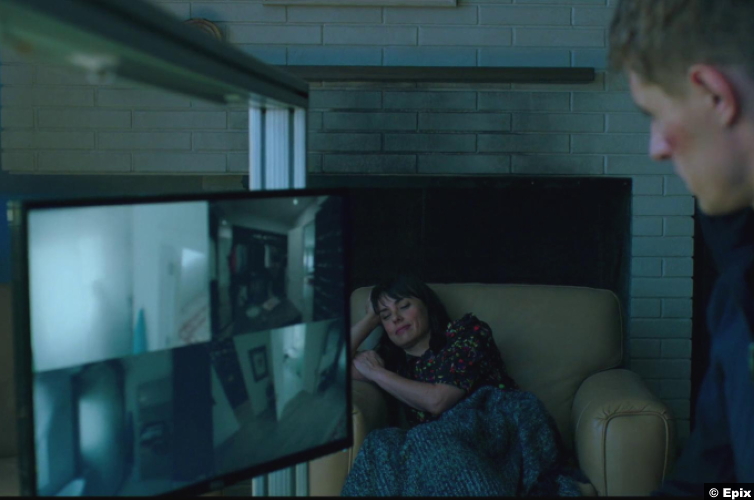 At Larkin’s little headquarters, they see the exchange as well. By the way, the “they” includes Joe, who’s “out of his exile,” I guess. Larkin is a bit suspicious of him and his motives, but she doesn’t know him (like we do). He is a good analyst, as we know. I mean, that’s what kicked off all the fuss last season.

He’s also the proverbial dog with a bone when there’s a mystery he can’t crack. Since someone literally cracked him in the head, he now has personal motivation. That’s relatable. I would probably want to get to the bottom of everything, too, if someone gave me a free concussion.

When they watch the surveillance from Gord’s boat with Lior, though, they don’t know him. Larkin has a suspicion, however, that her source might be able to identify him. She’s very cagey, by the way, when it comes to the source. She won’t name the person, which Tracy seems to find curious. 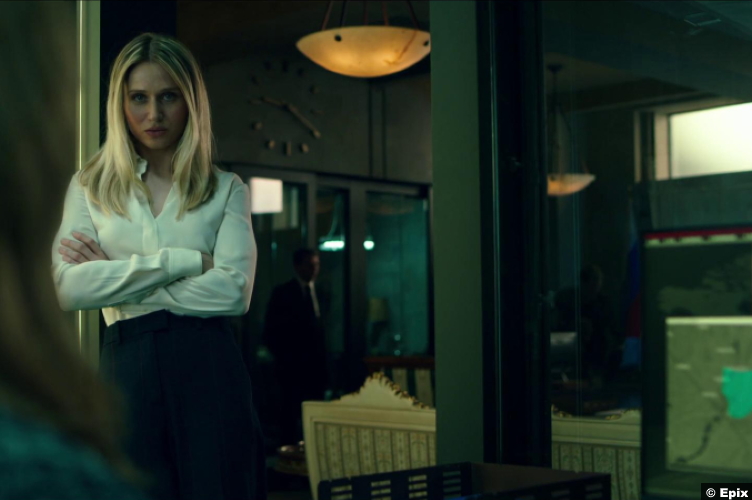 The implication here is that Larkin’s source is unreliable. Like, maybe the source is purposely feeding Larkin false information. In their meeting, though, this doesn’t seem likely. The source is Polina (Rita Volk), a coworker of Kat’s. And it doesn’t seem like she just volunteered her help. Larkin clearly has something on her.

Whatever it is, we don’t know (yet). But the conversation does lead to the reveal of Lior’s name. He is actually an Israeli intelligence operative, but as Larkin tells Joe and Tracy, American intelligence believes that Lior’s working for the Russians. Obviously, we know that’s right.

Well, I should probably say was working for the Russians. Because after a conversation in which Volk reveals that they used the Lior pay-off to frame Gord, Volk kills Lior. That’s what happens to loose ends, I say in a very film noir voice.

The shock of his death might have made you miss the other important info in that last paragraph. Gord was set up. He’s not the mole. And neither is the person I wrote down in my notes. (No, I will not share them.)

With the evidence of the payment exchange, though, they have enough for a warrant. Tracy, who’s been defending Gord the entire time, insists on picking him up. And he is practically seething when he does so. As would be expected, as we now know he’s not the mole, Gord’s in disbelief.

Joe is perhaps the only person who can unravel all of this. That is, of course, if he’s not also convinced of Gord’s guilt. And if he’s not distracted by his other continuing concerns, like what happened to Vasili.

Vasili’s actually in a safe house, thanks to Kat. But while he has awkward conversations with her, Joe remembers a crucial detail from the ambush. The guys who came after Sirin were in an ambulance. I think we call that a lead, boys.

If Tracy seems surprised by that info, then there’s a good reason. We find that out when he visits one of the would-be kidnappers because Tracy is the actual mole. He’s like, you rented an ambulance for our crime? Then he kills the guy. Loose ends, etc.

Meanwhile, Sammy seems to be doing better, but he’s still kind of giving Mae a hard time. Teenagers. Their conversation prompts Mae to go google Sam, which, yikes. I award an even larger yikes to her watching conspiracy-flavored videos about Sam and the whole mess from last season. 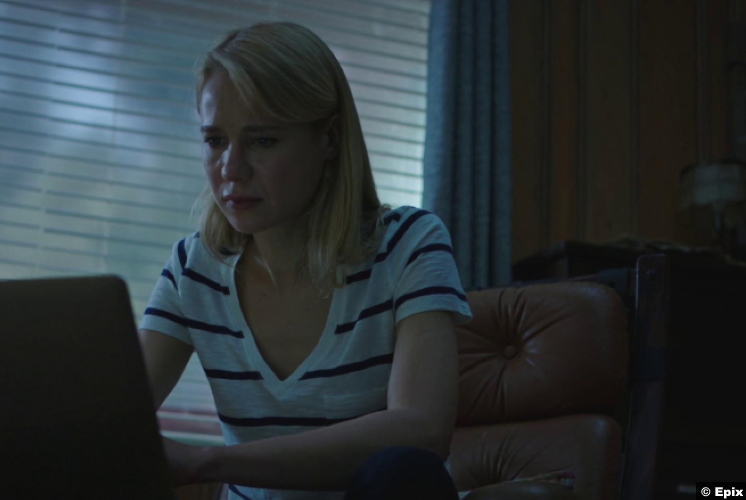 It seems to have a chilling effect on her. It makes her jumpy, for one thing. She also declines Eva’s suggestion to speak to Senator Thrush. If I had to guess at her thoughts here, then I would say that in the simplest terms, it’s scary. Wading into all that, especially after hearing how many of the players are now dead, is A Lot.

Then she goes to the grocery store, where she sees Reuel and Holly. He gets to have a happy life? He gets to go on with his life as if nothing happened, while Mae’s blew up around her? It’s not right. So she changes her mind. She will be speaking to the senator, after all.

8/10 – Alright, some forward movement. I was suspicious of Tracy from the start, as my earliest review bears out. So it wasn’t a huge shock that he turned out to be the mole. Still, though, it’s interesting that yet another man in Mae’s life turns out to be hiding something big. At this point, I hope she never finds out about the swatting.