In my review of season 2, I wrote that it feels imprecise to call Joe a serial killer. Yes, he has killed a series of people. However, to me, the terminology “serial killer” implies a certain level of compulsion. Joe doesn’t have to kill people. There’s no inner drive compelling him to do so. He kills only when he “has” to. 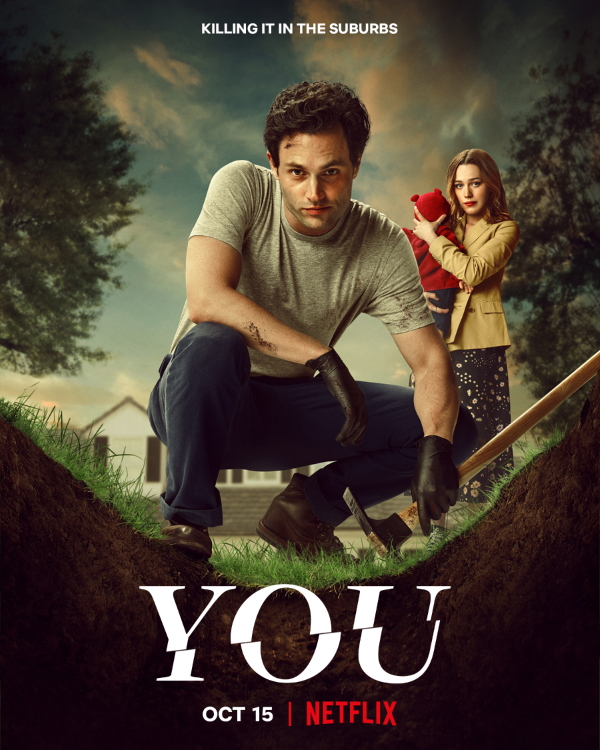 Now, don’t get me wrong. Please don’t read this as my making excuses for him, because I’m not. However, this season is interested in exploring his pathology, so it’s relevant to discuss.

Of course, the show has delved into this topic before. We know that Joe killed his mom’s partner, after all. This season, we get more flashbacks to Joe’s youth. After the killing, we find out, he ended up in a children’s home.

There, he forms a bond with a counselor. She is also in an abusive relationship. It might seem highly coincidental, but I don’t think it is, not that much. Abuse is sadly more common than we might like to think. But more importantly, just as abusers can often sniff out someone vulnerable, so can Joe. 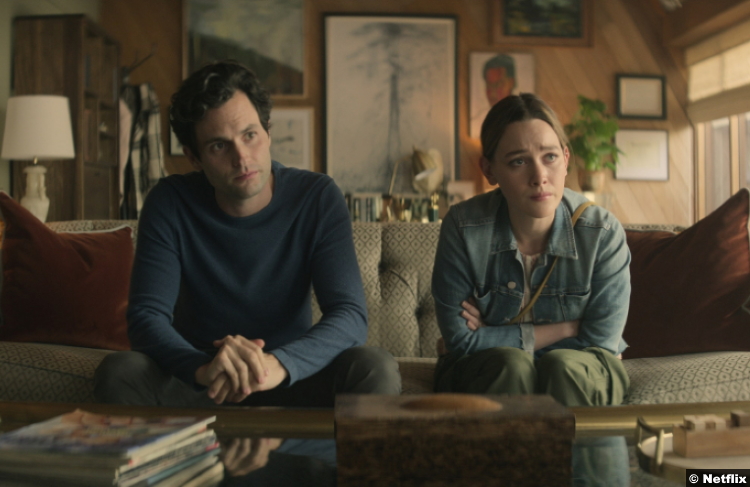 Of course, he’s hit a snag in his fantasies because this time, he found the imperfect Love. And while Love has experienced pain and trauma, she’s not a total victim. As we found out last season, she’s perfectly capable herself of inflicting pain.

First, it’s their next door neighbor, Natalie (Michaela McManus). You’d think that Joe would have learned at this point not to focus on someone so literally close to home. Then again, Joe learns very slowly. 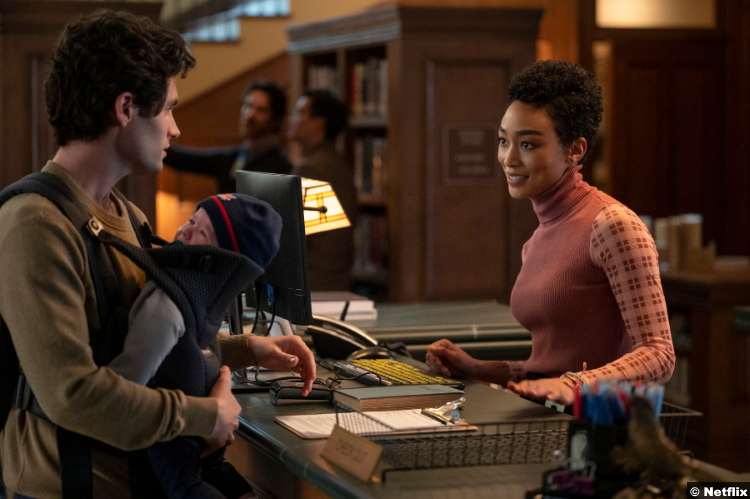 When that doesn’t work out, he next focuses on Marienne (Tati Gabrielle). She’s his boss at the local library, but that’s only part of the attraction. She’s also a wounded bird, a former alcoholic in a bitter custody dispute with her terrible ex-husband. You can guess how Joe will react to this.

However, he hits another snag in his plan. Now that he and Love have moved to the suburbs, to the affluent town of Madre Linda, they live amongst a new kind of rich person: the tech moguls. And perhaps no one is more obsessive about technology than Natalie’s husband, Matthew (Scott Speedman). As Natalie explains, Matthew has every part of their lives under surveillance.

But it’s not just Matthew. We live in a world with increasingly more surveillance, where our phones and other devices are listening to us. And of course, there are cameras everywhere. This makes for plenty of tense moments this season, as Joe’s schemes depend on his going undetected.

Still, though, that’s not the only kind of attention there is. Social media has made us all stars of our own lives, and nowhere is that more apparent this season than with the character Sherry (Shalita Grant). She’s the queen bee of Madre Linda. She’s also a “momfluencer,” who documents a glossy version of her life through her blog and own social media.

I’ve said before that You is excellent at skewering a certain kind of person, and they haven’t failed with this season. The depiction of these people and their trappings–the constant athleisure, the rigid diets, and the religious devotion to “hacking” every part of their lives–is brilliantly done. Outside of maybe their next door neighbors, including Matthew’s stepson Theo (Dylan Arnold), they all seem like awful people.

And that’s an impressive feat for a show that’s about a murderer. Two murderers, that is, now that Love’s joined the family business. That makes for the most compelling season yet. 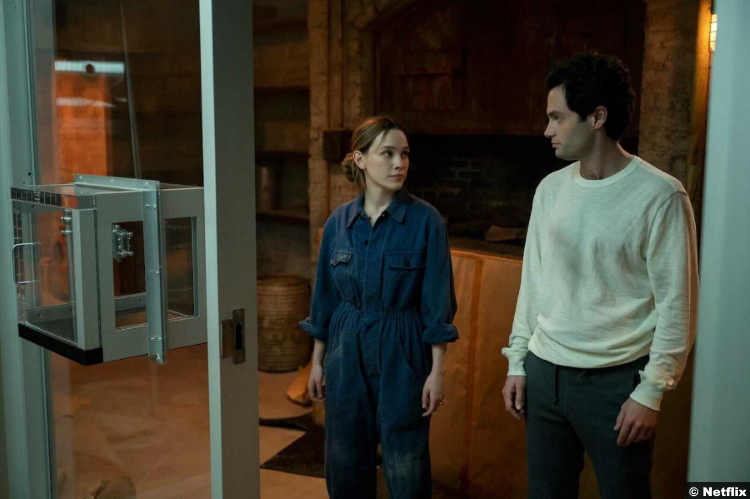 Joe is a murderer, yes, but like I said, he can control his impulses. Love, on the other hand, has more trouble with that. In turn, Joe has trouble with her. How can he indulge his favorite pastime–stalking his prey–when he has to contend with a reckless wife?

9/10 – Whew, it’s hard to write about this show, especially this season, without giving too much away. I hope I’ve done it, though, because this season is full of jaw-dropping moments, and it’s worth finding them for yourself.

Note: Although there is now a third book in the You/Joe series by Caroline Kepnes, this season’s storyline is more of a continuation of the second book, Hidden Bodies.