I kept thinking of a particular song lyric while I was watching this episode. It’s a line from the title track of Ani DiFranco’s 1999 album To the Teeth. Specifically, it’s the line, “…the edge is closer than you think when your men bring the guns home.”

And more specifically, it was Lori’s scenes that made me think of the line. I also spent much of the episode thinking that one of my original theories was going to be correct, that it was going to turn out to be Lori. I couldn’t help it, especially when they wrapped up the case and there was like, still more than a half-hour left. That’s a little long for an epilogue, so it seemed as if there must be more to it. 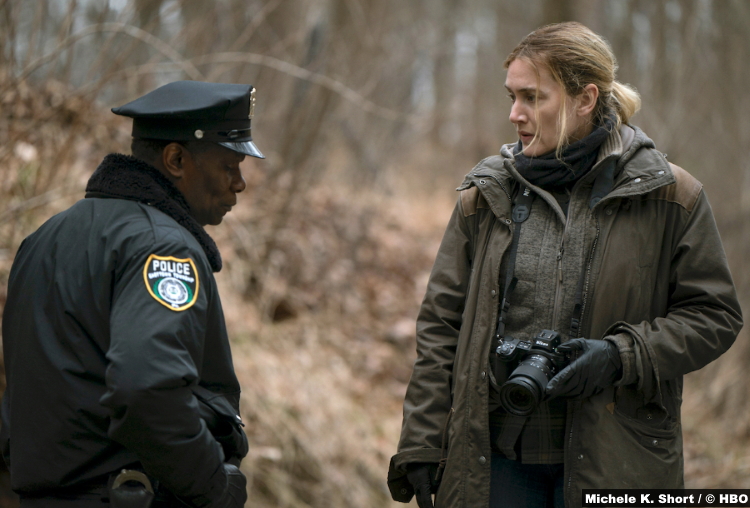 Of course, there was. First, though, we finally get a look at that picture, and it’s a selfie Erin took of herself in bed with a sleeping John. And first of all, gross. Second of all, Mare gets the news but doesn’t hesitate before she surprises John and Billy at the river.

They’re already scuffling, though, so she literally has the opportunity to surprise them. Billy’s ferreted out that John means to pin everything on him. He never gets the chance, though, because, again, Mare is there.

So John takes the rap. Yes, he’s DJ’s father. Yes, he’s Erin’s killer. End of story, roll credits. Oh, wait–as I said, there’s way too much time left in the episode. Still, though, for a moment, life goes on.

Mare, perhaps in a surprising turn, especially considering how she was when we met her, gets better. She has honest talks with her mother and her daughter. She continues her therapy. She’s even healthy enough to joke around with Faye and to show grace when Carrie confesses that she’s giving up her custody fight, at least for the moment, because she’s stumbling in her fight against her addiction. I thought it was an incredibly brave thing for Carrie to admit, especially to Mare. But it’s brave of Mare, too, to show that grace. 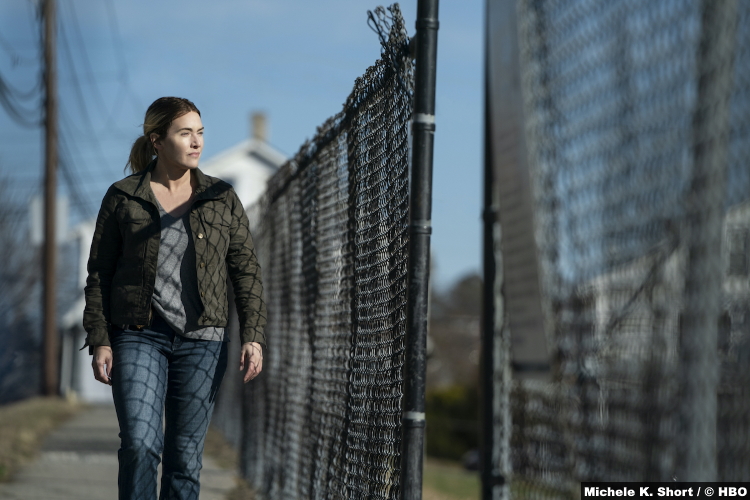 I am thinking of grace, by the way, because that’s what I took away from Deacon Mark’s return to the pulpit, which is also brave. He doesn’t go into great detail about the things that have happened in the town–to the town–but everyone in the congregation knows enough about it to get his gist. He’s more precise, though, when he talks about (what I’ve understood in my religious experience to be) the concept of grace.

But there are members of this community that haven’t emerged with us. Members who have been ravaged by the terrible events of this past year. They now find themselves outside of a circle they were once a part of. The circle of this community was once their life. And it might occur to you they deserve to be outside this circle. That the transgressions they’ve committed, the lies they’ve told, have no place here. But it’s not for us to decide whether or not they’re deserving. Our job is only to love. So I urge you to go to them. They’ll push you away. They’ll lock you out. They’ll tell you they’re not deserving of your mercy. Don’t let them.

There’s an echo of this in the relationship between Lori and Mare. Because after all this time, after false leads and dead ends, it’s not John who killed Erin. No, instead, it was Ryan. He didn’t even know how to hold a gun. (Again, from “To the Teeth”: Every year now like Christmas, some boy gets the milk-fed suburban blues, reaches for the available arsenal, and saunters off to make the news.”)

That kind of detail doesn’t really matter, though, because that’s the thing about guns. You don’t have to be an expert marksman to be lethal with one. (I’m reminded of a non-American podcast I was listening to where the host explained that a .22 is a smaller caliber weapon, but can still kill people. I was like, “Yeah, it’s…it’s a gun.”)

Anyway, when it all comes out, it’s like Lori can’t face the reality that everything started inside her family–really, it all started with John. She’s wounded, and she deserves to be, but it’s still hard to watch her push Mare away. She’s always been there for Mare, and that’s all Mare wants to do for her, too. 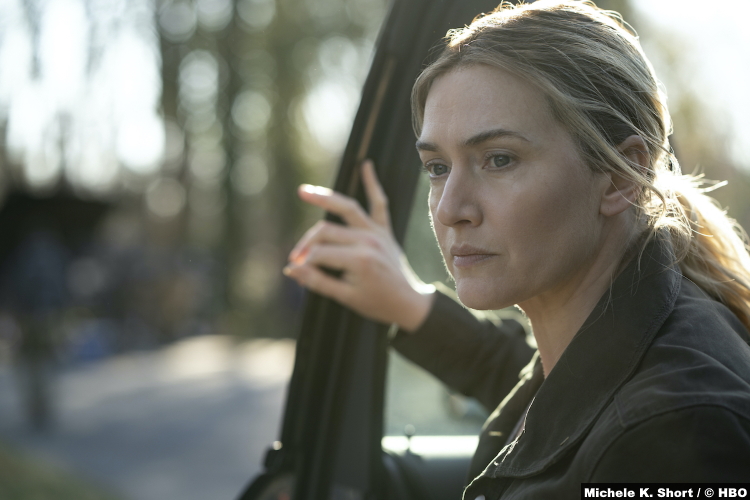 Time passes, though, and “…after a while, you learn to live with the unacceptable.” Mare takes Deacon Mark’s advice to heart and goes to Lori. This time, though, she doesn’t push her away. She’s alone, taking care of an infant and her daughter, while her son is in kiddy prison. (Ryan, at least, seems to be thriving, though.) She needs this. The love and grace of your community can pull you back from that edge.

But she’s not the only one who needs something. Mare herself needs to let go. She needs to move forward. And that’s the image the series leaves us with: Mare pulling down the stairs to the attic where her son died. Mare making that climb.

9/10 – This wasn’t a perfect story overall–I’ve got a lot of questions now about, for instance, the Jess of it all*–but I thought this was a satisfying conclusion. In the end, the mystery mattered less than than the characters, which isn’t a bad thing at all.

*Or also the Dylan of it all, including how exactly Lori gets custody of DJ–isn’t Dylan still DJ’s legal father?