This week, our story, at least the Kleinsasser-adjacent one, continues from where we left off last week. To that end, Cassie and Jenny are still talking to Rosie. She’s pretty much convinced that Blake had nothing to with her attack, but it doesn’t matter much now. She and her father, Gil (Carlos Gómez), the Kleinsassers’ longtime caretaker, will not say anything publicly.

And of course, Blake isn’t saying anything now. As I said last week, there wasn’t confirmation that he was actually dead. Well, if he weren’t, he certainly is now.

Because after John Wayne drives off, Cheyenne goes to check on Blake. I’m going to guess he’s dead, but again, he definitely is after she hurls him off a cliff. Or delicately places him at the bottom–it’s unclear. Obviously, a competent medical examiner would be able to tell that he sustained a single blow, rather than the all-over damage that would come from hitting the ground. But of course, there will be no examination, because Horst’s having Wagy write it up as a probable suicide. 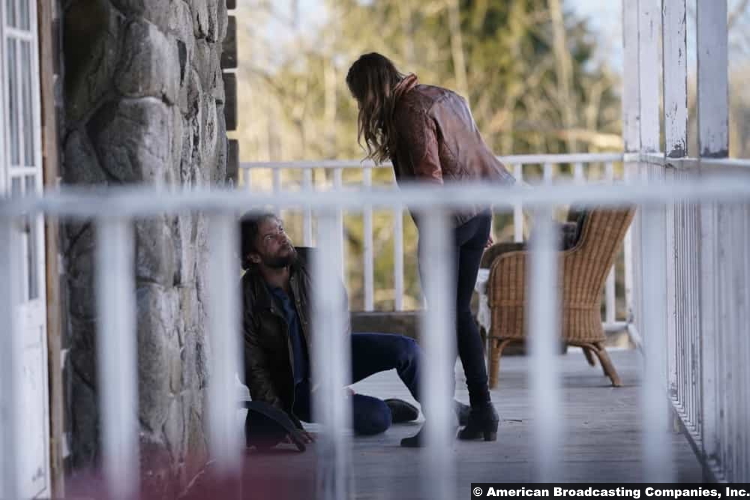 And Cheyenne wastes no time in letting John Wayne know what she did. I’m not sure what her play is here, though. She doesn’t seem to want the ranch. Or if she does, then she’s not showing her hand. If I had to guess, then I think she wants a life where she does whatever she wants to do. Having control of the ranch would give her the funds to do that, but I’m not sure it’s her dream to run a ranch. I think, more than anything, she wants to be free of her family. Or at least, her brothers and her dad.

In the meantime, Cassie and Jenny hear about a body being found on the Kleinsasser ranch. Angela (Rachel Colwell), the young woman who works at the sheriff’s department (and doesn’t seem to approve of how they run it), silently acknowledges to Jenny that Blake was the victim. She also agrees to meet her later to tell her something important. Never do that–that’s just asking to get killed first on these shows. 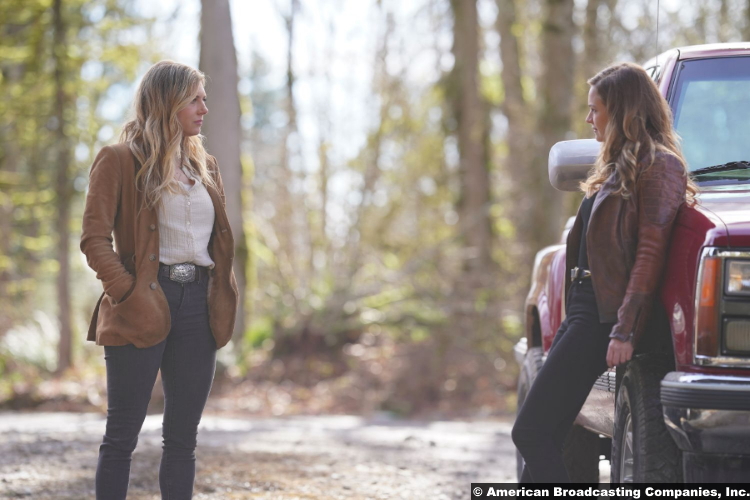 And while it’ll be a moment before we get to what Angela knows, Jenny does meet up with Cheyenne for a little exchange. However, if I continue the card theme with Cheyenne, then I should say that she continues to hold her cards close. She seems displeased to find out that Rand and John Wayne were most likely behind Rosie’s attack. Still, the only thing she gives Jenny is a name: Cole Danvers. (That, of course, is the young man whom Rand killed. Cheyenne saw his customized belt buckle in the hole with Blake.)

While Jenny stays behind, Cassie returns to the agency because they’ve gotten a tip on Ronald. His girlfriend’s sister, Mary (Jaycie Dotin), called in the tip, actually. I know she was suspicious of Ronald, but I don’t know exactly how she figured out who he is. 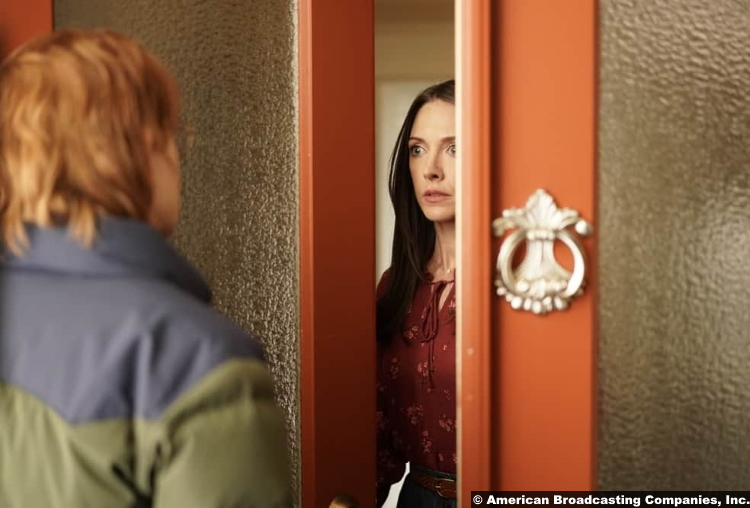 And unfortunately, we’ll never know. Having caught on to her suspicions, Ronald steals Scarlet’s phone, thereby intercepting a message from Mary. Again, more mystery/thriller life lessons here: don’t write down anything incriminating. And also, definitely don’t just open the door without looking, especially if you believe your sister’s new boyfriend is a wanted fugitive.

Anyway, Mary does all of that. She hasn’t done anything yet, outside of leaving a voicemail at the detective agency, but once she starts calling him a monster, old Ronald comes roaring out. But she and her sister might know something about that. 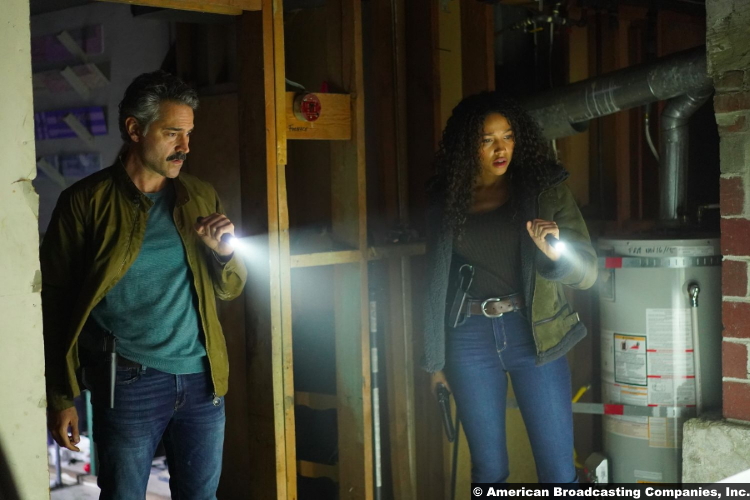 Because when Lindor and Cassie get to Mary’s house, they find something interesting. There’s no answer when they get there (and Ronald’s hiding behind the couch), but they see a smear of blood on the floor, so Lindor kicks in the door. They find no trace of Mary–besides that one spot, Ronald’s done a pretty good job of cleaning up. But when they check out the basement, there’s a locked freezer. That’s never a good sign.

And sure enough, it is not. They break the lock and find a body. It’s too old to be Mary, so who is it? Scarlet’s ex-boyfriend Steve, to whom she and Mary were alluding before? Someone else? I guess we’ll have to wait to find out.

Meanwhile, back in…Kleinsasser City (I still don’t know this place’s name), Angela comes to meet Jenny at *checks notes* the dang motel? Gosh, why don’t y’all just have this little meeting IN Wagy’s office? That might be a little less conspicuous.

Anyway, Angela gives Jenny a toxicology report, which she says will prove that there’s a coverup. But she doesn’t get much of a chance to explain further, or even tell us whose report it is because a big ol’ truck comes barreling through the room. Well. If they think that’s going to stop Jenny, then they ain’t seen nothing yet.

8/10 – The mystery is still good. Even the Ronald bits were entertaining to me this week. And I’m really liking Cheyenne, the unsettling weirdo. Like, same. There are dozens of us!