A second episode in which our heroes each have their own missions to complete, and they each have to do it alone.

Camina Drummer is fighting pirates – and fighting for unity among the bickering factions of the Belt.  Then her crew discovers Ashford’s wrecked ship, and they go after it. That’s all we see of Camina’s arc this episode. 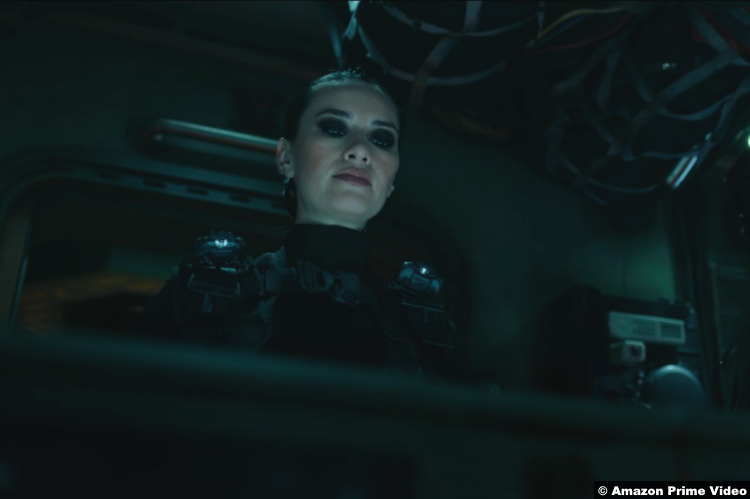 Amos arrives in Baltimore, which is shown as an overcrowded, dirty hole of a city, and tries to reconnect with his past.  In searching for Lydia, he meets Charles, her companion until her death.  It’s a tense scene between the two, but once Charles breaks down in tears when talking about Lydia’s death, Amos takes pity on the man and shares a cathartic cup of tea.  “No one really ever saves anyone,” Amos says.  “She taught me to save myself.”  It’s a poignant look into Amos’s tragic childhood of sex trafficking and violence, and a rare moment of emotional depth for the character.  And it gives Amos another mission. 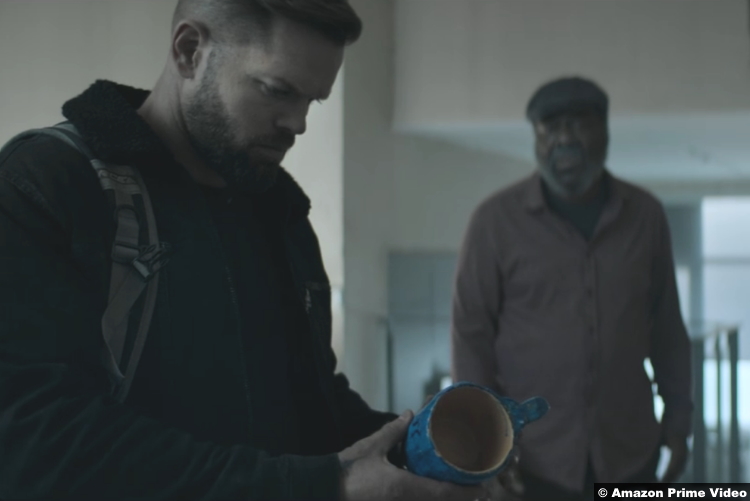 Charles is going to have to leave the house where they live because the landlord – Erich, a loose end from Amos’s past – only rented it to Lydia.  And because Charles protected someone Amos cared about, Amos’s moral compass requires him to protect Charles.  He finds Erich, and a tense moment between them comes to some kind of détente, with Erich agreeing to let Charles stay, and Amos stealing Eric’s whiskey.   And there’s a flashback with Lydia and Amos as a child that adds depth and pain to Amos’s backstory. 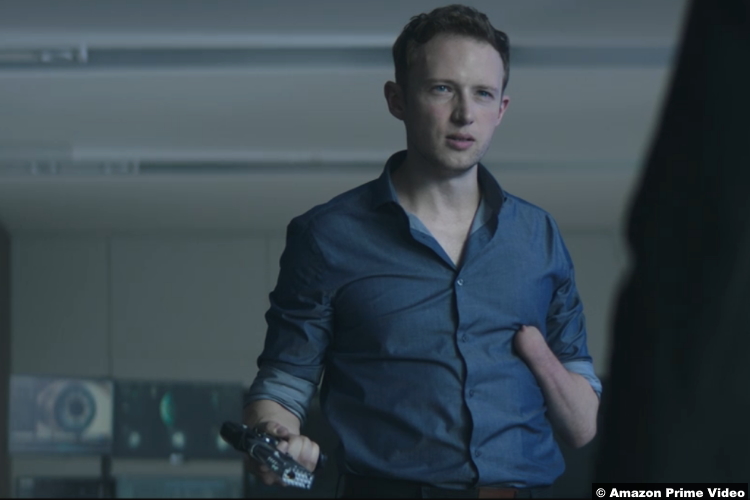 Holden needles the Belter workers repairing the Roci.  The Roci is home, and he doesn’t have anything else to do, so he’s reduced to puttering.  Until, that is, Monica (the intrepid reporter) sends him a message that “proves that someone is going after the protomolecule.”  Holden dismisses the message initially, before giving in to his “I have to fix this” nature and going to meet her.  Her cabin has been ransacked, and she’s missing.

Later, meeting with Fred and Bull, Tycho’s chief of security, who are both arguing about how to deal with the Monica situation, Holden sees a button flash on a console, and he pushes it.  This scene is so emblematic of who Holden is, but the show hits these beats a little hard.  I did grin when Holden says, “There was a button. I pushed it,” and Fred answers with “Jesus Christ, that’s really how you go through life, isn’t it?”  Yes, yes it is.  Holden has been pushing buttons since season 1.  In this case, he’s found a video feed from Monica showing where she is – a shipping container.  Eventually, of course, they find the one in a million shipping container where Monica is being held just in time to save her from asphyxiating. 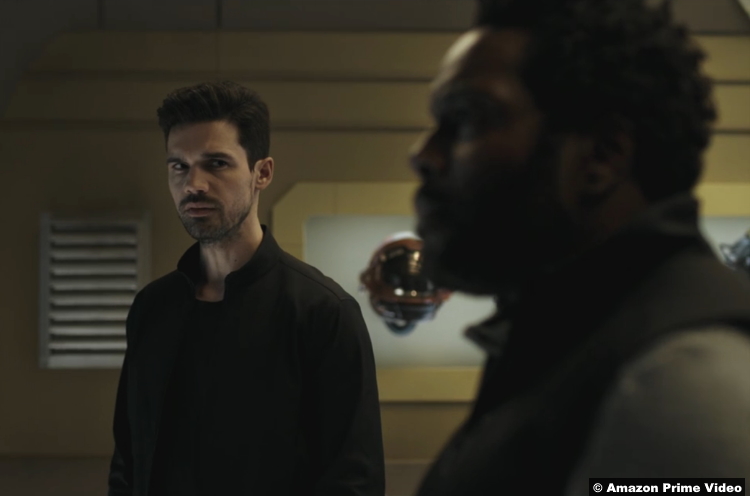 Bobbie’s lifting weights in her quarters on Mars, and Alex comes in and tries to connect with her again.  It initially goes badly, but then she breaks down and lets Alex in on her secret mission, showing him the black market weapons she’s been buying.  Bobbie’s convinced everyone on Mars is in on the scheme, but Alex’s Martian patriotism makes him a skeptic – and a naïve one at that.  Bobbie reveals her mission’s ultimate goal – someone’s trying to buy first strike missiles, and someone high up is in on it.  She has a suspicion that a high-ranking admiral is in on it.  Alex goes to meet with the Admiral at the university where he’s speaking, and runs into an attractive young lady who wants to buy him a drink.  Of course, we learn later that she wants a lot more than that.  And Alex is still pretty darn naïve.  Maybe a little too naïve. 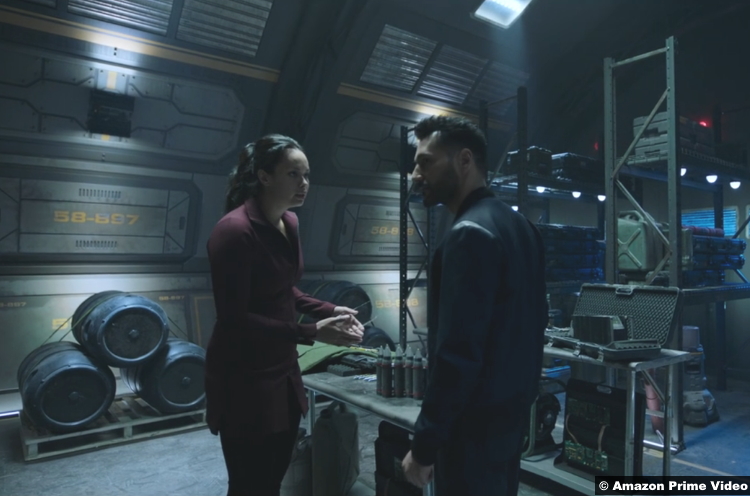 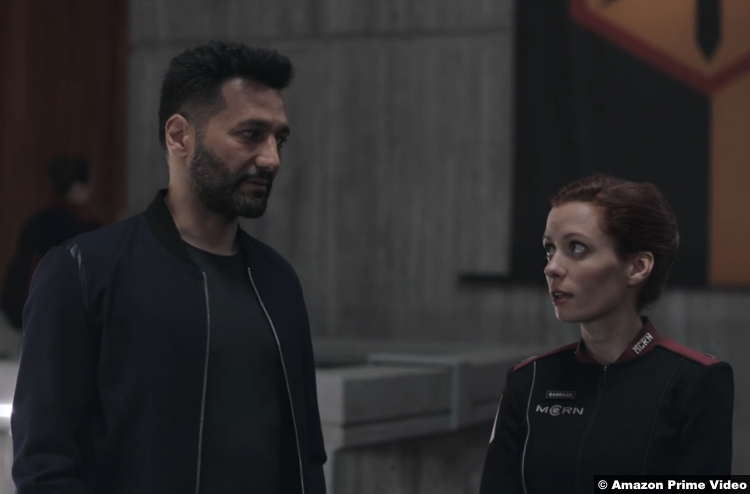 Chrisjen Avasarala is still convinced of her theory that the Big Bad, Marcos Inaros, is throwing rocks at Earth, but in her own life, she’s trying to stay connected to her family on Earth.  Her daughter visits and urges her to visit home and try to patch things up with her increasingly distant husband.  But Avasarala can’t break free of her nature, or of her mission, even as she’s sidelined by the new administration.  Avasarala’s isolation is put in stark clarity in a conference call with new UN Secretary-General Nancy Gao, in which Avasarala tries to explain her theory about the asteroids.  “Chrisjen, you’re on Luna to do a job.  It isn’t this,” Gao says.   Chrisjen still has Admiral Delgado in her corner, although his skepticism and reticence to act outside of official channels is becoming more evident by the day.

Remember the last episode when the show did such a good job demonstrating the low gravity of Luna with the pouring of whiskey?  This episode forgets that entirely, and when Avasarala is having drinks with Delgado, the drinks pour just as they would on Earth. 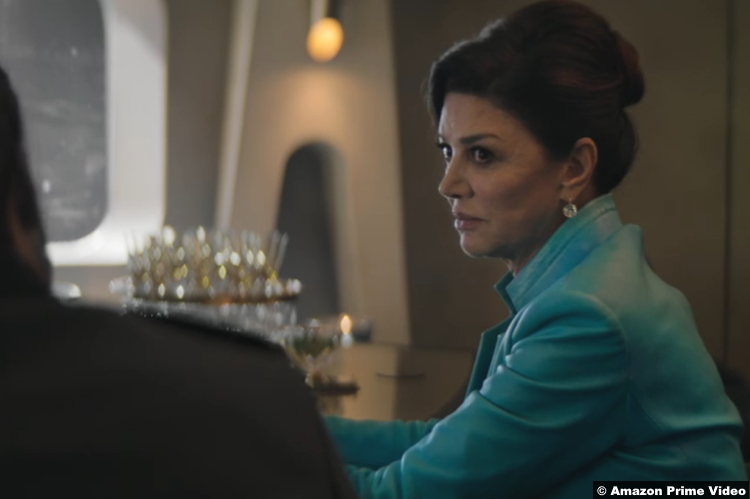 This episode is strongest in Amos’s arc, bringing a depth and pathos to his backstory.  The episode is weakest in Camina’s – in that she appears in the intro, but then nowhere else in the episode.

8/10 – Still a strong start to the season, but the show had some trouble connecting all the dots this time.  And the “bomb ticking down to 0” rescue of Monica was a little much.