The Expanse S05E01 Review: Exodus – The band breaks up

Last season, Ashford went out singing, blown out of an airlock by a mysterious terrorist named Marcos Inaros.  This season, the singing stops, and our heroes go their separate ways.

Exodus starts by introducing Marcos as the Big Bad of the season.  He’s a Belter terrorist and existential threat to the Inners – and he’s a one-time lover of one Naomi Nagata.  Marcos has set up a series of asteroids to bombard the Earth and cause mass casualties, but he’s clever enough to hide their real trajectories in complex and lengthy orbits.  At the beginning of the episode, a science ship orbiting Venus is attacked by a crew led by Filip Inaros (Marcos and Naomi Nagata’s son).  Inaros’s squad steals all of the science vessel’s info on one of the rocks – previously shown breaking up in space – and murders everyone on the science vessel.  It’s a cruel and visceral moment, and it shows that Naomi’s quest to reunite with her long-estranged son might be doomed. 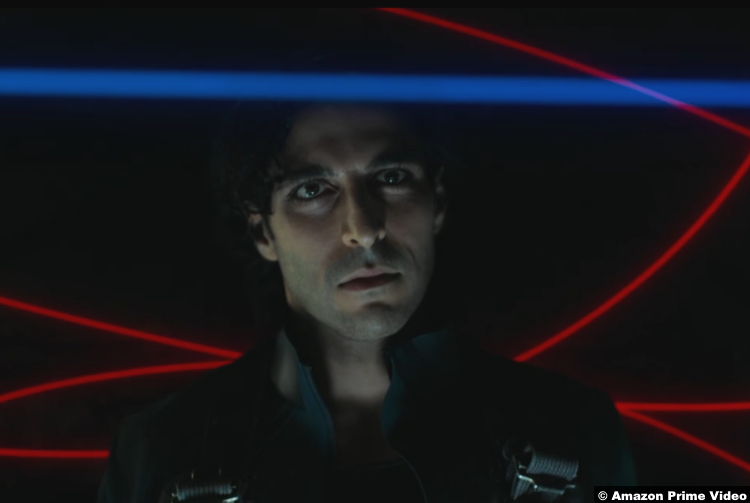 Meanwhile, Holden is at loggerheads with Fred Johnson over the Belt’s refusal to give up its last sample of protomolecule.  Johnson points out that until it is a unified force on equal footing with Earth and Mars, the Belt needs every advantage it can get.  Once again, Holden is hampered by the fact that all he has is hunches, notions, and psychic weirdness from the ring gates and the Investigator’s mysterious ramblings.  That won’t fly with a hardened realist like Fred Johnson. 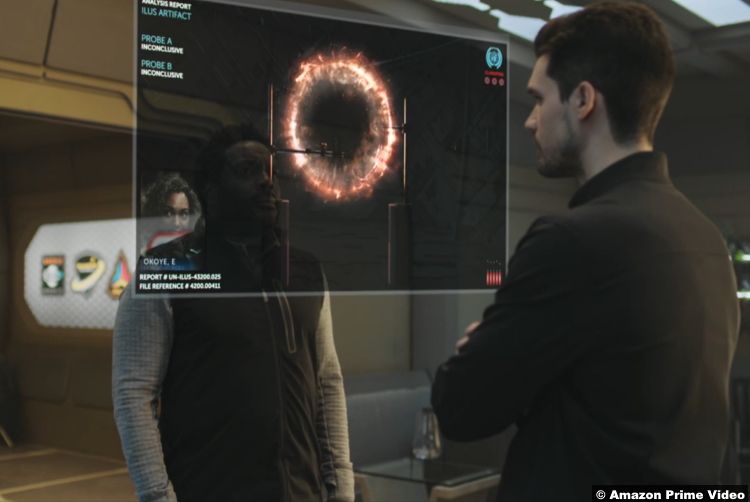 Amos has his own stuff going on, as usual.  He’s on his way to Earth to say goodbye to someone who was important to him, and he does his badass thing on a freighter on the way to Luna – roughing up some toughs who wanted to shake down a couple of saps for “insurance money” – before blanking Chrisjen Avasarala on Luna about why he’s heading to Earth.  It’s classic Amos – “I hate waiting.”

A cool touch this episode does (which will come up later) is in how it deals with Luna’s low gravity.  Chrisjen grouses about gravity boots, but watch her when she pours Amos the whiskey.  She has to tap and shake the bottle, and the liquid slowly pours down into the glass.  This effect is continued after the pair sit down to talk.  It’s a little touch, but it’s fantastically done.  I wish the show were more consistent in how it depicts low gravity, but I understand the limitations of filming deep in Earth’s gravity well. 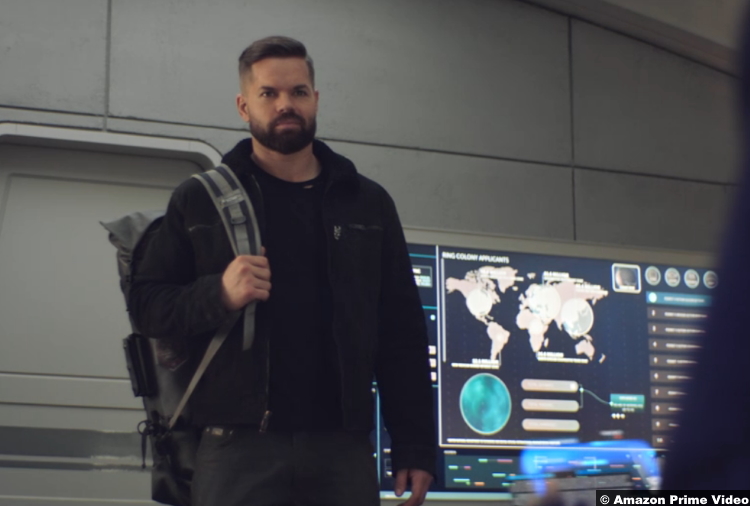 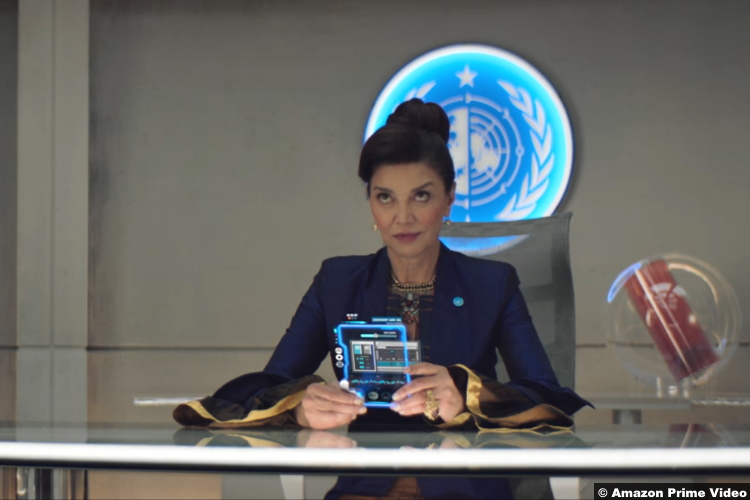 As for our favorite foul-mouthed former UN Secretary-General, she’s been assigned to Luna by Nancy Gao (who beat her in the election shown in season 4) to do some low-priority busy work to keep her out of the way.  Avasarala has her own schemes, of course, supervising Bobbie Draper’s covert work to uncover illegal Martian sales of weapons to the Belt.  But she’s also alone, and isolated, and becoming more estranged from her husband Arjun by the day.

Alex goes to Mars to try to reconnect with his estranged wife and kid, and it goes badly.  He then tries to reconnect with Bobbie Draper, and it goes badly.  Maybe it goes badly because he’s in the gaudiest Martian “country” bar this side of the ring gate, but Bobbie’s got a lot going on at the moment.  She’s working with Avasarala in trying to track down who’s selling Martian weapons to the Belt, and it’s going badly.  Then Alex looks at Mars itself and sees that the Martian dream itself is going badly.  Alex’s arc in this episode ends with him looking around and up at failing storefronts with “for rent” signs all over them.  The ring gates have changed everything, including Mars, and that’s going to have major consequences going forward. 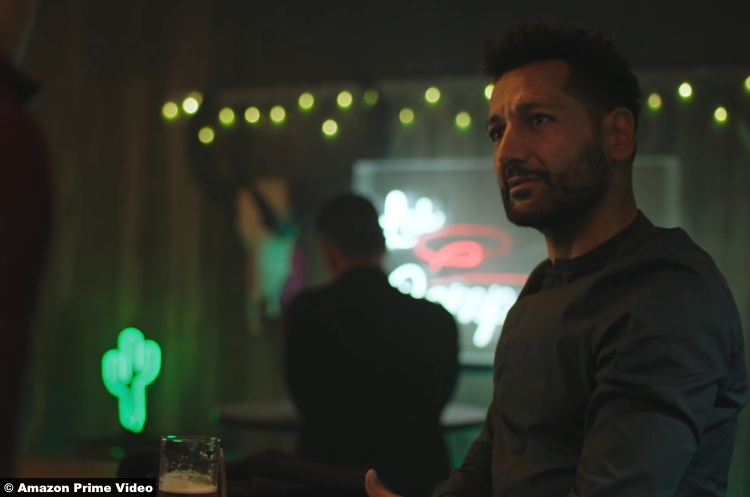 Naomi needs to try to connect with her estranged son (again, also the Big Bad’s son), and so she convinces an extremely reluctant Holden that she needs to go alone, leaving Holden to brood and sulk on a Rocinante that is full of maintenance workers. 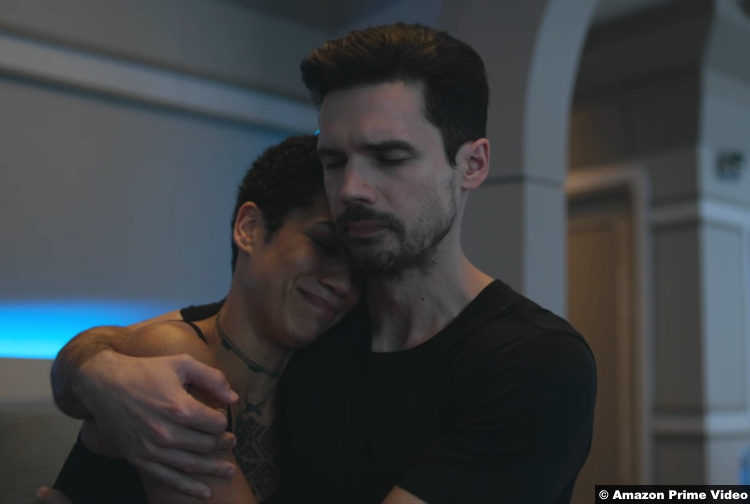 And then the ship is empty, and Holden is alone.

That moment, more than any, epitomizes the feeling of this new season: Everyone’s alone, and everyone needs to deal with their own stuff before they get back together.  The stark visuals here – Holden alone in the Roci, the silence overwhelming and full of menace and mystery – make this the most important scene of the episode.  Our hero, still tilting at alien windmills, but this time, all alone.

This first episode is designed to suck you back into the show after a divisive Season 4 that was based on what I think was the weakest book in the series – death slugs…ugh.  It does so in a grand and menacing fashion, setting up big existential threats for every one of our favorite characters, and leaving them to deal with them on their own.

9/10 – One point off for that extremely silly Martian country bar.  It was just way too over the top to be the backdrop of the serious and difficult conversation between Alex and Bobbie.

Still, the show is back, and I can’t wait to see more.  Luckily, Amazon released three episodes today, so let’s move on to a review of episode 2!