There have been moments I’ve been looking forward to seeing since the series began. Moments like the bear fight or the “UNCOUNTABLE BILLIONS” scene. Tonight’s episode, though, contains a scene I definitely was not looking forward to watching. To this day, it makes me tear up and that’s just me watching the movie version of it in my mind. Watching an actual dramatized version of it did not make it any better. Or any less sad. 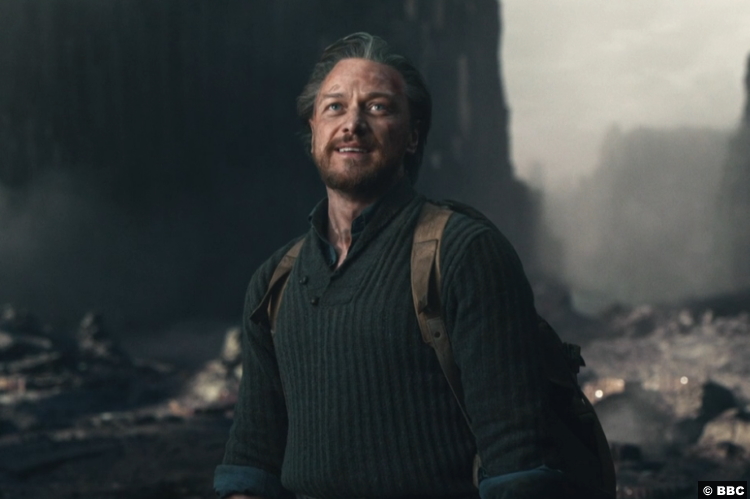 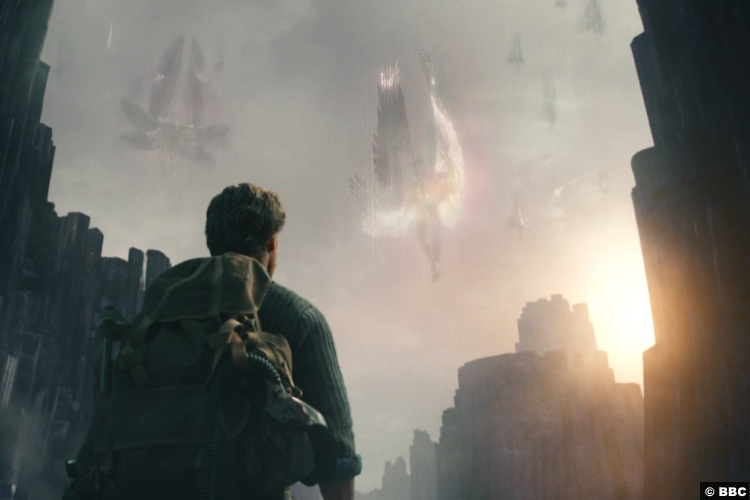 And it probably affected the way I saw the rest of the episode. I was probably in a “who cares?” state. Like, take the Lord Asriel scene, for example. It was a powerful moment, I guess. James McAvoy was very forceful and it looked beautiful. But at the same time, it’s like, we already know the angels are going to join the rebel side. That’s the whole reason they pulled Mary into this.

She doesn’t get much to do this week besides film on location in Hawaii, but it’s also beautiful, so good for her. 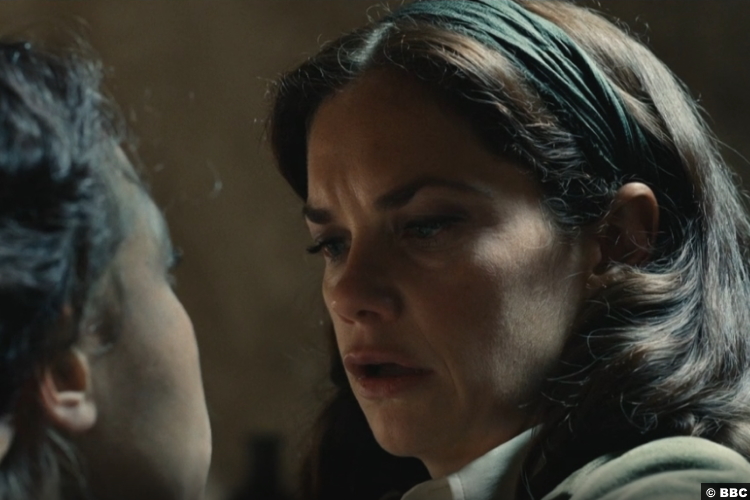 Meanwhile, the witches are supposed to be keeping Lyra and Will safe, but they were probably counting on something like the brute force of the Magisterium. In other words, they weren’t watching for someone tricksy like Mrs. Coulter. They can sense her down in the city, but of course, they don’t realize what kind of person she is.

In fact, she’s the kind of person who, when a witch comes to warn her about the spectres, doesn’t take that as a kind gesture. No, instead, she tortures the witch for information before siccing the spectres on her daemon. Since that works so well, she does it again up the mountain, which leaves Lyra alone for her to take. The last we see of her*, she and Pan are sleeping in a locked trunk, bound for parts unknown. Marisa says she’s taking her somewhere safe, but, uh, where is that, exactly? 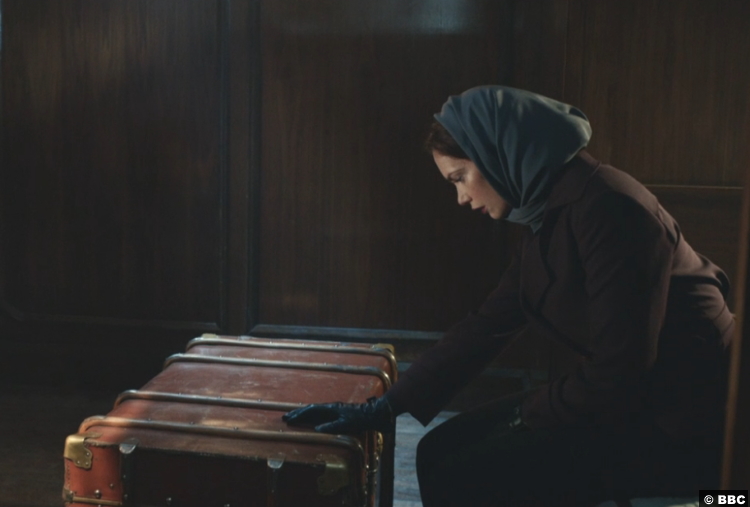 Actually, for a group of gals who are tasked with protecting Will and Lyra, the witches sure do leave them alone for long stretches of time. And even after their heartfelt boy to daemon, boy to girl discussions, Will himself just skips off. Yes, granted, he’s being called by his father, but it’s still a little jarring. 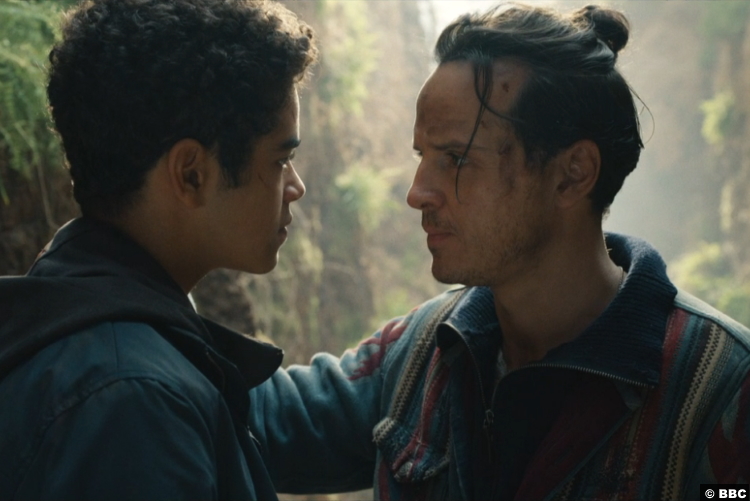 In the book, Will and Jopari meet in the dark. They have only seconds to be reunited, as Jopari is fatally wounded by a witch. (It’s a complicated love thing.) I’m glad that first, the show jettisoned the jilted witch storyline. I’m also glad that Will recognizes his father right away, so they get to have an actual conversation, and Jopari is able to explain to his son that he didn’t just willingly abandon him. Jopari still dies, though, and now Will has to go it alone.

And of course, the whole reason why Jopari was able to make it to Will in the first place, was because Lee is holding off the Magisterium soldiers. In a lonely part of the jungle, which the book calls Alamo Gulch, it’s just Lee, Hester, and a dwindling supply of bullets. He holds them off as long as he can, but it’s just not enough. And the show managed to reproduce the feeling of this moment in the book a little too well. That means that I was audibly sobbing like a cradle baby while I watched this, from the moment I realized it was finally happening, to the moment when Hester snuggles close to him with, as the book put it, “her proud broken self.” Aaagh, excuse me a moment. 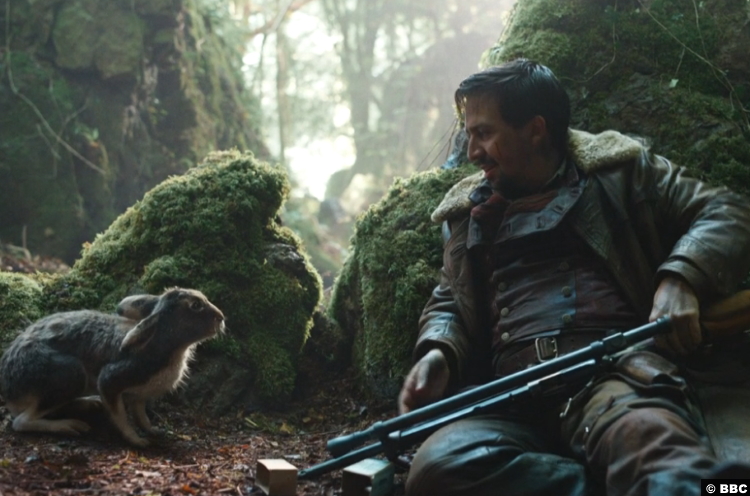 Again, I knew this moment was coming. That doesn’t make it any easier to watch. In fact, I didn’t watch it. I couldn’t even look at the screen while it was playing. They were a-helping Lyra. And to steal a phrase from another show, now their watch is over.

9/10 – It feels weird to rate this highly since it punched me in the stomach. Nevertheless, I think they did a good job with the episode. Not only in constructing a scene that made me feel like my insides were coming out, but also just getting it done. Even though they had to cut out a bunch of Lord Asriel stuff, it still felt like a fully formed season.

*That’s not the last we hear of her, though. In a post-credits scene, Lyra, wherever her conscious is, has a conversation with Roger. What does that mean? Also, somewhere in there is the revelation that Lyra is supposed to be the Eve in this new reworking of the world. So that’s part of the reason why Mrs. Coulter–so she can’t fall–but of course, Mary is there to make sure she does. 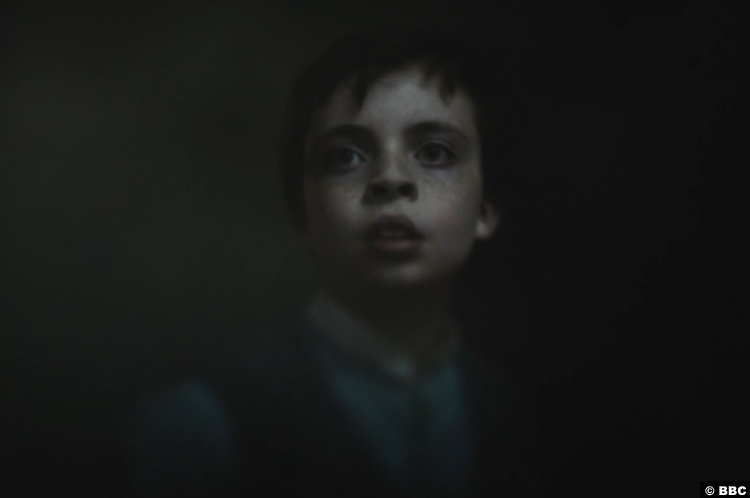