As with many of the characters on this show, it’s easy to misjudge Angelica, Paola (Ella Schrey-Yeats), and the rest of the kids in the city of thieves. At first glance, they seem prickly at best. It’s not until Mary’s arrival, though, that we see them for who they really are. 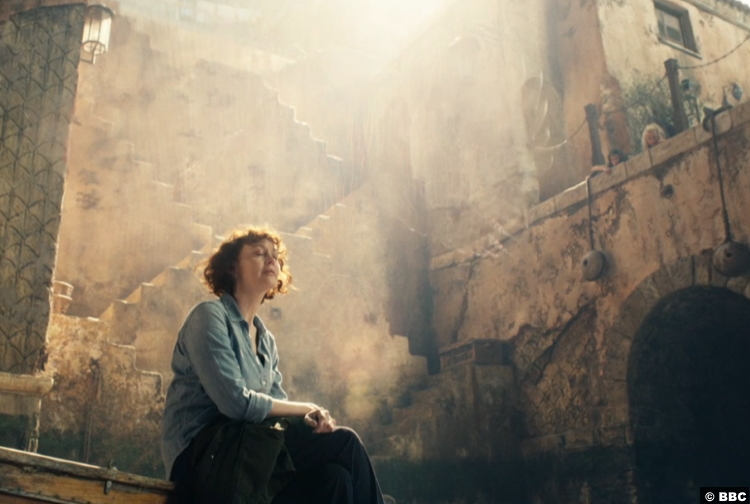 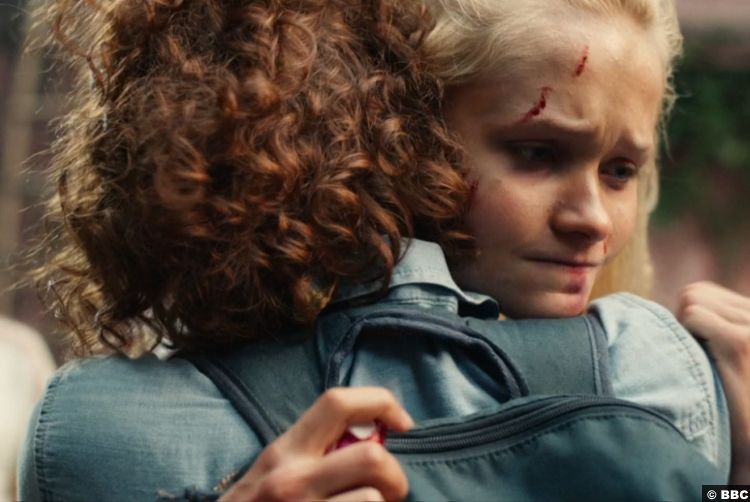 And what they are is frightened children, desperate for the guidance and support of a parent figure. Mary couldn’t put her quest on hold, but you can see the goodness in her when she tries to take the girls with her.

Of course, Mary has no idea why the girls are so drawn to her, having no clue about spectres. Mary is being protected, but that’s not the only way to deal with them. Mrs. Coulter demonstrates another technique this week. 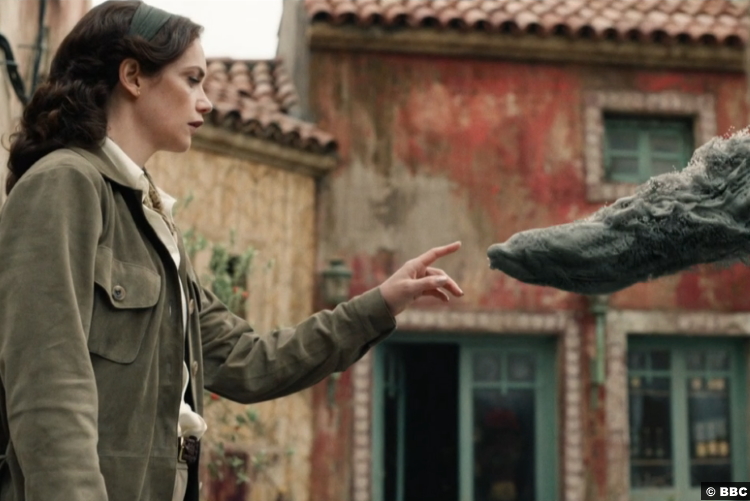 It’s kind of funny, actually. She’s basically like, “You just switch off your humanity,” because of course, she can turn on a dime. Carlo Boreal’s known that all along; I think it’s one of the things that subconsciously attracts him to her, but he never took her seriously enough. When he tells her that they’re equals, it’s as if he’s being charitable. I don’t know if he actually believes that. 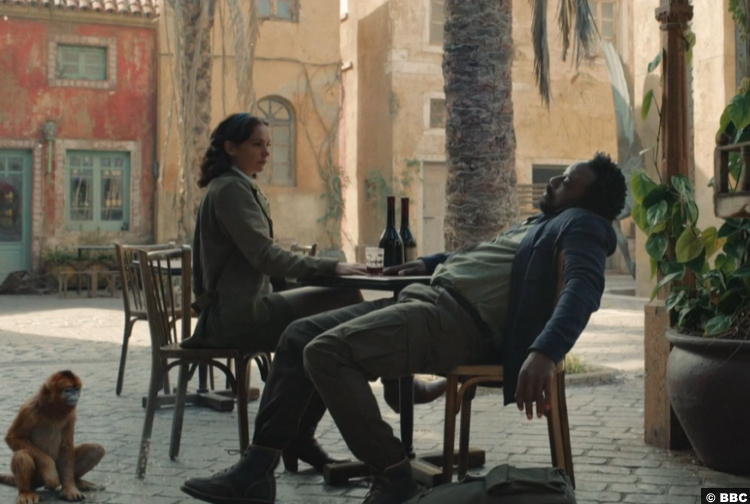 It doesn’t really matter much in the end, though. No matter what he believed, he was always outsmarted. And that would have been okay–he might still be alive–if only he hadn’t tried to use Lyra as a pawn. The moment he did that, he was as good as dead. And now he is dead.

Lyra, obviously, has no idea that any of this is going on. She and Will are kind of stranded in their own story, huddled in the mountains with the witches. It’s nice that the witches finally get to join the main storyline, but it still lacks a crackle and spark that Will and Lyra can generate all on their own. 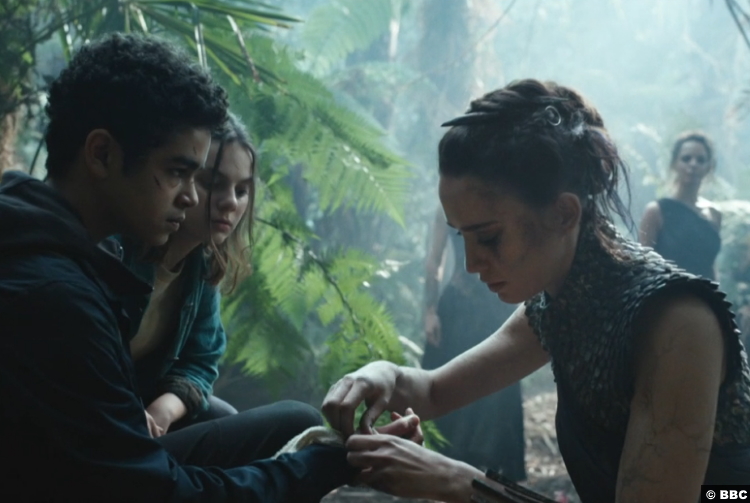 Unfortunately, it’s the same with Lee and Jopari. Despite the presence of the Magisterium airships nearby, it never feels that dangerous or even tense. Instead, it plays like one bickering guy and one dad who’s…zooted to the stars. I feel like Jopari’s supposed to be as determined to find the mysterious bearer as Lee is to find Lyra. 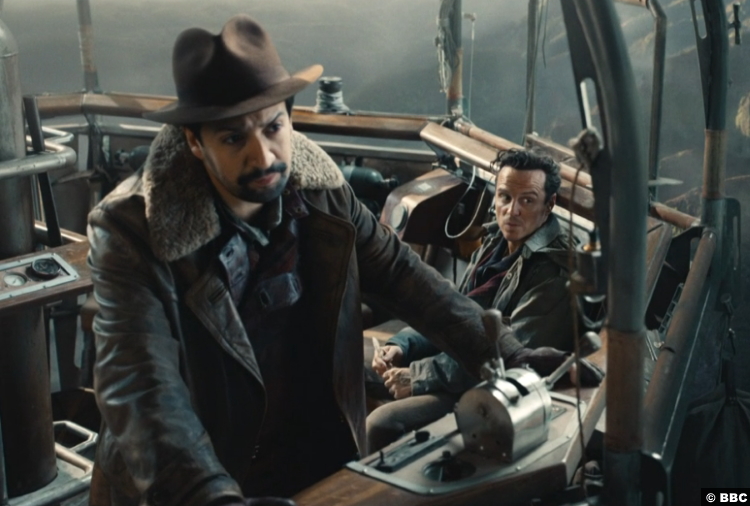 However, for most of the episode, it just comes off like he’s high. There’s no urgency in it, even with the last-minute bird save. I did appreciate, though, the explanation for why he hasn’t gone back to his wife and Will. It’s been a minute since I read the books, so I don’t remember if this was explained or if the explanation was the same. In any case, there’s a quiet devastation in the reveal that he just hasn’t been able to find the right window. It’s easy to forget that not everyone has a knife. Some people just have to guess at where they’re going. (This is foreshadowing.)

The middle part of a trilogy is always tricky. It has to form a bridge between the beginning and the end, but it has to be exciting enough on its own. It can’t play like part 2 of the beginning or just filler until we get to the end. 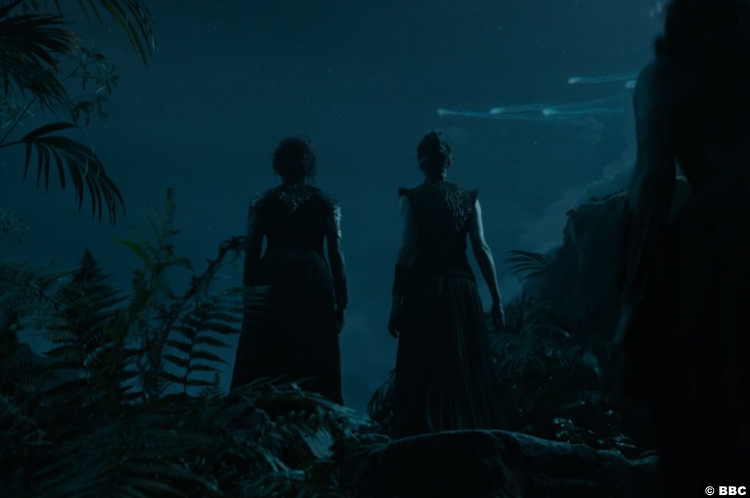 I never thought that of The Subtle Knife. It’s probably my favorite book in the trilogy. And I don’t think that of this season. It’s been pretty great so far. However, I think too much of this episode plays like filler, like we’re just taking a rest until we get to the good stuff. And I’m not even sure we’re going to get there.

Thanks to the pandemic, next week will be the default finale for season 2. I hope they managed to make it into something exciting, and not just another reminder of what could have been, if it weren’t for you-know-what. I hope it moves faster than this week.

7/10 – I feel like I say this a lot, but I’m not sure if I’ve ever had to say it for this show. Anyway, this was not a bad episode. It was not even a bad episode by the standards of this show’s other episodes. However, I meant what I said. Too much of it felt like killing time until we got to the main event, whatever that’s going to turn out to be.