If I’m going to be so sympathetic to Will’s grandparents, then I suppose I’m going to have to extend the same courtesy to Mrs. Coulter. The show sure wants me to, judging by the way they keep illuminating her character. 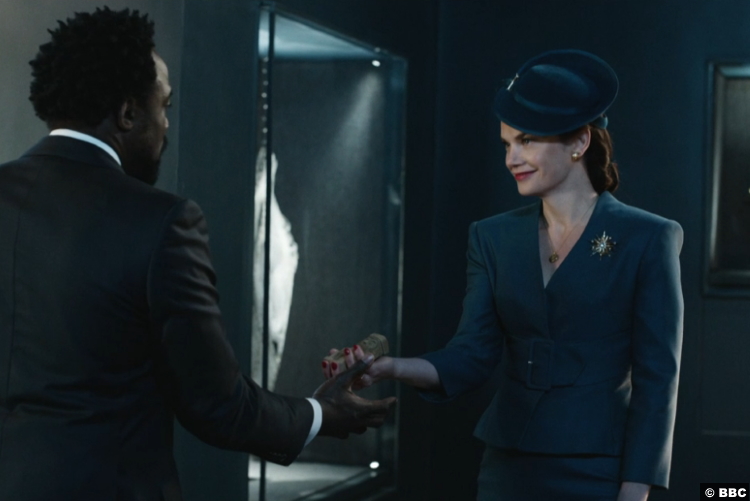 And by the way, they keep lining up shots for Ruth Wilson to knock out of the park. I feel like I should create a template at this point, just so I can copy and paste some variation of “Ruth Wilson was outstanding” into every review. I mean, this is hardly breaking news–she’s been great. But she continues to be great here.

Just look at her sitting in Boreal’s car, just watching our world. She has absolutely no dialogue, but you know exactly what she’s thinking and feeling. As she looks at that baby, we see longing mixed with some other emotions on her face. She’s not the mother she maybe wants to be. Well, at least she still has her career. 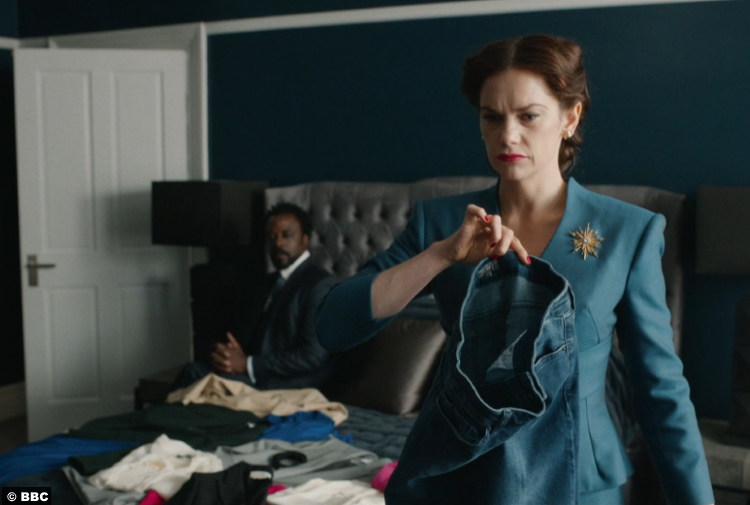 Yeah, about that. It’s impossible to ignore the devastation on her face when she gets a load of Mary Malone. Here’s a woman and a scholar. She gets to call herself “Doctor,” she runs her own department, and she has papers published under her name. It all seems old hat to us, of course, because this is our world. But it comes as a tremendous shock to Mrs. Coulter.

And it’s funny that Lord Boreal describes the extremely unpretentious Mary Malone as “arrogant”–you know, like most women in our world. He seems to assume that she said or did something outrageous to offend Mrs. Coulter. But she isn’t offended, at least not by Mary. As with the baby scene, her scene with Mary seems to provoke a tangled mix of emotions. Mary is curious about her and enthusiastic about Lyra. 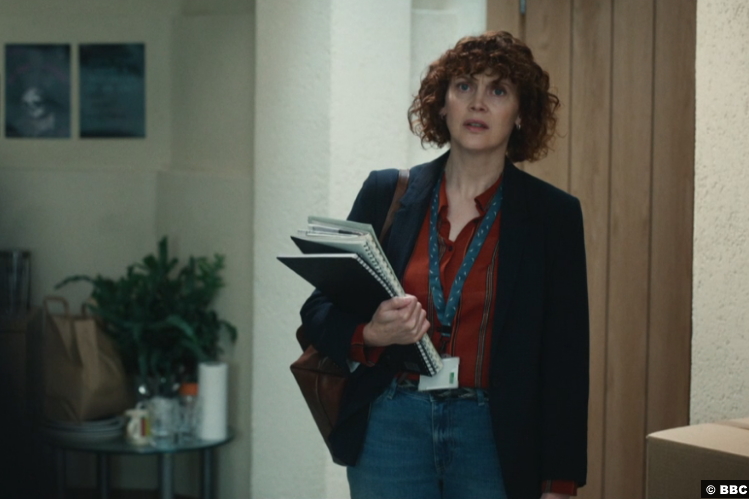 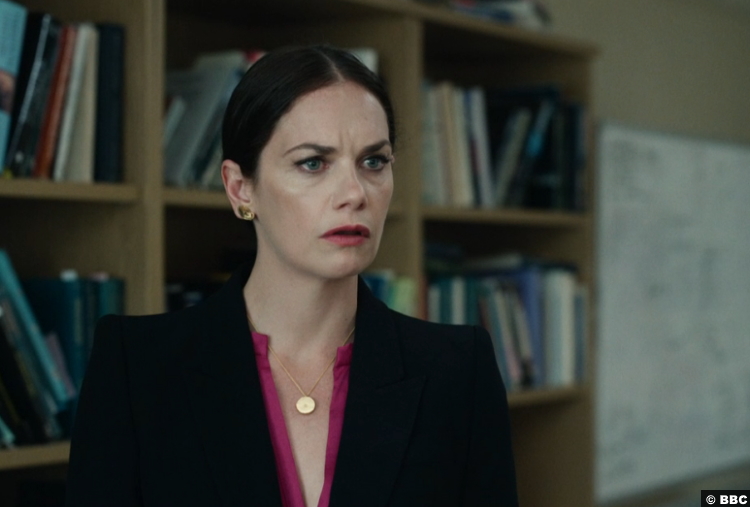 If I had to guess Mrs. Coulter’s emotions in and after that scene, then I’d say that first, she’s obviously distraught at how much she’s had to give up in her own world. No doctorate, no papers with her name, and no daughter. At the same time, I think she’s probably a little heartened that someone sees that daughter’s potential and wants to help her. But on the other hand, I’m sure it stings that yet another person who is not her has made a connection with Lyra.

And speaking of our girl, she’s busy basically being a cheerleader for Will as he learns to control the knife. They quickly figure out that Cittàgazze is laid out in tandem with our world. That means Will can cut into a specific place in our world, if he just figures out the right spot in Cittàgazze. Using this method, they narrow down the window to just outside Boreal’s house. 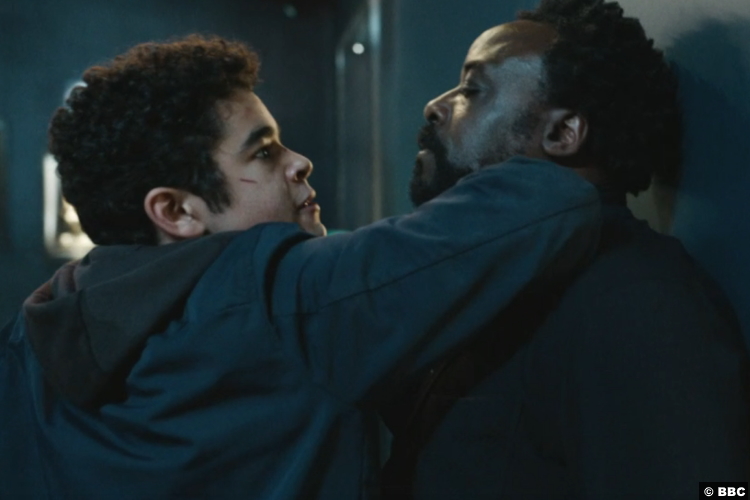 Of course, they have no idea that Mrs. Coulter is there. And despite Lyra’s remembering Boreal last week, Will hasn’t put it together that Sir Charles Latrom is from Lyra’s world. That’s a long way of saying that he isn’t expecting either of them, Boreal or Mrs. Coulter, to have a daemon. But Lyra is. 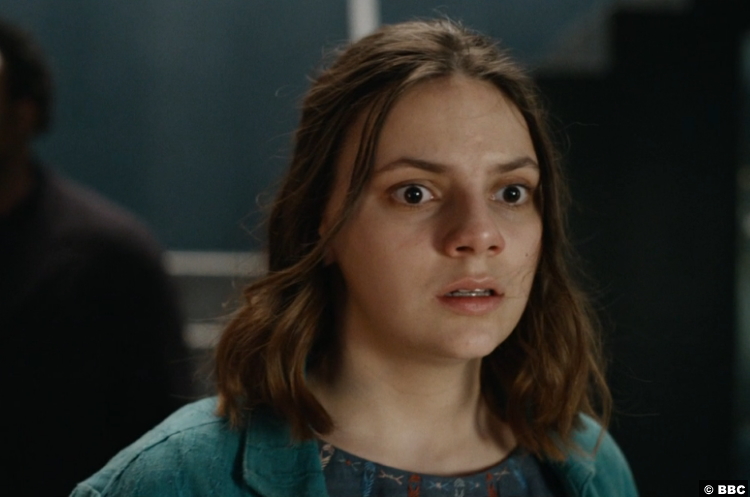 And she’s ready after the last encounter between Pan and Ozymandias. Pan transforms into a wolverine and basically beats the hell out of the golden monkey. It’s actually awful for Lyra, who hates being so like her mother in that moment, but they do get the alethiometer, and they do get to escape. 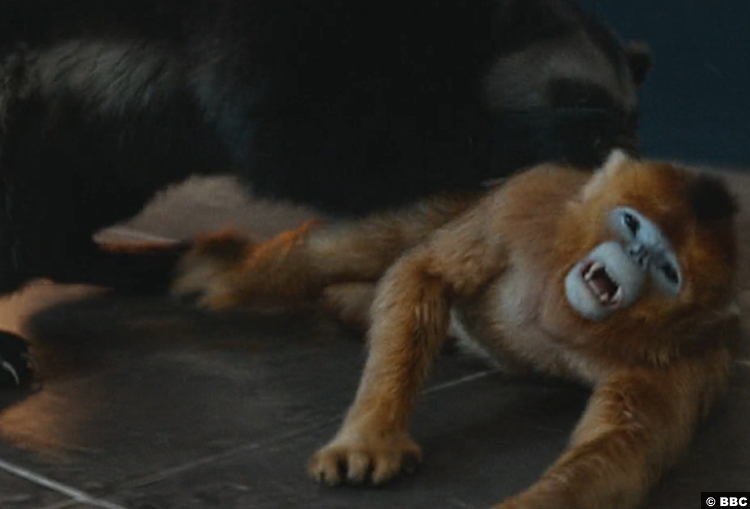 At the same time, the angels are speaking to Mary again, commanding her to “play the serpent.” Just a hop, skip, and a jump and she’s in Cittàgazze, too. The witches have apparently slipped through and the Magisterium is on their way as well. Everything’s ready to converge in the city of thieves.

8/10 – Again, I can’t say it enough–Ruth Wilson is amazing in this episode, as she is every time. And I didn’t get a chance to mention it, but I enjoyed the further plot development regarding Ozymandias. While Mrs. Coulter implies that she’s a witch, her ability to be apart from her daemon may be down to the other thing she mentioned: her incredible self-control. It’s still too early to tell, though, and we’re only halfway through the whole story. (But just one episode away now from the end of this season, unfortunately.)