The most unsettling thing about Mrs. Coulter for me has never been, say, her cruelty or her need for power. There are plenty of people like that. No, what’s bothered me the most about her is her daemon. He’s a beautiful creature, maybe the only one of his kind on earth. But still, the way she treats him–the way she hurts him, the way he never speaks–has always troubled me.

And while it’s easy to guess why she’s like this, it’s never really been spoken aloud until this episode. That comes, of course, when she’s talking to Lee Scoresby of all people. Lee, of course, has been traveling the north looking for Stanislaus Grumman.

He finally seems to hit pay dirt in one cold village. He hears at the hotel bar that Grumman had been up at the local observatory, so Lee heads up there himself. Unfortunately, the observatory is manned by a zealot who’s blindly devoted to the Magisterium. Lee is wise enough to realize that he’d better get out of there, but turning his back on the man just gives him the chance to get a shot off. Lee fires back in a way that seems almost instinctive. And unfortunately for the man, Lee is a much better shot. 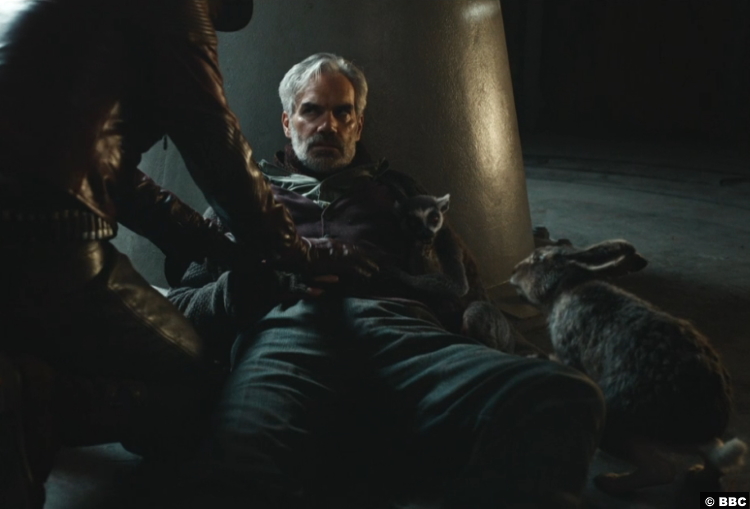 If he hadn’t taken the time to check on the man, then he might have been able to slip away. As it is, he’s taken in and roughed up, which is how Mrs. Coulter finds him. She tries her tough routine on him, but it doesn’t work. A childhood of abuse means that he can take as much pain as needs to, and what’s more, it also means that he recognizes it in her. It shakes her in a way that most people couldn’t even come close. 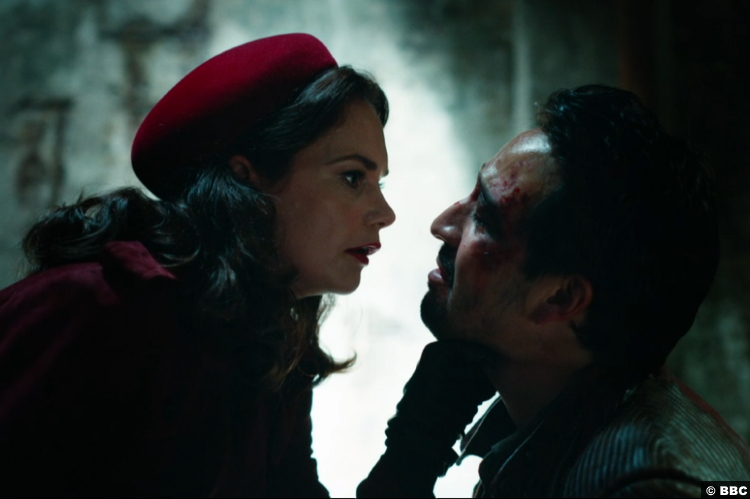 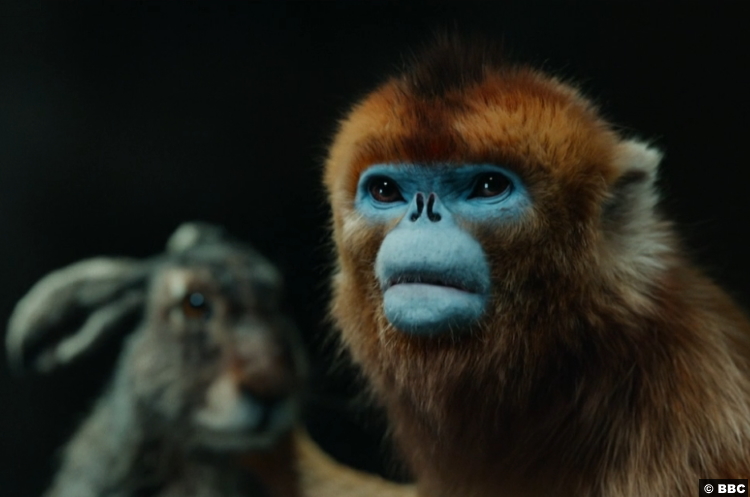 It shakes her so much, in fact, that she lets Ozymandias take her hand. We love cryin, don’t we, folks? It would have been the most moving part of this episode if it weren’t for something else. But before we get to that, Mrs. Coulter frees Lee, having been convinced that he’s got Lyra’s best interests at heart.

I think Mary would fit in that column as well, judging by the way she reacts to DI Walters, who’s looking for Lyra. She pleads ignorance, which is upset by Lyra’s sudden arrival. Lyra tries to play along, but Walters knows who she is and tricks her into admitting she’s been with Will. Lyra escapes–right into the waiting Tesla of Lord Boreal–and given all she’s learned in the last two days, all Mary really wants to know is: Is Lyra safe? 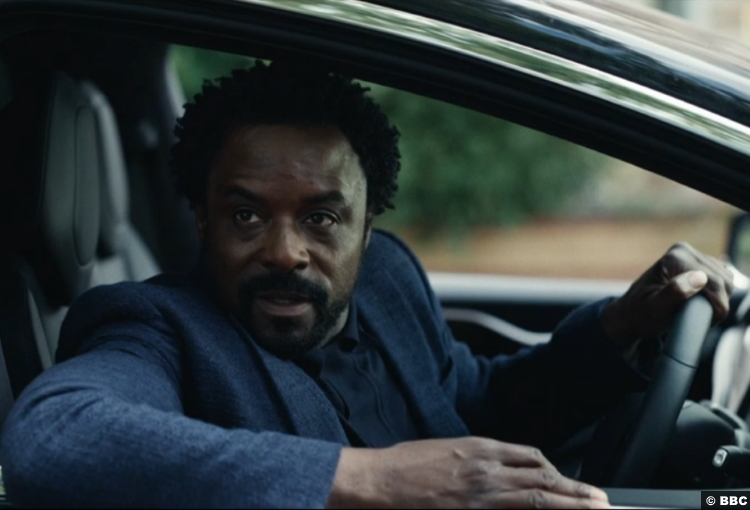 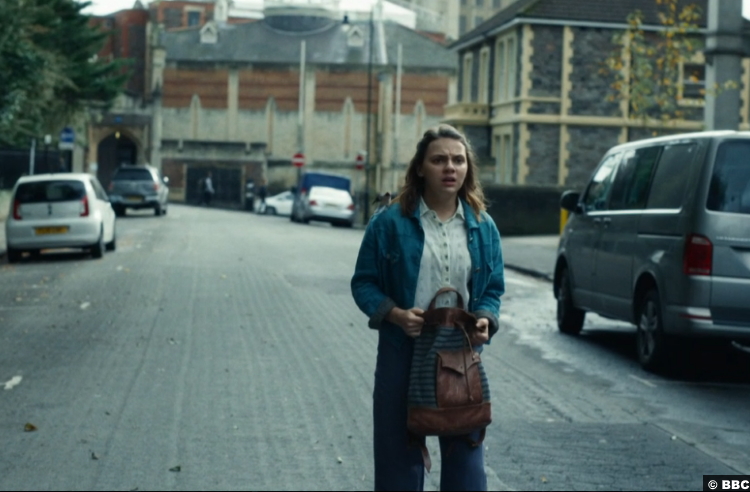 Well, she is and she isn’t. Boreal lets her out when she demands it, but Lyra forgets her backpack in the car. Boreal returns it, but something is now missing. It’s not Pan, thank goodness, but the alethiometer. Will, having just now found her note, joins her in his world. They take refuge in a movie theater, where Lyra inhales popcorn–girl, same–and Pan is wonderstruck by the movie (Paddington) onscreen. Lyra’s world may be full of magic, and it may have cool stuff like armored bears–hey, Iorek, we see you–but it ain’t got movies.

Having realized that Boreal gave her his card, she and Will go to his house. I’m not sure what their plan was, if they were going to try to break in or whatever. But he was expecting them, obviously, so he just opens the door. 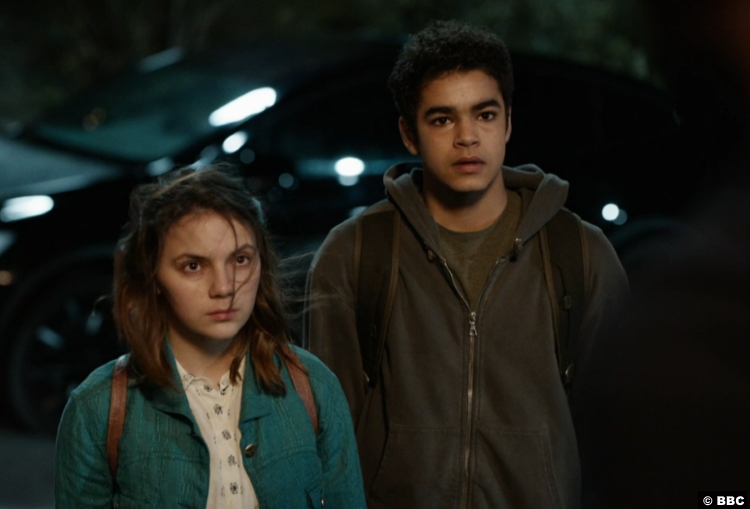 Because while he would probably like to keep the alethiometer, I don’t think he can read it. As such, it’s not as valuable to him as what he really wants, what he makes a deal with Will and Lyra to get. What he really wants is the subtle knife, which is somewhere in the Tower of Angels, back in Cittàgazze. And as Angelica told Will, there appears to be no way in or out of the tower. So yeah, piece of cake.

10/10 – This is basically the perfect example of a His Dark Materials episode. Nothing gets too far in the weeds, book mythology-wise, and every storyline is treated fairly and integrated well. I didn’t even mind the Magisterium storyline, which is usually a yawn for me, because the scenes with Mrs. Coulter and Lee were so good. So…great work, team.