Finally! Finally Fargo lives up to a fraction of the potential it showed when it first introduced Ethelrida in the premiere. She’s such a clever and interesting character that it’s never made sense to me why she got pushed to the side.

Instead, we spent more time with Odis, even learning his tragic backstory, and I’m still not sure why. I mean, Jack Huston is a great actor, and he’s played some characters I’ve really loved, but still…why? Why was this character so important to this season? Beats me. 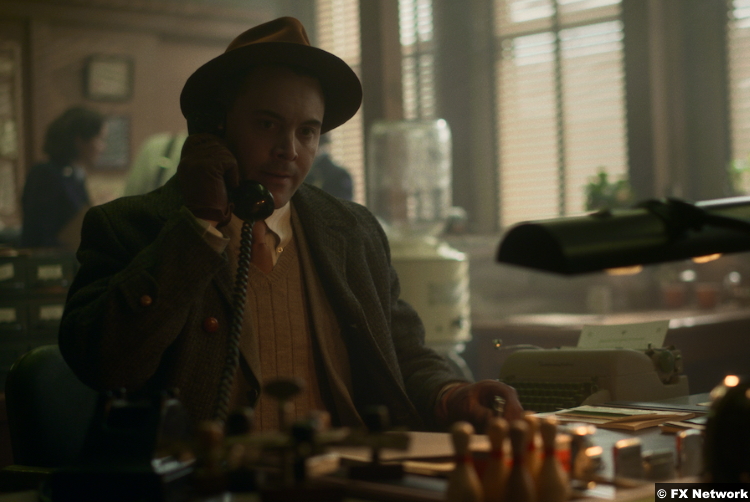 Anyway, now that we’re back in Kansas City, we arrive to find that the gangland war has only escalated. Both sides are losing men at a rapid pace, which means that both sides need to think of the next move. For Loy, that means calling in his wife’s play cousin Happy (Edwin Lee Gibson) to shore up his strength. You can tell that Loy’s heart really isn’t in this plan, so it comes as no surprise when it finds out he’s been betrayed.

Because as it turns out, the Fadda plan is simply to replace Loy with a more amenable proxy–Leon, in fact, who is, of course, Happy’s actual cousin. Leon will take over the Cannon Limited and get some nice prizes for his trouble. In return, the Faddas will have an end to the war and everything will be in clover. Of course, this is Fargo, and things rarely work out so well.

The first sign of strife for the Faddas is again, Odis, who’s decided that he wants to go straight. That can be a lonely path, though, as he finds out when he finds his apartment wrecked. Josto tries to coax him back, but just so he can kill him. Or have someone kill him–Josto rarely gets his own hands dirty. 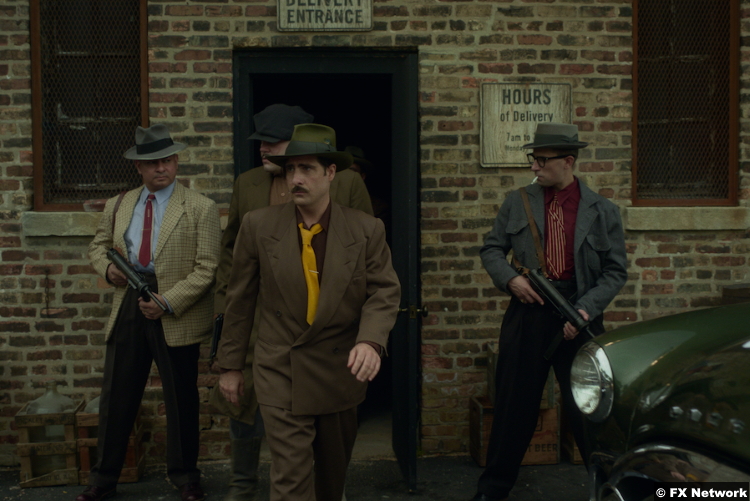 In this case, it’s Gaetano, who loves getting his hands dirty, who does the job. And in a callback to the scene where he slipped on the ice, the big galoot does it again. This time, though, he’s carrying his gun, and you know he has no trigger discipline. So as he trips, he shoots himself in the head. Josto’s power struggle is over for the moment, but now he has no immediate backup.

That is not a problem, however, that young Ethelrida has. She finally has her confrontation with Oraetta, but there are two important factors in her favor. One is that she’s just had a conversation with her mom about the family curse. It seems that the curse is actually that very mobile ghost we keep seeing. Years earlier, her great-great-grandfather had killed that man, Theodore Roach, the captain of a slave ship. Ever since then, he’s followed this family around for…reasons.

Knowing this seems to bring a kind of peace to Ethelrida, as if maybe she’s had her worst suspicions confirmed. (Or at least, the suspicion that there’s a ghost in her house.) And for the second thing, she’s got Lemuel Cannon standing there beside her. So although Oraetta makes a lot of blustery, racist threats, she doesn’t dare make an actual move right there.

Instead, she saves her skulking for nighttime when she tries to poison Ethelrida in her sleep. However, Roach, drawn by violence or maybe just one of the ladies, appears. It frightens Oraetta so much she turns tail and runs back to her apartment. Unfortunately for her, the police are also there, because Dr. Harvard has woken up and is very chatty.

Ethelrida, of course, never knows how close she came to death, although she does awaken with her family to watch the police take away Oraetta. That probably gives her an extra boost for what she does next. 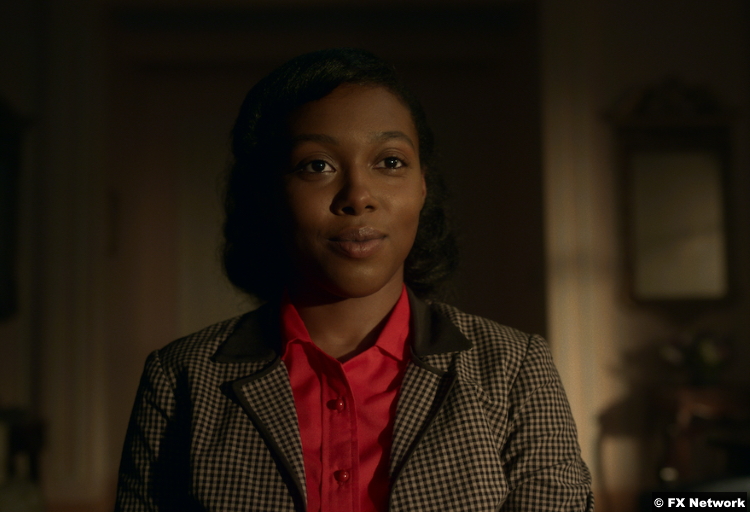 She’s already asked Lemuel to set up a meeting with his dad, who accepts more out of courtesy than actual interest. And although she’s brought figures to explain how her parents have more than repaid their debt, he repeatedly explains that that’s not how illegal loans work. I don’t think she really expected him to go along with it, though. If he had, then that would have been a bonus. But what she actually has in mind is more valuable.

She tells him the story of her awful neighbor, Oraetta, who kills people and keeps souvenirs. She tells him how she found this ring, then painstakingly combed through the microfiche archives of the newspaper, looking for its owner. And then she presents him with a newspaper clipping, where the ring can be seen very clearly on Dominic Fadda’s finger. Loy, for the first time, looks cheered. And although it’s unclear at this point how the plan will work, at least he’s got one now.

9/10 – This is probably the best episode of the season, solely because it spent so much time on Ethelrida. As I said, she’s such a compelling character that her absence from much of the season’s storyline baffles me.