This week, Fargo pumps the brakes on its ongoing main storyline, so they can retell The Wizard of Oz. Sure.

To that end, the bulk of the episode is rendered in black and white. We’re not in Kansas City anymore. We’re still in Kansas, though. 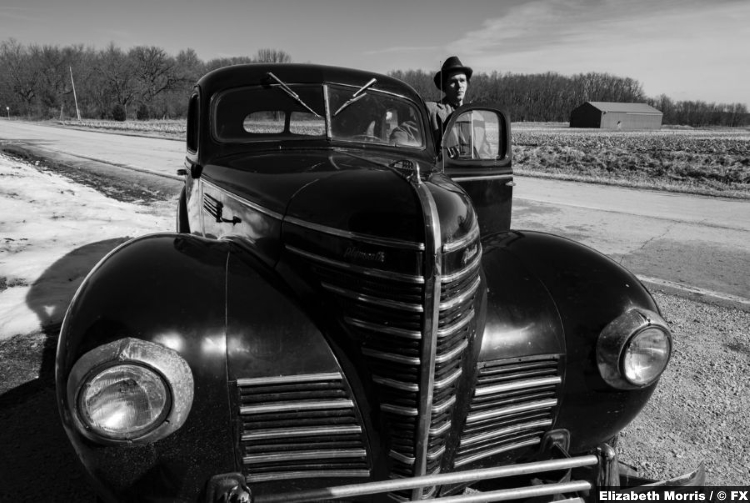 Specifically, we’re in Liberal, Kansas, for reasons that will shortly be revealed. We’re finally catching up again with Rabbi and Satchel, who are still on the lam. For the time being, they’ve holed up at a boardinghouse, whose history is a giant red flag. That’s because a sign outside announces that this was once the domicile of the Mellon family, who would kill travelers passing through. (Unfun fact: This detail is almost certainly inspired by either the Bloody Benders or the Kelly family, both Kansas-based clans who were known for murdering travelers.)

And upon first glance, the place isn’t really that welcoming. It’s owned by a pair of feuding sisters, who have split the place down the middle. (A witch of the east and a witch of the west.) There are also some unsettling guests there, although Hunk (Tim Hopper) is a friendly sort. So is Hickory J. Milch (Japhet Balaban), who might be an ancestor of season 2’s Trooper Milch. These two seasons do keep intertwining, after all.

Rabbi is passing himself off as “Duffy,” and Satchel as “Colt,” just a guardian and his ward heading for better opportunities. In reality, Rabbi is there because he once hid some money in the wall in a feed store. But things change, as Rabbi should know. Now the feed store is owned by a pair of brothers, who knocked down that wall and found the money. They didn’t spend all of it, but they spent enough. (And I can’t say that I blame them that much. I’m not sure how many people would think that hard if they found a cache of money like that.)

Rabbi is obviously disappointed by the news, so that’s probably why he’s a little short with Satchel. And that’s unfair. I think Satchel has been a real trooper with everything that’s happened to him so far. The least anyone could do is let him keep Rabbit, the little dog he found in the Barton Arms.

But it’s not just the fact that he’s a scared kid. It’s also his birthday, and he’s spending it in Nowheresville, Kansas, with a used-up gangster. Feeling bad, and perhaps reflecting on his own stolen childhood, Rabbi heads out to find something–a cupcake, a candy bar–with which to celebrate another year in Satchel’s life. 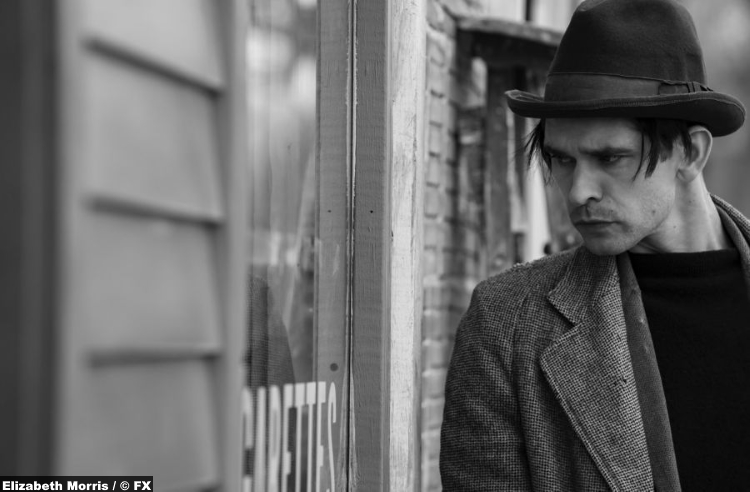 Unfortunately for him, though, he heads directly into the path of a whirlwind, both literally and metaphorically. The filling station he’s been directed to is the same one in which Omie has set up shop, waiting for Calamita. (If you’ll recall, Loy sent Omie on a mission to kill Calamita for killing Satchel.) Rabbi arrives just as they’re in the middle of their gunfight.

Rabbi gets shot, and struggles to steady his gun hand enough to shoot Calamita himself. Omie has also been seriously wounded, and it looks like Calamita will worm his way out of another tight spot. But then a force more powerful than the three of them put together arrives. It’s a twister, and it’s this season’s real unstoppable force. It roars through the filling station, taking the men with it.

Okay, I gotta call for a time out. I know this is a pretty fanciful episode, but still. Tornadoes are pretty noticeable. Once you hear that telltale train sound, you never forget it. So I’m not sure how none of them noticed until it was too late. But maybe we can just chalk this up to the show’s occasional supernatural jaunts.

And we’re back. After the storm, Satchel opens their room door to find that all the colors have come out. But Rabbi hasn’t. He’s always told Satchel that only death or capture would prevent his return. So after waiting and waiting, Satchel finally accepts that Rabbi’s probably not coming back. And then he sets off down the road, where a billboard promises “THE FUTURE IS NOW.” He might be out in the cold, but he’s not Goldilocks, who was really alone. At least Satchel has a little dog, too.

9/10 – This was a strange episode, especially so far into the season. But still, trimmed of its many other characters, it was a compelling one. Many of the characters we did meet in this episode were odd, but interesting. I especially liked the philosophical billboard man.