Finally, I will say this in defense of the show being written “on the fly.” It’s a common complaint that the show struggled because there was no story laid out from the beginning; the writers just sort of made it up in chunks as they went along. That’s true. It’s also true of shows like Deep Space Nine or Breaking Bad, both of which were written on a season-by-season basis. Very few shows are like Babylon 5, which was mapped out to an insane degree before the first episode was written (and which still had to be revised midway-through due to unexpected production changes). You can find nits to pick with BSG’s overall story, specifically with regards to this scene:

You can try and “headcanon” your way out of this but the fact is, the writers hadn’t conceived of the idea of Earth 1 and Earth 2. There was just earth, and the ending of “Revelations” was not in their mind when they wrote “Home part two.” So, yes, there are problems. They don’t bother me any, though, but maybe that’s just me.

I’ll say this and then be done: Consider how fundamentally critical the baby Hera ended up being to the show’s mythology, and yet, when the miniseries was ended, none of the writers or creators thought we’d ever see Helo again. According to Moore, Helo was meant to die off-screen but the actor was so good they decided to go back to Caprica to check in on him throughout season one, devising the love story that ended up being the fulcrum of the whole final arc of the show.

That’s what writing on the fly can do. It allows you the freedom as writers to improvise and revise the story along the way, trusting that a good story will be told when all is said and done.

Battlestar Galactica’s story has been told, and it was great. 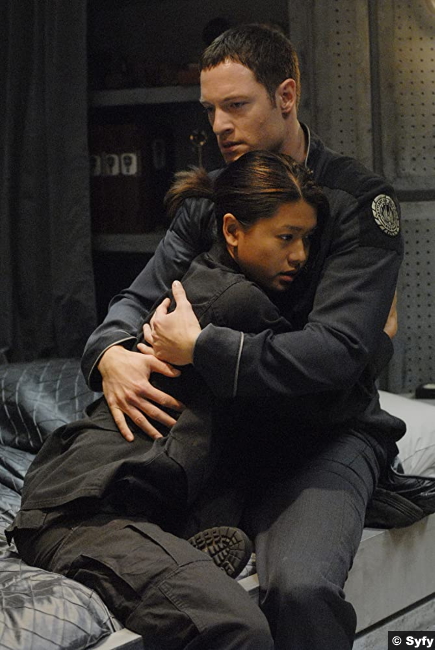 It’s been a pleasure revisiting this show during my COVID-induced quarantine. It had been a few years since my last rewatch and when I finally sat down, I did so thinking it would be something I came back to on and off throughout the spring and early summer. Instead, I blazed through it in just three weeks. Toward the end, as season four drew to a close, I felt like Adama, who once mentioned to Laura that he deliberately never finished his favorite book, because he didn’t want it to end. That’s how it was with me and Daybreak. It was the last one and I don’t want to watch it because I don’t want it to end.

No show moves me like this one. No show is nearer and dearer to my heart. I’ve been watching science-fiction since I watched the Next Generation’s third season premiere as a child. TNG was my favorite, then DS9. For years that was the king, no show would ever be better.

BSG is my favorite now and forever.

In terms of seasons, I think the first is the strongest, probably due to it only having thirteen episodes. It was leaner and meaner in that respect, and balanced the themes of the show nicely. After that, season four would be my next-favorite, as it was the best since the first in terms of episode quality-consistency. It helped that the season was conceived as a pair of ten-episode arcs. That really tightened up the writing. Season two is next, on the strength of its first half and the Resurrection Ship two-parter. Season three comes in last, but that’s no slight, as almost every other show on TV would kill to have episodes as high in quality as the four episodes that opened the season and the four that closed it. The show’s forward momentum really took a hit in the middle and that’s why it’s here in the back, but I’d take the weakest season of the show over almost every other show’s best.

I think it’s almost silly to try and list my favorite episodes. It would be easier to list the ones I flat-out didn’t like or the ones that I want to like but which didn’t work…

Tigh Me Up, Tigh Me Down

That’s it; just four episodes—one from each season—and of them, only one that is 100% skippable (Black Market), and one that is 75% skippable (Hero). The rest I have problems with but they’re essential viewing all the same. Four misfires out of almost eighty is a pretty incredible run if you ask me.

Now, if I must list the ones that particularly wowed me (in order of appearance)… 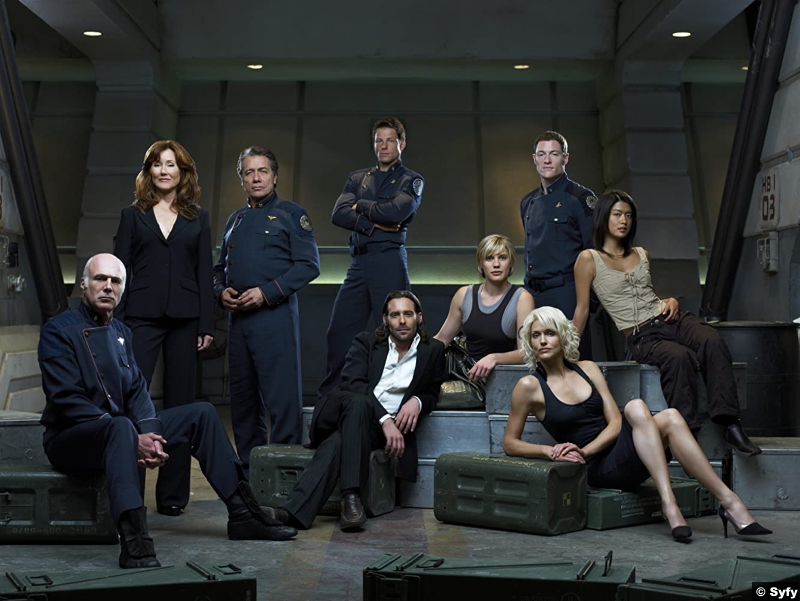 So say we all.