Apologies to Don McLean but the day the music died was fifty years ago, the day the Beatles broke up. For six years the Fab Four were the standard-bearers of rock music, bringing the notion of the singer/songwriter, exotic instruments, unconventional melodies, concept albums, and more, to the mainstream of music. The band invented and re-invented themselves multiple times in a relatively short period and managed to do what few uber-successful acts can: They evolved and took their fans with them. Think about how many rock bands over the years developed a signature sound, fine-tuned that sound, and won a loyal fanbase with that sound…only to change that sound and lose everything to the refrains of “you sold out” or “I liked them better when they were_____.” Or, think of all the bands that simply never evolved, that just stayed the same old crappy Rolling Stones, fifty-five years and counting.

The Beatles were able to transition from the mop-top pop of the British Invasion, to folk, to…what would you call Revolver? Acidic? to traditional rock before suddenly and abruptly and, to their fans, shockingly, walking away when they seemingly had years of hits left in them.

In fact, they did have years of hits left in them, just not together, and in fact, it was only a shock to their fans and outsiders that they split up. To anyone close to the band (and, to those of us with the benefit of hindsight) it was obvious that a breakup was bound to happen. Depending on who you ask or how you look at it, the band broke up either in late 1970 with Paul filing suit, or in 1975 when the famed “Beatles agreement” was signed, formally and finally dissolving the union of the four. You might look at it in more spiritual terms, and say the band was done when Let It Be released in the spring of 1970, since that was their last album. If you’re going to go that route, you’d be better off saying the band was done when Abbey Road’s symphonic, beautiful, side-two medley ended, since that was the last song on the last album the group worked on as a unit.

I don’t want to go too deep into the band’s break up. Instead, I’m interested in the aftermath of their parting, specifically that which happened in the aftermath of Abbey Road’s release (and subsequent mega-success). The band still had the Get Back recordings, shelved earlier in 1969 after too much drama soured the sessions. With the success of Abbey Road, reworking and releasing the Get Back masters was an easy way to make some money without having to work together. They gave the music to Phil Spector, once upon a time the most gifted producer in popular music, and set him on the task of getting the songs into something worthy of release. His work would produce the album called Let It Be, the foursome’s final LP release of new material. At the same time, all four of the band members were working on something for themselves.

George had dozens of songs that he’d written over the past couple of years. He was a volcano ready to blow after being limited to one or two songs on a Beatles album. His first album, the monumental All Things Must Pass released in November of 1970. Ringo wanted to dig into the country music scene that he’d grown up loving in Liverpool. He released that album, the very good Beaucoups of Blues, in September. John was deep into primal therapy and was writing an album’s worth of self-reflective and cathartic lyrics. His album, the underrated John Lennon/Plastic Ono Band record, came out in December of 1970.

And then there’s Paul. 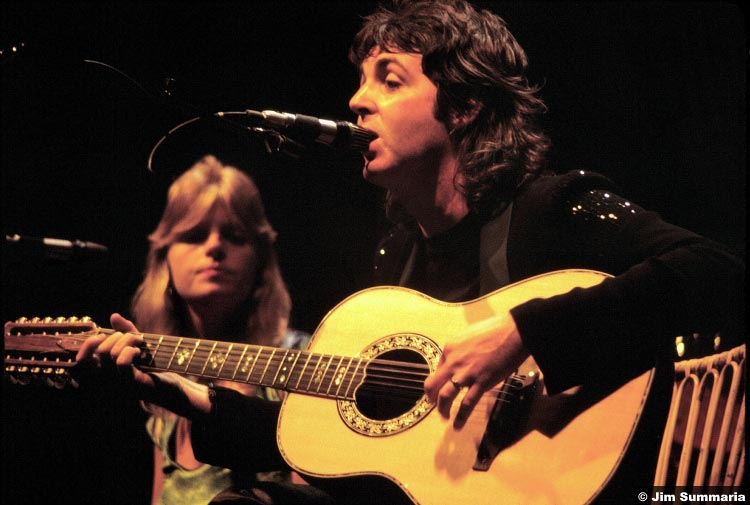 He was working on something too, a self-titled album written, produced, sung, and even entirely performed by himself. Ever the savant, Paul was ahead of the other three and was ready to release his album in the Spring of 1970…right on top of the Let it Be album. Naturally, the other three asked him to delay his solo release to accommodate the Spector-produced “band” album, but Paul didn’t budge. He didn’t like the job Spector had done, particularly with the songs he contributed to the album, and didn’t appreciate being told to keep his album on the shelf so the Beatles could release what amounted to a eulogy to the band.

The wild card in all this is the fact that Ringo Starr had already, quietly, released a solo album. It wasn’t the country album he’d been working on but rather was a collection of old standards. No one told Ringo to move his album’s release. But when Paul wanted to release his album on it’s scheduled date, mid-April 1970, the band resisted. Why?

They claimed that since Let It Be was ready for release, and the Let It Be movie was coming out in May, the album and film should release within the same time window. And since Paul’s album was set to come out in April, just a few weeks before, they thought it was only right that the band’s work takes priority. They proposed bumping Paul’s album to June.

Did you catch that? A month before Let It Be is no good, but a month after is fine.

Maybe it was the case that they didn’t want Paul’s first solo album to overshadow the band’s work. Maybe they didn’t want to see Paul’s album release next to a Beatles’ movie, giving him a boost of publicity over the other three. It’s not his fault their solo albums were slow-going compared to his. Paul didn’t budge. He made all the legal threats necessary and got his release date as intended.

McCartney’s greatest sin is in how much potential it had only to fall short of achieving it.