The Plane Ride From Hell

Plane journeys can be stressful at the best of times, but what happens when your trip is filled with boozed-up athletes who’d just finished the last date of a hectic tour? The answer is the infamous Plane Ride From Hell, a single 8-hour trip which resulted in several firings, two lawsuits, and several sexual harassment claims.

It was May 4th, 2002, and the WWE crew were flying from London, England back to the States. For the first time and only time in history, Vince McMahon paid for an open bar on the flight, and on a flight which included Ric Flair, X-Pac, and Scott Hall, you can be sure that certain wrestlers were going to take full advantage of McMahon’s generosity.

The first incident began when Michael Hayes punched JBL in the head as a ‘joke’ to split open a gash he’d received during the previous show, not to mention that Hayes was also reported to be so intoxicated that he allegedly tried to urinate on Linda McMahon. In addition to JBL and Hayes getting into a fight, X-Pac also cut off Hayes’s mullet after he passed out (either by booze or one of JBL’s clotheslines. X-Pac claimed that Hayes had been overlooking him in favour of other cruiserweights like Edge, Christian and the Hardyz, and so exacted minor revenge.

An amateur wrestling match broke out between a young Brock Lesnar and Curt Hennig, which saw them smash into the emergency exit door. Scott Hall, Ric Flair and Dustin Rhodes all allegedly made sexual advances towards one of the stewardesses on board, with Flair going as far to strip naked and whirlwind ‘Little Naitch’ in front of her.

In the aftermath, two of the flight attends filed lawsuits against WWE, which resulted in the sacking of Scott Hall and Curt Hennig. A few months later, X-Pac was also released.

Many people on board reported feeling shameful of what transpired, notably Jim Ross, who compared it to a school outing to the zoo. Unfortunately, while this would make a terrific DSotR episode, most of those involved are still affiliated with WWE and most likely wouldn’t be allowed to contribute.

An entire season of Dark Side of the Ring could be dedicated to the exploits of New Japan Pro Wrestling founder Antonio Inoki, having been no stranger to eccentricity and controversy during his 60-year-long career. 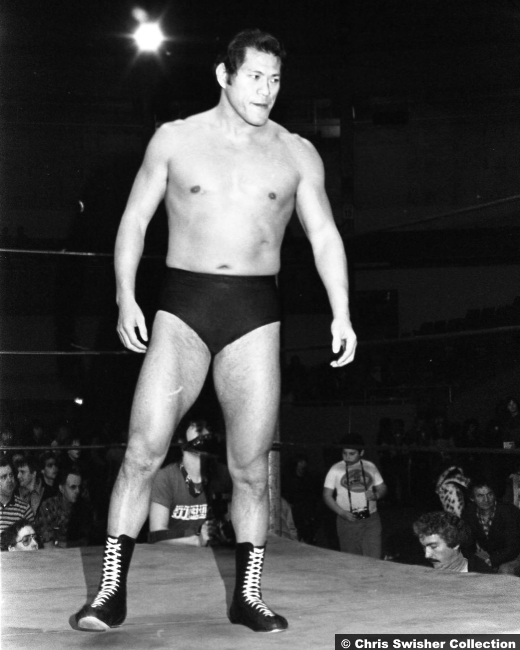 During his time as head booker for NJPW, Inoki is perhaps most famous for championing the Inokism era in the 2000s, which saw Japanese professional wrestlers participate in shoot fights with legitimate kick-boxers and martial artists. In almost every case, and quite obviously, the wrestlers came up short, many of whom suffered severe injuries for their efforts. Inoki seemingly had a burning obsession with MMA and other ‘real’ fight sports, but wanted to prove that his professional wrestlers were the most elite athletes of them all. It didn’t work out that way, and ended up adding further momentum to Japanese wrestling’s decline in the 2000s. 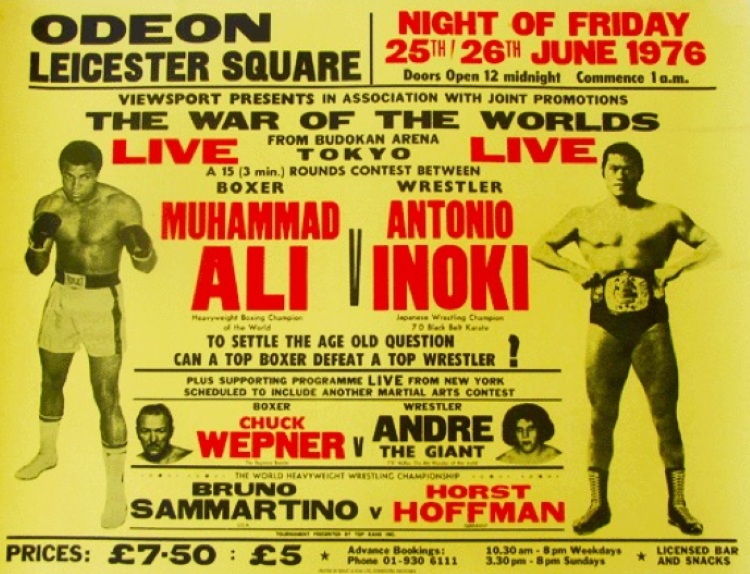 But in Inoki’s life story, this stint only scratches the surface of his madness. Back in 1976, Inoki fought legendary boxer, Muhammad Ali, in what was planned to be a worked match where Inoki would win, but some confusion led to Inoki and Ali fighting for real. Many boxing fans considered it to be the lowest point of Ali’s career. In 1989, Inoki delved into the world of politics, which saw him negotiate with Saddam Hussein over the release of Japanese war prisoners from Iraq, running a “peace festival” in Baghdad and years later travelling to Pakistan to lead peace negotiations between the government and the Taliban.

Another highlight of Inoki’s illustrious career is the little-known Ganryujima Island Death Match, a match between him and Masa Saito which took place on a deserted Japanese island. The match remains the longest in pro wrestling history, clocking in at an exhausting 2 hours and 5 minutes. While Inoki is certainly a well-regarded name amongst western wrestling fans, few people are aware of his illustrious life and the impact he’s had.

And speaking of Antonio Inoki, he was part of this piece of bizarre wrestling lore too.

While WWE gets a lot of heat for their shady dealings with a corrupt government, as with many things in wrestling, WCW did it first.

In April 1995, WCW put on a two-day wrestling spectacle in Pyongyang, North Korea. It was a crossover show with NJPW, pitting the stars of each promotion against one another in a show billed as Collision in Korea. The respective main events saw Scott Norton vs Shinya Hashimoto and Antonio Inoki vs Ric Flair. 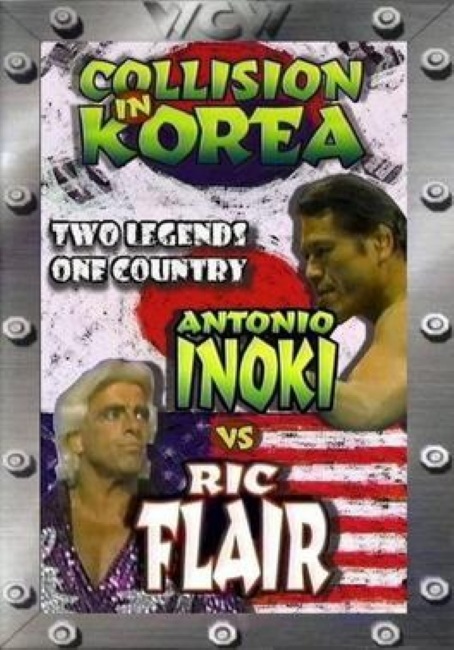 Tensions between North Korea and the western world were no different than they are today. The country was suffering through a severe famine during 1995, However, the politically-innovative Antonio Inoki had the idea to use the spectacle of professional wrestling to repair the dwindling relationship between Japan and North Korea. He enlisted the help of Eric Bischoff to bring in WCW’s finest, along with his old friend Muhammad Ali.

Right from the beginning, it was a harrowing experience for everyone involved. Bischoff reported travelling to Pyongyang in a rickety World War II-esque plane and landing in a city that was eerily devoid of life. The performers were then broken up into pairs and were only allowed out on the streets when accompanied by a designated escort from the North Korean secret service.

Bischoff, Ali and the wrestlers were photographed alongside the city’s monuments, partaking in forced ceremonies which honoured the recently-deceased Supreme Leader Kim Il-sung. Scott Norton called his wife from his hotel room, bravely referring to the country as a ‘shithole’ and was then immediately disconnected from his call, taken down to the hotel basement by armed government workers threatened with his life. Flair recalled visiting the North Korean equivalent of the White House, where he was told by a government official that if they wanted to destroy him without consequences, they could.

Upon arriving at the arena for the first night, Norton exclaimed his awe at the 100,000 plus people in attendance. However, his driver then told him that everyone present was forced to attend, and if they didn’t, they’d get a bullet in the head. It soon became clear that the North Korean fans had absolutely no clue what professional wrestling was, and spent two days watching in confusion rather than awe.

To this day, Collision In Korea remains the highest-attended wrestling show in history, with somewhere in the region of 300,000 attendees over the two days. In the 25 years since it took place, wrestling has never returned to North Korea. It holds a strange place in wrestling history due to the almost-surreal nature of what transpired, and it also remains the only time that Flair and Inoki ever faced off together in the ring.