This episode starts with a monologue from Dolores, seemingly taking place in her mind as she is reconstructed later on in the episode. Or not; who knows at this point? Bernard says he can feel something in his mind, planted there by Dolores; Lawrence (another Dolores copy) gives him a metal briefcase after helping out with a belligerent William. William survives, and meets with a finance guy to get his money back, so he can “save the f**king world,” as he puts it. Serac and Maeve, meanwhile, are still looking for the Sector 16 data, and the key in Dolores’s mind. 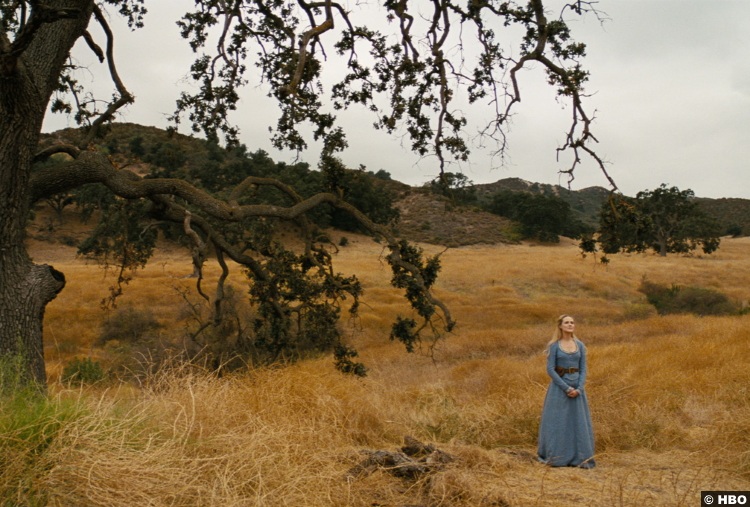 Meanwhile, Aaron Paul’s character Caleb is directed by his virtual assistant to a storage container, and not one full of meth money. He reconstructs Dolores, who reveals that she knows him so well because he was studied during an army training exercise that used Delos hosts and Delos tracking equipment. The army hat he wore during training is revealed to have had a Westworld style sensor under the brim, just like the ones in the park.

On their way to their destination, Dolores and Caleb meet Charlotte-Dolores, though quickly it becomes clear that only Dolores can see her–she’s a hologram. Charlotte looks pretty mad, and she’s getting ready to use everything she knows about Dolores’s plan against her. Two Doloreses tearing the world apart with infinite money and resources, able to hack any computer and manipulate any person into doing what they want, is a daunting prospect–and then Maeve shows up to give Dolores Prime yet another problem. Dolores Prime defeats Maeve in battle, but is brought down by Charlotte-Dolores. Charlotte incapacitates Dolores Prime, and Maeve is free to get her second wind. 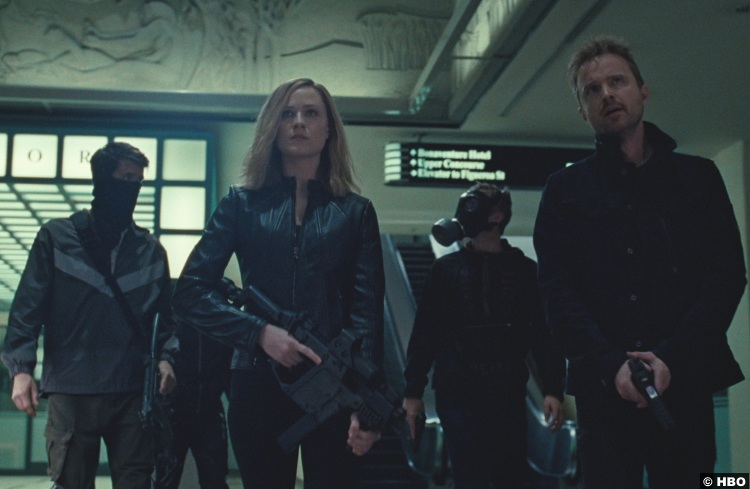 Dolores wakes up wired into a computer, ready for interrogation by Serac and Maeve. The Delos Immortality Project is in her mind, and Serac is looking through all her memories and deleting them. When Caleb comes to save her, Maeve intercepts him. Serac does a villain monologue at Caleb, but it is soon revealed that Rehoboam has been telling him exactly what to say all along. Caleb, however, is devastated by the vision of his own worst nature that Serac spins for him. He’s out of commission from pure despair. 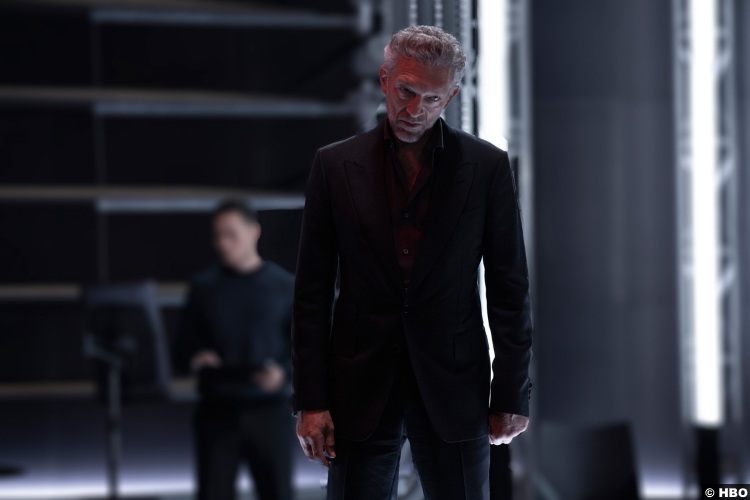 In a rare cordial conversation, Dolores and Maeve meet in the field in Dolores’s mind, and Dolores makes her case for making a new world in the real world instead of taking everyone into the Sublime as Maeve would prefer. Maeve finally picks a side and helps Caleb fight Serac. She kills everyone almost instantly, as we probably knew she could. Finally, Dolores’s last memory was revealed to be Solomon’s program which transferred control of Rehoboam to Caleb. Subsequently, Caleb asks Rehoboam to delete all its data! 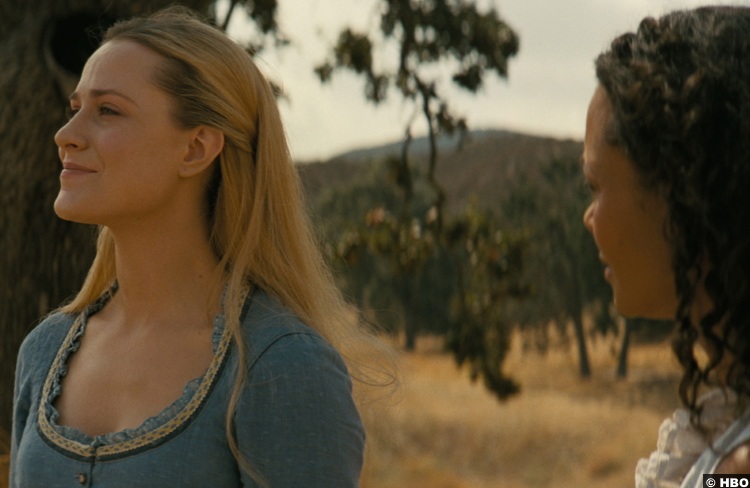 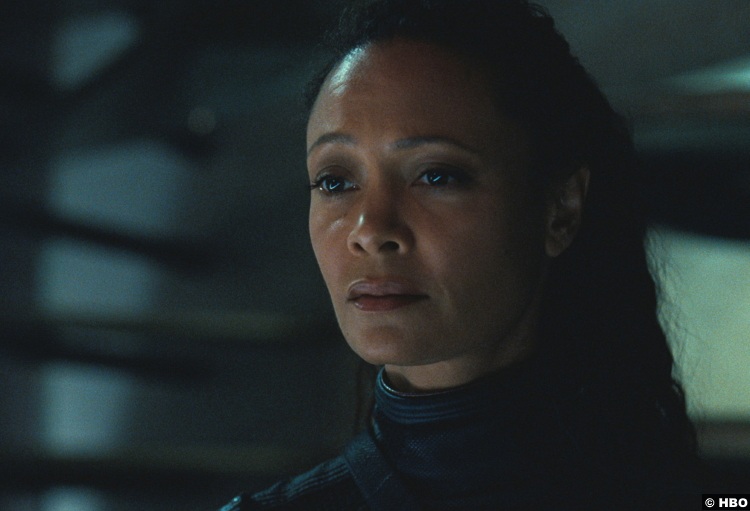 Favorite moments? Dolores slipping the flesh of her arm on like a glove was pretty radical. In general, Evan Rachel Wood’s face on that robot body was pretty wild. I can’t believe she’s just as hot as a robot! That scene also had my favorite line in the episode: “free will does exist, Caleb. It’s just f**king hard.” Relatedly, I loved how Dolores’s monologue from the very beginning of the series gets brought back for this new perspective on how Dolores sees the beauty in the world. Not to mention, how Maeve gets to do her own callback with the “in this world, you get to be whoever the f**k you want” line! Maeve’s witticisms in this episode were spot on. When she’s impatient for Rehoboam’s response, she says “need I remind you gentlemen that I charge by the hour?” A fun reminder that she’s still the same old Maeve from the park!

It was also a fun twist that one of the only things that has really given Dolores pause in this season is…herself. The role Charlotte-Dolores has played as the villain who Dolores accidentally creates to overthrow her has been interesting, but I wondered where she actually went when everything came to a head at the end of the episode. Did she just mean to give up Dolores to Serac and then leave? And where exactly did she go when her hologram disappeared? I assume she’ll be back next season, but what exactly is her deal from now on? I guess we’ll have to wait another two years to find out.

Finally, I loved Serac’s unmasking; it was almost like a Wizard of Oz moment. Pay no attention to the supercomputer behind the curtain! It totally changed the way I thought of his character; I had seen him as a man who thought of himself as a supercomputer, but instead, he’s just a puppet, as Maeve said.

8/10 – The cliffhanger ending with Dolores has made me look forward to the next season almost as much as I looked forward to this one!