The Walking Dead S10E09 Review: Squeeze – Worth the hype

The episode baited reviewers with “explosive return” so I refuse to use it. I want to though.

Sure it felt like Wile E. Coyote co-produced and layoffs in the gaming industry sent their producers to AMC. Is that necessarily a bad thing? Not as far as I’m concerned! “Squeeze” is odd and uncomfortable from time to time. The plot lacks any compelling depth and the metaphors feel like an equal mix of red herrings, one-note, and genuinely satisfying. When I take my reviewer hat off and just let myself enjoy the episode, it’s incredible. 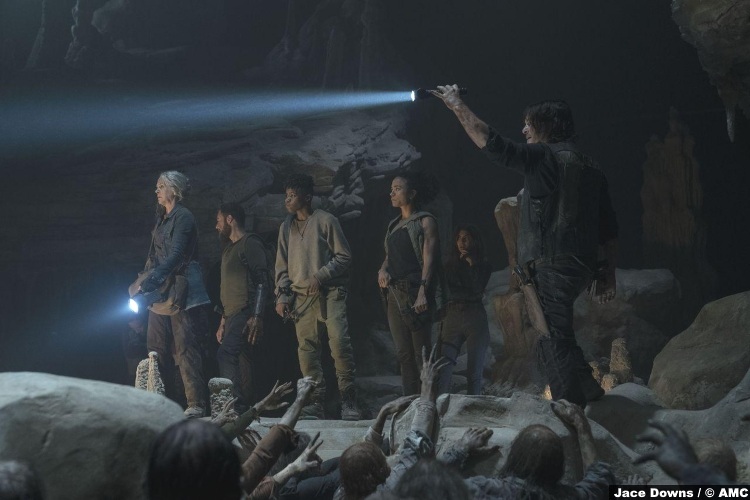 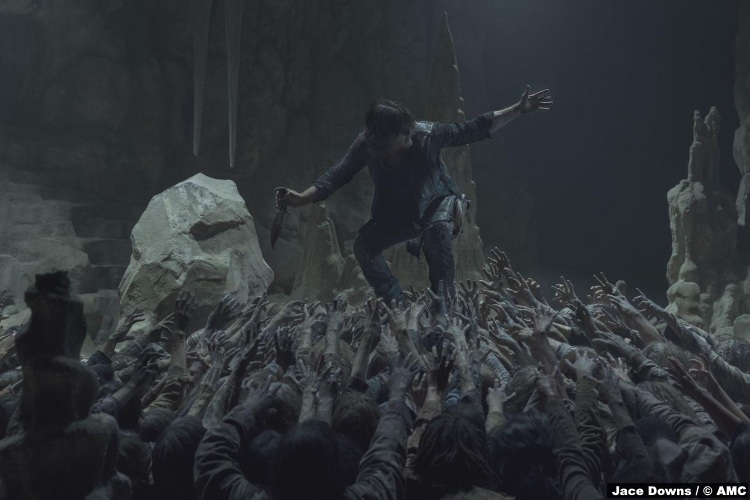 Alpha has our heroes trapped after Carol’s reckless thirst for vengeance led to the Whisperer’s Horde. The team scrambles across pitfalls and faces peril after peril while the overconfident villain leaves them to their fate. A possible double-agent leaves behind a torch. Can the torn party regroup or will their own internal turmoil destroy them first?

All amazing questions set up in the first 10 minutes. The writers immediately got to work and slammed down the previous 8 episodes’ plotlines in a nice, neat bow. As a fan, this feels like a welcome return to the characters and the bigger narratives of the show. I was happy to see the insanity. The early half of the season felt slow, dragging with side-plots with rushed conclusions. I understand the need to compensate for Gurira’s pending departure but giving us the characters we want in a situation that feels important and active? Yes please!

Negan’s plot relied more heavily on Jeffrey Dean Morgan’s incredible acting ability more than writing. Really though, when you have a talent like his, why would you try and contain it? His scenes feel like the writers threw together a scenario and let the actors play it out. When Negan and Alpha are on screen together, I remember why I love watching The Walking Dead after all these years. It’s why I feel comfortable writing week after week about this technical criticism or this failure in writing. It’s why we all come back to these characters every chance we get: the talent of the acting compels the viewer to accept whatever scenario is playing out. When the writing cooperates, they even charm us into playing along.

Did Carol try and blow up a whole horde of zombies with dynamite conveniently located in a collapsed mineshaft? Hell yeah! Was that the best way to resolve this plot? Absolutely not. Could it have played out in a thousand other ways that ended in equally or considerably more satisfying ways? Easily. I imagine the fan fiction community will have a field day with this one tonight. Did I care until I sat down to write this? Nope, not really.

Much of the episode feels like you’re playing along with some kind of railroading-platformer. It’s Mario but you’ve edited the code to have Resident Evil skins on everything. I enjoyed seeing Carol choose to shoot the red barrel, despite everyone in her party disliking that. I’ve wavered a time or two on how cartoonish the show should really be but I’m happy to see the writers have picked a direction. If I’m being honest, it was the answer I hoped for. Tonight, the writers let us find what meaning we wanted in the spectacle of the show. They didn’t give us much to work with in terms of ‘deeper meaning’ but they finally committed! I hope we’ll never see them fall back to “real life but with zombies!” again!. The boldness of this episode to be a little absurd felt welcome.

Now let’s go back to my reviewer take and discuss the only other particularly questionable bit from today: Negan and Alpha having sex.

Zombie Eve and Bat-wielding Cain having some intense power-play forest sex isn’t uncomfortable but I really wish it didn’t happen. There’s a lot taking place in the episode that could have made for intense emotional material. Are the writers trying to one-up slash fic? Are we encouraging them to make slash fic? I like that the metaphor is transparent and the actual work of the shots and performance went well. I still hate that it happened. 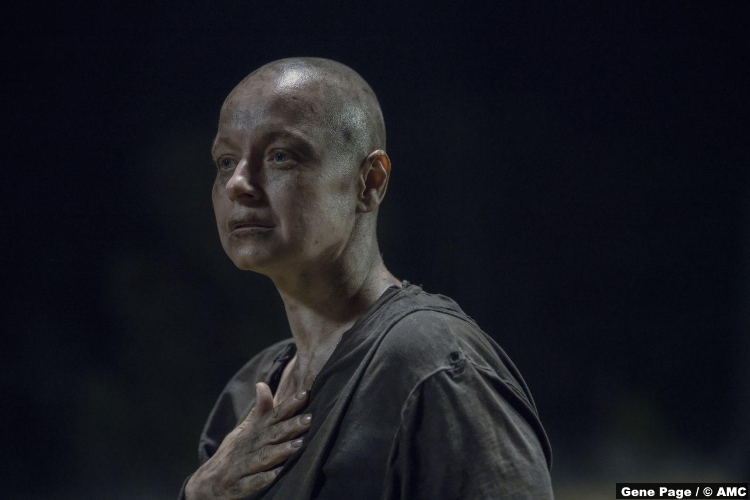 Perhaps what I hate most is that the writers continue to humanize the villains without necessity. Alpha was terrifying because she lacked humanity. The weakness Beta feared because her daughter fit. There was emotional content worth exploring – could a woman so dedicated to her nihilistic ideology fully sever her connection to her child? The resounding “no” apparently encouraged the writers to simply make Alpha the same maladjusted loner in need of a friend every other villain seems to be. By the end of the season, I fear we’ll be hearing Alpha cry genuine tears of betrayal as Negan smashes her skull in. I’m already angry about how cool of a scene it will be.

The episode deserves to speak for itself on much of what’s presented. The visuals are well-executed and move the story. The plot points are simple and direct. I’m happy to see a firm commitment from the show’s staff to press the “comics made real” voice we heard better in some of the later episodes of the season’s first half.

Where “Squeeze” fails is in the plot. The “killing” of some minor characters was a nice touch to try and give some severity to the situation. It didn’t accomplish much. What matters here is that the plot points I’m picking at are still really cool. 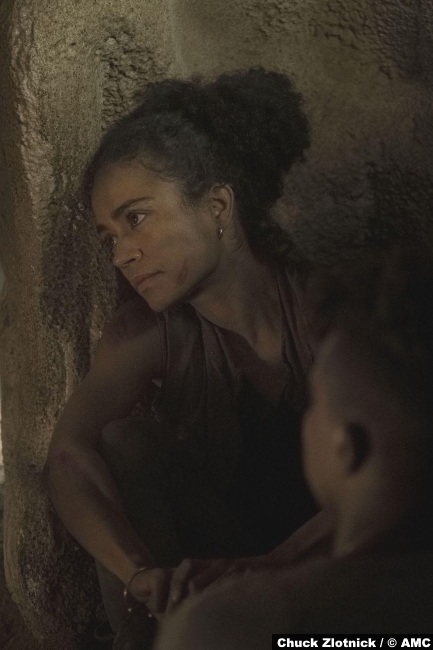 What I want to say about “Squeeze” really comes down to this: well done.

For everything they had up to this point and every bit of talent they could lean on in this episode, the writers, actors, and technical production were incredible. It’s not perfect but television rarely has the luxury of time for perfection. What time they did have was made use of to incredible effect. I want to pick at things because that’s what a good review should do. It’s also important to hear from a fan on an episode that really just was incredibly fun to watch.