Dare Me S01E07 Review: Scorched Earth – A great job of drawing out the suspense!

Even if the previews for this week hadn’t dramatically intoned that someone would DIE, it’s not hard to predict that something bad is going to happen. After all, look at what happened the last time the girls were hyped up about regionals. That just (temporarily) cost RiRi her face. But this time, it’ll cost something more.

And this time, we learn the truth at the beginning of the episode, even if it’s hazy. Sarge Will is our unfortunate victim. 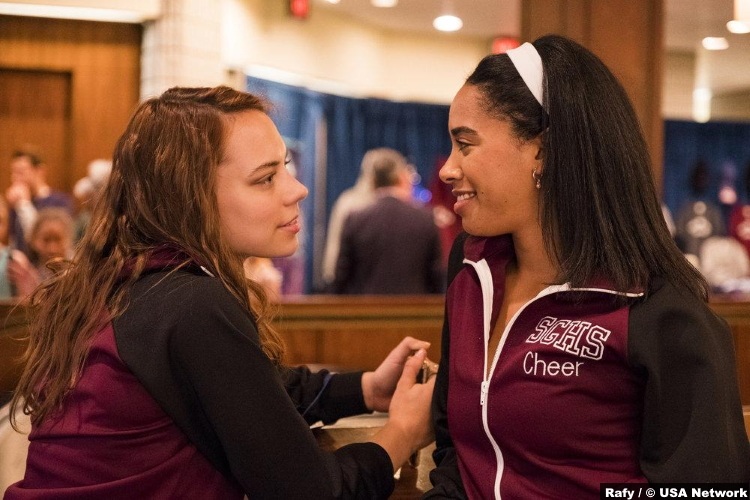 Before that, at least in this episode, it seemed so good. Sure, we learned last week that Will was struggling, but it was easy to push that into the background as we spent time with the girls this week. Addy and Beth have a couple of cute moments together, and despite the pain she’s been experiencing, Beth seems to be in a good place.

Her mom, Lana (Tammy Blanchard) even manages to climb out of a wine bottle long enough to make it to Cleveland, where the regional competition is taking place. Both she and Bert take Beth out to dinner and it’s actually really sweet. (And on a non-plot-related note, Marlo looks so good in this scene. I couldn’t stop staring at her eye makeup.)

Of course, the dinner, at least for Bert, is cut short because Princess Tacy is having a crisis. (Crisis: She’s drunk.) So it’s easy then for Beth to fall back into her old patterns of resentment and anger, and it doesn’t help when Addy isn’t there when she gets back. They’d planned to hang out together, but Addy apparently forgets, because she’s hanging out in the sauna with Colette. 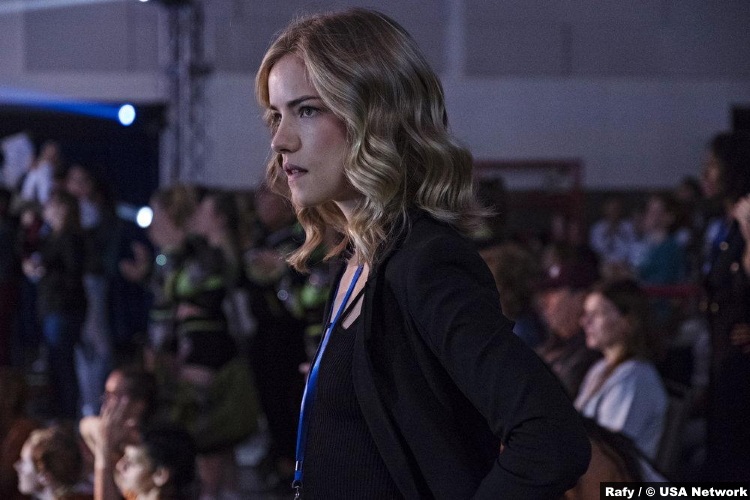 As for Colette, she’s doing a reasonably okay job of looking like she has everything together. She cannot drop any of the balls she’s juggling and she cannot crack, not in front of anyone. So while Will is absolutely blowing up her phone with sad-sack texts, she just grits her teeth and keeps going.

Now back to the sauna. Although nothing happened there, it made me very uncomfortable. I know I’ve written before that I don’t like when adults try to be one of the cool kids. Well, I’d like to underline that again. It’s weird and you shouldn’t do it.

Because not only does it make the boundaries between adult and student very fuzzy, in this case, it damages the relationship between Addy and Beth even further. And this is not a relationship that can take many more hard knocks.

Addy is so impenetrable sometimes that it’s hard to get a good idea of what exactly she’s thinking. I’ve gone back and forth over the last coupla episodes with what she thinks of Colette. Sometimes it seems like she’s got her coach’s number. But with this episode, it appears that she’s still in her thrall. Because that was a really mean thing to say to Beth. 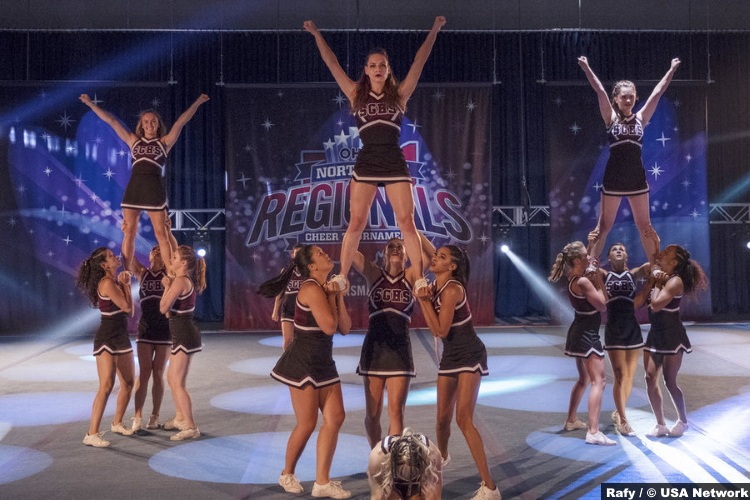 Also, wildly irresponsible to say it right before their performance. (And by the way, I watch The Outsider, ostensibly a horror show, on the same night. Yet nothing made me almost have a heart attack faster than watching Addy and Beth bicker as the seconds counted down to their performance. Get on the mat!)

But despite the mean words and the hurt feelings, they manage to pull off their routine. It’s not perfect, but it’s good enough to get them into the top 5, and thus, on their way to state competition. Pretty cool, girls.

That good feeling comes to an end, though. Back in Sutton Grove, Colette’s already arranged to meet Will. I have no idea what she’s thinking here. She definitely shouldn’t have slept with him when he showed up at her house last episode and she definitely shouldn’t be dragging this out. It seems obvious that she doesn’t have the same feelings that he does. As she tells Addy, she thought it was something she needed–past tense.

But I guess that doesn’t matter much at the moment. Addy gets a middle-of-the-night phone call from Colette that sends her over to Will’s apartment building. There he lays dead on a coffee table, a pool of blood already formed underneath. So what happened here?

8/10 – Intrigue! While we’ve known this whole season that there would be blood, I think the show’s done a great job of drawing out the suspense. While they’ve gotten a bit clearer in recent episodes with telegraphing the victim, they’ve held their cards closer when it comes to the murderer. Even though I’ve read the book, I’m interested to see how it all unspools.

Also, what was up with those weird noises coming from the model apartment in Will’s building?