January was a pretty run of the mill month for one of our two companies, but for the other, it was all kinds of unexpected and fun. As a result, though both brands had good months, one company ran away with it…

Full Sail is always going to be at a disadvantage due to being a tiny venue. That being said, audio issues have hindered AEW and NXT’s commentary team is good enough to make the show work even in an empty arena, so this is always a close battle. The decision usually comes down to one show having a single standout moment in the month; something to break the tie.

This month AEW takes it in a walk. Back to back shows with special themes (Bash at the Beach, followed by the Jericho Cruise) made for a great change of pace. WWE is so careful about homogenizing their on-screen elements so that every episode looks the same; Bash at the Beach and the Cruise show were, together, a great example of what being a purely non-WWE product can do. Hopefully, the great success (both from fans and in the ratings in general) will encourage more variety with the stage/environment. One themed show a month would be great, at least during the eight months when they aren’t running a PPV.

Can we make this a tradition? #aewdynamite

That about wraps it up.

First of all, Judas slaps. Second, and I might just write a whole piece on this, but it’s incredible the journey of Chris Jericho and AEW as a pairing. Chris wanted to run a WWE show on his cruise and Vince shot him down. That was one of the inciting factors to his leaving and joining AEW. Chris being in AEW and winning their world title instantly legitimized them.

Now here he is, walking down the ramp for a company that’s in many ways, the spiritual successor to WCW (the company that never saw main event potential in him), as world champ and the undisputed central cog in the machine, while the sold-out crowd stands on his cruise ship, and sings his theme song, that his rock band performed. Imagine telling 1998 Chris Jericho what his life would be like twenty-two years later.

Anyway, the crowd was hot for AEW all month long everywhere they’ve been. They’re not selling out as they did in their first month, but give them time. If they keep it up, they’ll get there. Right now, flipping between TNT and USA makes for a staggeringly-different vibe. USA looks like it’s running a start-up indie company; TNT looks like it’s got the hottest wrestling show on earth.

WINNER: advantage no one

It’s not as if NXT is rolling over and dying. They’re still putting on matches that would be the envy of any weekly wrestling show ever. Really, it’s incredible how they have kept it up. Every month we say “they can’t keep running mini-Takeovers” and every month we look back on the previous four or five shows and say the same thing: “Welp, they ran another four or five mini-Takeovers.”

Granted, no show is as good as any Takeover, but every show has at least one match that’s good enough for at least a Takeover undercard spot. And on the one or two occasions where there’s a big title match, the show holds nothing back. It’s weird how NXT exists almost within its own little pocket dimension, where WWE is in the middle of a war and has to pull out all the stops to win. Meanwhile, Raw and Smackdown exist in the boring dimension, where they can sit back and coast.

AEW can’t be ignored either. They’re working with a very different sort of roster but they’ve done a good job highlighting their big names and getting newer acts over big time. Just about any show that has a Pac match is going to be great, just like any Jon Moxley match is going to bring a magnetic attraction to viewers’ eyeballs. It’s apples and oranges with AEW and NXT, but both are typically great, and both were great this month. 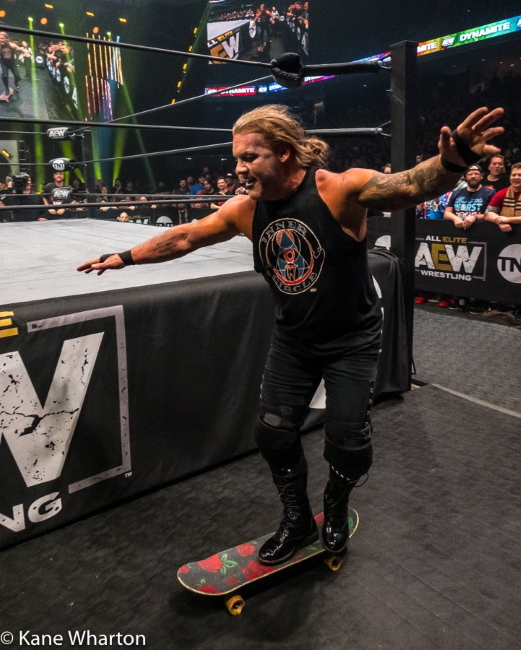 I think it’s safe to say AEW was the more unpredictable this month.

As said in the opening, this month had a clear winner. Even though the other show was very good, with no major flaws to point out, there was one show that stepped up its game after a six-week ratings skid and turned in its best month since its debut…

AEW lost momentum in November, both companies floundered during Christmas, but January was a great bounce-back for the still-new wrestling brand. Here’s hoping both companies keep their momentum going into February. AEW has a PPV to build-to, and NXT has the start of their road to WrestleMania.

It should be a fun month to come.