Nancy Drew S01E12 Review: The Lady of Larkspur Lane – A return to form

After the revelation last week that Lucy might have been afraid of her mother, Nancy obviously wants to talk to Mrs. Sable. The only problem is, Lucy’s mom is institutionalized in the county mental hospital.

Actually, that’s no problem at all for our intrepid girl detective. The hospital, which is actually a converted home, is undergoing renovations. So Nancy, Nick, and George are just able to walk right in from the part of the building that’s still a creepy homestead. 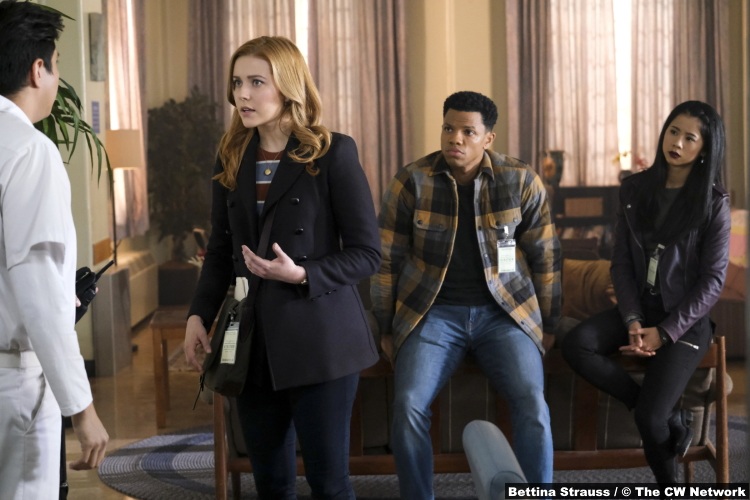 However, Nancy’s conversation with Mrs. Sable seems less fruitful than she would have hoped. The woman is obviously ill, and the things she says to Nancy don’t make sense to her. They do make sense to Nick, though, who recognizes part of it as a Bible verse. So Nancy’s able to figure out that Lucy’s mom hid the “key” to Lucy’s secret in a Bible…somewhere.

She finds out from an unusually helpful orderly that the Roper family who originally lived in the house died in a room called the “whisper box.” That doesn’t sound great. The whisper box, incidentally, is part of the shuttered wing of the building. So Nancy heads over there.

Meanwhile, Carson has realized that his life is in danger, so he calls around looking for his teenage daughter to help him. He gets Ace, instead. And I have to say, it’s a small thing, but this kind of took me out of the episode: When Carson calls Ace, Ace is surprised to hear from him, because it comes in like a regular call. However, in many cases, calls from correctional facilities are announced on the line. Like, “You are receiving a collect call from [insert inmate’s name], an inmate at Horseshoe Bay County Jail. If you would like to accept the charges, [instructions follow].” Again, this is a little thing, and Carson probably set up a prepaid call account, but still. I spent time thinking about that, which was a mite bit distracting.

Anyway, Ace decides that since Nancy is a little tied up at the moment, that he’s going to break Carson out of jail. It’s as surprising to Carson as it is to us, although I think it’s a lot funnier to us. Carson doesn’t see the humor in it, especially after Ace’s plan turns out to be driving Carson to his own home and then telling Detective Karen that Carson is his hostage.

They do convince the police to watch the surveillance footage of the jail–the moment Carson thinks he almost got killed–but it doesn’t really show anything. So Ace tries another tactic. 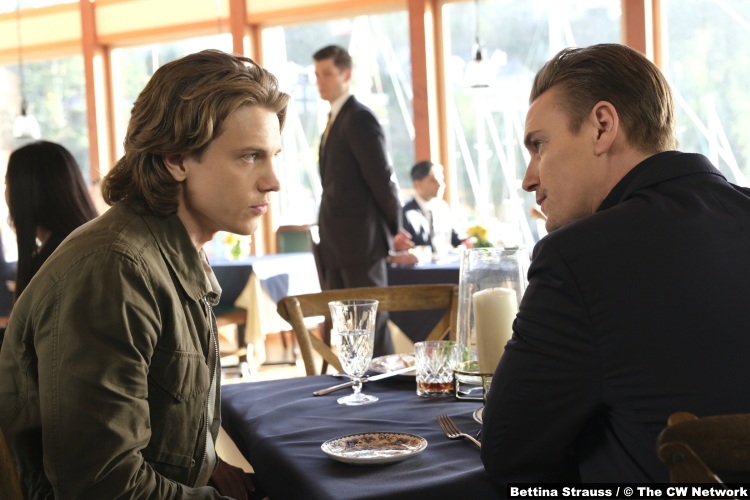 He tries appealing to Ryan Hudson’s better nature. Of course, Ryan Hudson doesn’t really have a better nature, so Ace doesn’t get far. It looks like Carson is going to have to return to the jail, where he’ll surely be murdered.

However, it seems like this restaurant is the restaurant everyone goes to–since no one is ever at The Claw–because Bess is also there. She’s there to be mentored as part of her slow introduction into the Marvin family. 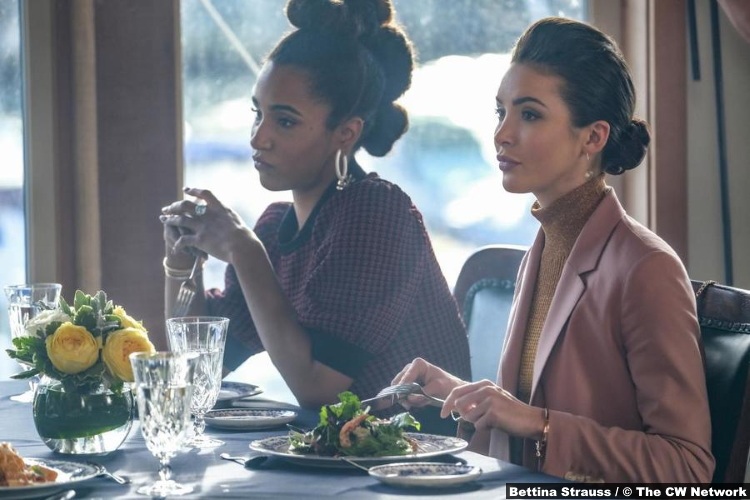 The mentor, though, doesn’t really expect much out of Bess, perhaps seeing her as just a pretty face. While Bess has a lovely face, we know, of course, that she’s a survivor. And it’s her that’s able to get through to Ryan. How? She does it in the way countless rich folks have gotten things done since maybe time immemorial. She makes him a deal. It’s more like an open-ended favor, really. If he can call off the hit, or help them just prove there is one, then she (as a Marvin) will use her Marvin-y powers in the future when he needs it.

So Ryan provides a garbled but still coherent message of an inmate being told to kill Carson Drew. Carson is moved to safety and everything works out well for everyone. Hooray.

Oh, wait. When Nancy goes to the shuttered wing, she goes directly to what I guess is the whisper box? I’m not sure. I am sure, though, that it’s a trap, because that’s exactly what happens to Nancy. She gets trapped. She does find the key, though. I’m sure that’ll be a comfort to her when she wakes up covered up in roaches. If she wakes up, that is. (She will. She kinda has to–see the name of the show.)

8/10 – After last week’s rather dull outing, this was an entrancing return to form. I wouldn’t say it was fun, per se, but there were more than a few fun moments. Like how that orderly ended up being a patient. “This is a terrible hospital,” indeed.