I can see what they’re trying to do with this kind of episode. At some point, Nancy’s going to solve both the mystery of Lucy Sable and the mystery of Tiffany Hudson, maybe at once. So she’s going to need some new mysteries to solve and this episode is an example of that. It still doesn’t make it the most fascinating, though.

The mystery of the Bonny Scot, though, is one that’s still dangling, so better to wrap it up as soon as possible. And hey, it’s a two birds, one stone situation as it’s what Everett Hudson (Martin Donovan) needs Nancy to do in order for him to help Carson. Specifically, he wants her to dig up whatever it is Owen is hiding about the shipwreck. 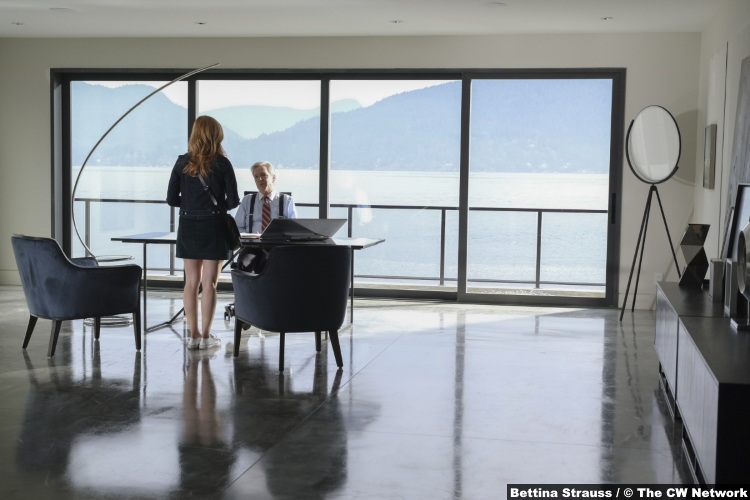 And I think Nancy would have done it, would have handed it over, if it had been something like the Grecian urn Ryan later holds over his mother’s head. But when it turns out to be a person, the sole survivor of the wreck, Nancy just can’t do it. Ironically, the same person she’s trying to save is the same person who taught her better than that.

So in the midst of the world’s most awkward dinner party, Nancy bursts in to share her news. And I have to say, no matter what else happened in this scene, the sight of poor Bess just continuing to eat her soup was my favorite part. Bess tangent: Why is she back in the van, especially when Nancy has a completely empty house? 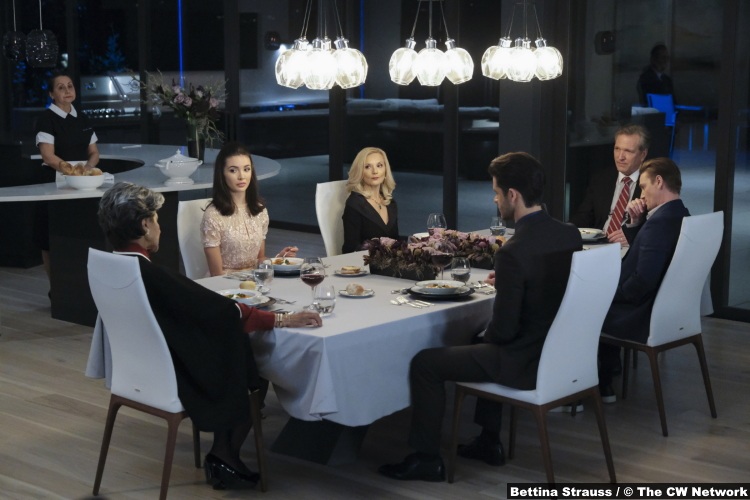 Anyway, the Marvins, including Bess, are having dinner with the Hudsons, because who doesn’t love supping with your enemies? And everyone’s secrets come out. Well, everyone’s secrets about the Bonny Scot. I have a strong feeling there are plenty of other secrets hiding. Yes, Celia had an affair with Sebastian. She’s like, big whoop.

The biggest point, though, is that nothing can be proven. Unless, of course, you know a survivor. But as much as Nancy wants to free her dad, I just couldn’t buy that she’d sell out Bashir, the survivor, like that. I figured something was up. And it was. It all turned out to be a sting orchestrated with Lisbeth’s help. 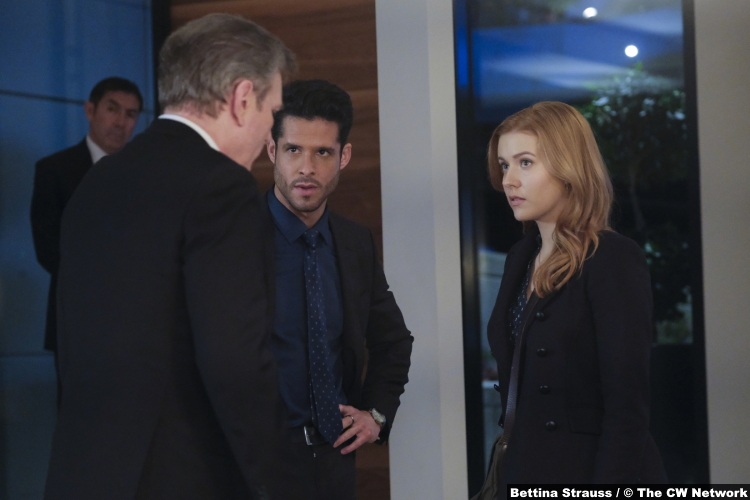 But as for whether Owen would have turned over Bashir, I’m a little fuzzier on that, and I think Nancy is, too. But not too fuzzy to kiss him, of course. Nancy’s little love triangle is turning into more of a love square, as she obviously still has feelings for Nick. And whether he knows it or not, there is something between him and George.

But before we get to them, let’s talk about another love connection. Bess and Lisbeth have both said those three little words to each other, and while it seems sudden, I think we can trust them to know their feelings. Or maybe I’m just trying to be optimistic. Because after her talk with Diana Marvin (Jess Maxie), who let her know in no uncertain terms that they don’t date the help, I’m not sure what’s going to happen to them. I also don’t fully trust Lisbeth, but again, I’m trying to be optimistic. 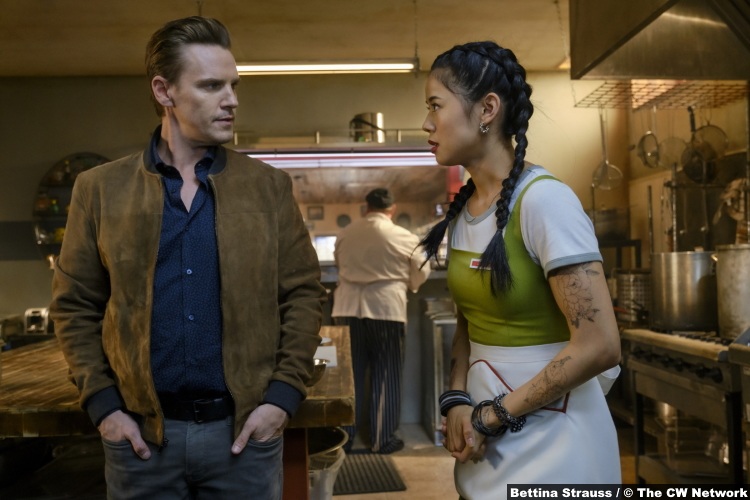 But I’m glad it seems to be working out in a positive way. It wouldn’t have been a good situation for George to be indebted to Ryan, for one thing. And for another, despite George’s own misgivings, I think it’s a good idea for her to partner with Nick. Heaven knows they seem to be drifting toward partnering in another way. And I think that’s a good idea as well. I don’t know how great an idea it is if they’re going to be business partners, but I think Nick needs to move on from Nancy.

After all, she’s got her dead girls to focus on. And with the reveal that her mom was Lucy’s guidance counselor, a little more credence toward the fan theory that Lucy might be Nancy’s mom. R+L=N? I certainly hope not. Promise me, Ned.

7/10 – Again, while I understand that they have to get this mystery out of the way, that doesn’t make it any more interesting to watch.