Surely you’re not one of those people who plans to see the movie without at least seeing the two episodes preceding it. Ideally, you’d re-watch The Force Awakens and The Last Jedi before heading to the theaters, but just in case you’ve run out of time and need a quick refresher, here’s a breakdown of the trio of trios who are set to leave their mark on the film, and what to expect of them based on what’s happened already. 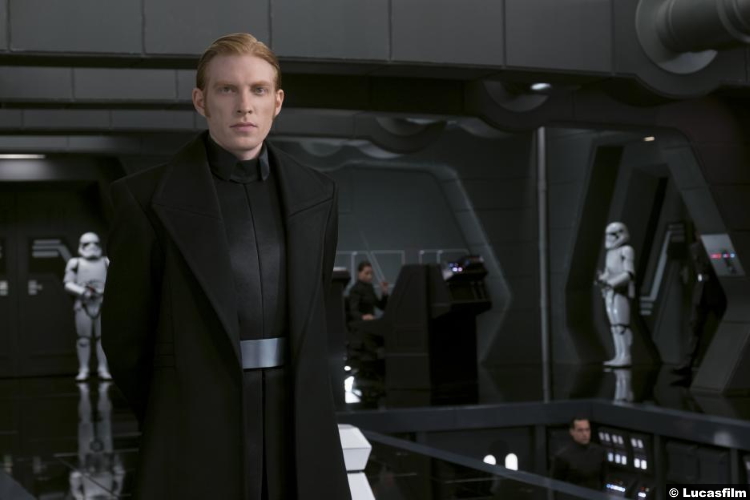 General Hux is probably the one character who regressed from The Force Awakens to The Last Jedi. In the first movie of the trilogy he was seen as a sadistic, Hitler-like, warlord, and though he served at the behest of Supreme Leader Snoke, and though he served alongside Kylo Ren, he seemed very much like a man with enough power to strike fear into the hearts of his underlings. What we learn from The Last Jedi, however, is that Hux is nothing more than a pretender. He’s a boy among men, a wannabe-Tarkin who is mocked by officers, pantsed by Snoke, belittled by Ren, and cheesed by Poe. He’s gone from Mussolini to a Goober but that’s only a bad thing if they don’t stick the landing.

The worst thing The Rise of Skywalker can do with Hux is ignore how much of a loser he was made out to be in The Last Jedi. Instead, own it. Use it. Whether that means he becomes even more sadistic to overcompensate or if he tries to mount some kind of a coup against Kylo Ren, he needs something by way of a character arc that retroactively bridges the gap between the very different takes on the character in the previous two movies.

Hopefully Hux isn’t written off. Hopefully they don’t double down on his character from The Force Awakens or The Last Jedi. Of all the “major” roles in these movies, Hux is the most wide-open of them all. Whether or not writers JJ Abrams and Chris Tierro give him something befitting this final chapter, we’ll find out soon. 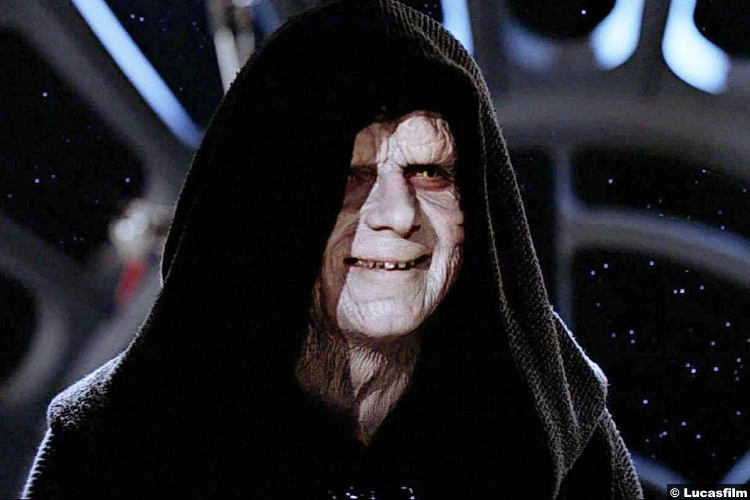 In what was easily the most shocking sci-fi news of the year, Emperor Palpatine was confirmed to return to the franchise after his inimitable cackle echoed over the closing seconds of the movie’s first teaser. Though dead after getting yeeted down a shaft and blowing up in an explosion of blue lightning and rushing wind (seriously, go back and watch that death scene; it makes no sense what actually happens to him), somehow/someway the top bad guy of the saga—the most successful Dark Lord of the Sith ever, and one of the very few bad guys in all of fiction to have a “conquer the galaxy” plan and not only actually pull it off but live as a champion for thirty years—is back and ready to roll.

JJ Abrams has all but said that this was in his head in the beginning, when he and Lawrence Kasdan first sat down to write The Force Awakens and map out a rough idea of where they envisioned the story would end up. I don’t know if I believe him; JJ is such a masterful spin-artist he should be a pro-wrestling promoter. The thing about writing a story, though, is if you do it well enough you don’t need to have everything planned out all in advance. Sure Harry Potter was mapped out, seven stories worth of detailed info, all before JKR put pen to paper, but A Song of Ice and Fire is written in more of a “let’s see where the story takes things” approach. Both ways of writing a story are effective as long as the writing itself is effective. The original Star Wars trilogy was written one movie at a time. The Prequels were mapped out ahead of time.

Whatever the case with Palpatine, he’s here in some form or another, in some way or another, for some reason or another, and I think we’re all very excited, not only to see the great Ian McDiarmid strut his stuff one more time, but also to see how Palpatine fits in the whole scope of the sequel trilogy. I suspect his reappearance will have a lot to do with Snoke being offed in the previous movie (another move by Rian Johnson that was criticized but which I predict will be lauded once this whole trilogy is done). On the other hand, it could all be a spectacular shaggy dog story ending with some old holo-recording. Wouldn’t that be the mother of all wet farts. We’ll find out soon.

As much as Rey is presented as the central character of the sequel trilogy, being that she’s the starring protagonist, I have a feeling that, when all is said and done, we will look back on these three movies and see them instead as the story of Ben Solo’s redemption. I wouldn’t have said that a year ago; in fact, a year ago I was expecting an Episode X-XII would come along in a decade or so. I thought this trilogy was actually meant to show us how Kylo finally shed the light-side influence and fully embraced the evil within him, leaving the story of his redemption to be told in the next trilogy. I wrote that here…

Now, in light of comments by Kathleen Kennedy, JJ Abrams, and others, that Episode IX will be the definitive “end” of the Skywalker Saga, I’m inclined to believe that we’ll get the end of Kylo Ren’s story. That might come in the form of redemption for Ben Solo and a “happily ever after” ending, with him going off to pay his penance and maybe train the next generation of force users, or—more likely—in the form of redemption for Ben Solo by way of a sacrifice, ala Vader at the end of Return of the Jedi.

Of course, if they go that route, the same fans who complained about The Force Awakens is a retread of A New Hope would cry foul. Forget such shallow takes, though; a Ben Solo dying-redemption would carry with it all the drama and closure you want in a good story. Kylo is introduced to us in the first movie of this trilogy as a man trying his hardest to be like Darth Vader. He even promises Vader’s old mask that he’ll “finish what [Vader] started.” Clearly, Kylo refuses to consider the fact that Vader was redeemed at the end of his life, but how poetic would it be if that’s how Kylo’s story ends too? He can go out the way his grandfather did, finishing what he started by saving the Galaxy from Palpatine. If it’s true that JJ had that in mind when he made The Force Awakens then bravo. Even if he didn’t, if he tells the story well enough, it won’t matter when it was written.

Whatever fate is in store for Kylo Ren I’m confident it will be memorable; he’s been the best character of the sequel trilogy, filled with nuance and pathos unseen in any previous Star Wars character. As for how his story ends, he might go out a villain or he might go out a hero, we’ll find out soon. 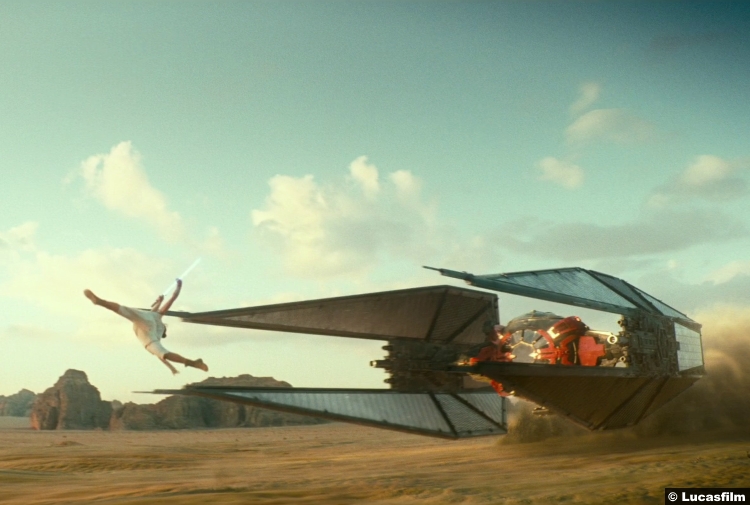 With that, you’re all caught up. All that’s left now is to see the movie. Look for our full, spoiler-free review shortly, followed soon after by our spoiler-filled reflections. In the meantime check out our reviews of The Force Awakens and The Last Jedi…

The Force Awakens works due to a strong trio of trios (spoilers!)

We’ll see you next in the Galaxy, Far Far Away…