The Mandalorian S01E06 Review: The Prisoner – The Expendable(s)

9/10 – The Mandalorian starts strong with a visually-entrancing debut outing. The series is confident, highly produced, with a great lead and a great premise…and there’s even room for improvement.

After episode five ended, I said this…

At its worst, it’s derivative, shallow, and has some horrible acting from its two guest stars. At its best, it’s filled with all the creative uses of the universe that good Star Wars fan-productions have, except with a budget infinitely better.

This week is basically the same except most of it is a half-notch better. That’s a half (1/2; 0.5%) notch. It’s not a big step up but it’s something I suppose. All the problems that existed last week, and the week before, are here once again. Namely, (1) it’s completely expendable as a plot, even more so than last week, (2) it has horrible acting, though not as bad as last week, and (3) it feels like a Clone Wars throw away episode which, as I’ve said three weeks in a row, is fine when you have twenty-two shows a year, but here there’s only eight: Quality over quantity demands quality.

And while I enjoyed several little moments in isolation (namely everything with Baby Yoda, and the Mando taking out the turncoats one by one like some combination of Jason Voorhees and Batman) the overall episode was wholly pointless.

The title of the episode is The Prisoner, named for the target Mando and his posse of ruffians have to break out of a New Republic Prison Ship. As you might guess, things take a turn for the treacherous and our anti-hero is forced to go solo to save his skin and get back to Baby Yoda before his galactic-value is discovered and exploited. It all sounds very exciting on paper but for the most part, it was just okay. A better title would have been The Expendable because that’s exactly what the plot is to the season’s storyline! 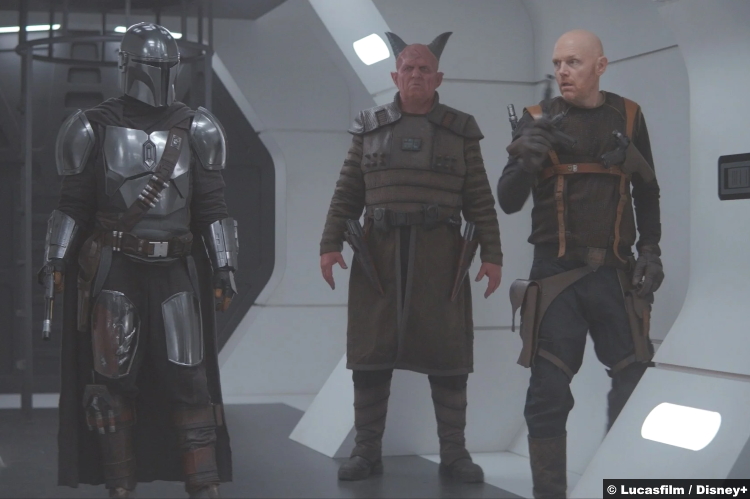 Maybe I just need to rethink the way I perceive the show. I went into it with the idea that it would be an eight-part story, frustratingly parceled out in weekly installments. Maybe I should stop waiting for it to find its overarching plot and just enjoy the little half-hour slices of Bounty Hunter life that it provides. If you had shown me any of the past three episodes without any context other than to say “here, Disney released this Star Wars short film” I would have scooped it up and loved it, no reservations.

And now that I’ve finally come to terms with the show, I’m sure the final two episodes will return to the arc of the season. 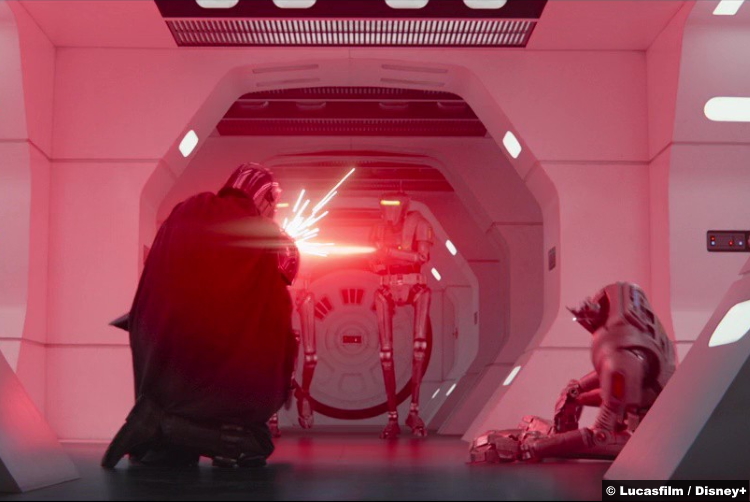 8/10 – A slight step-up from the past two episodes but the show has stalled.  Hopefully it finds its footing for the final pair of shows, the next of which comes with The Rise of Skywalker hot on its tail.