As a child, young Annie Wilkes (Madison Johnson) worshipped her father Carl (John Hoogenakker), who told her he was her biggest fan. He was an aspiring writer with big ambitions and he was an optimist, like you kind of have to be if you have big ambitions. The downside to optimism, though, is that you sometimes don’t see things as they really are. It’s like that line from Bojack Horseman: “…when you look at someone through rose-colored glasses, all the red flags just look like flags.”

So when little Annie has trouble at school, due to a reading disorder and sudden bursts of violence, her dad doesn’t see it as an issue that needs to be addressed. Or at least, he doesn’t think the traditional solutions–pills, therapy, etc.–are right for his girl. So he pulls Annie out of school, determined that he will teach her. 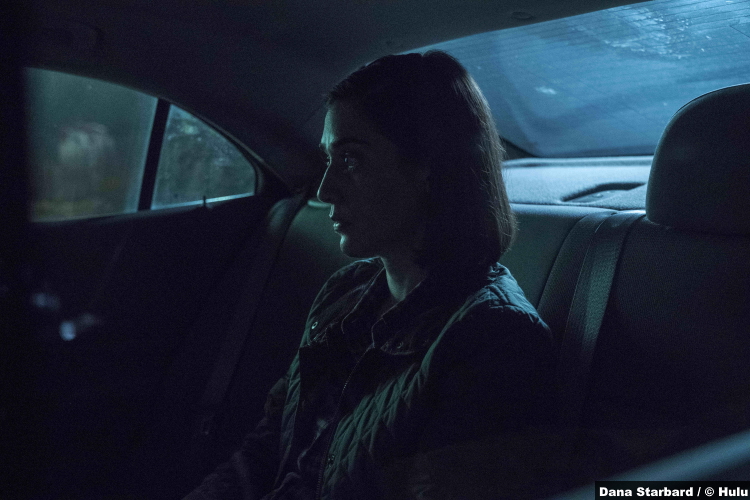 And while she and he love to have her read (his book) for him, she’s not really learning as she should. So her mom, Crysilda (Robin Weigert), hires tutor Rita (Sarah Gadon) to pick up the slack. Through Annie’s lessons with Rita, her reading does improve, but we get a glimpse of another influence on her. Annie’s dad may be her hero, but it’s her mom who’s really shaped how she sees the world. It’s a world of black and white, no gray, for one thing. And in her mom’s phrasing–calling people “dirty birds,” for example–we see the echo of future Annie.

Young Annie (Ruby Cruz), like future Annie, sees the world in a very simplistic way. People are either good or bad. She worships her dad, but that rigid world-view is her actual religion. So when months pass, and Rita is obviously heavily pregnant, we can see what the characters cannot. First of all, it’s obviously Carl’s baby. We can pick that up from the moment Carl and Rita share, Rita’s reticence to talk about her baby’s father, and later, Carl’s moving out. 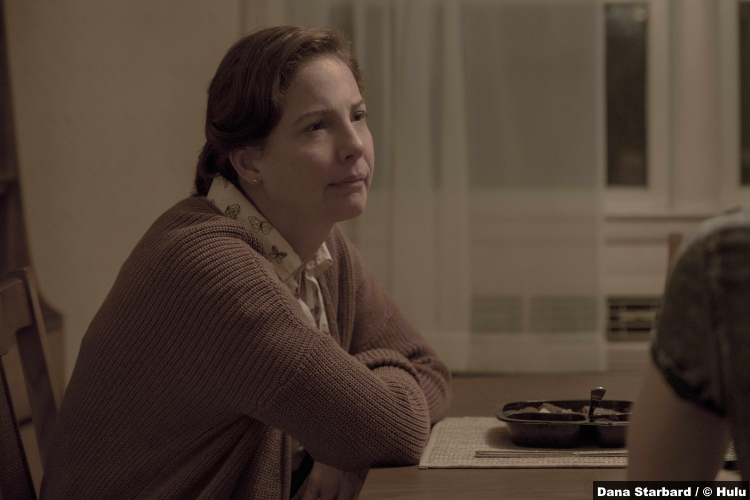 And second of all, when Annie finds out, it’s going to hit her like a bomb. Her dad is good, Rita is good, but how will that jive with what they did? I mean, this is a young lady who gets upset at the redemptive ending of Pinocchio, because she thinks he should have died for being a little liar. How she’s going to react when she finds out about Carl and Rita?

Despite her obvious shock, though, she takes it pretty well. At this point, she’s been wounded, though, so you can see in her the ache for a happy family. Her mother, who implies at one point that Carl had taken advantage of her when she was a young woman, never recovers from the end of her marriage. She falls deeper into depression and alcoholism. Then she tries to kill herself and take Annie with her. Only Annie survives. 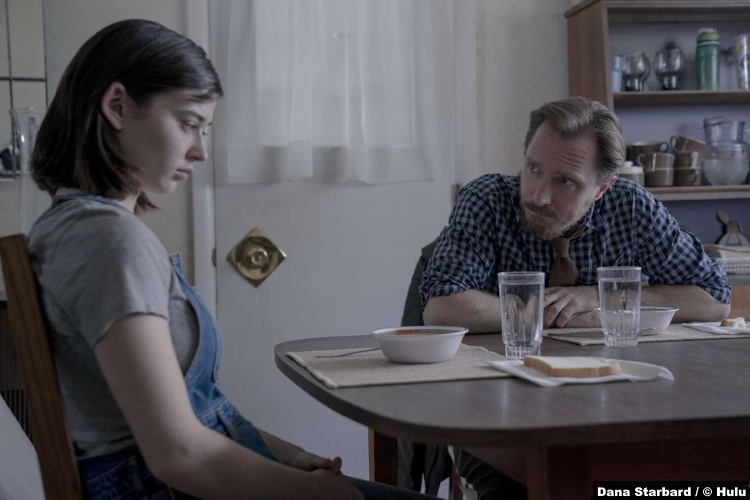 When Carl and Rita break the news to Annie, introducing her to her half-sister, Evangeline, she’s shocked, of course. And she does the math, realizing that the affair started before her mother died, before her father left. She reacts violently at first. Then she kind of learns to live with it. After all, her father didn’t really betray her. He’s still her biggest fan.

But then he finishes his book, The Ravening Angel. Having everyone toast to Rita at his celebration party is one thing, but he dedicates the book to Rita as well, calling her his “laughing place.” That’s what he’d always told Annie she was.

When she confronts him, he tries to tell her that a person can have more than one laughing place. But this is Annie, and there are no gray areas in her view. She throws a copy of the book at him and he stumbles down the stairs, breaking a railing and becoming impaled. This is the scene that Rita comes upon–Carl dying while a bloody Annie stands over him. Then Annie chases her into Evangeline’s room and stabs Rita.

The next day, she almost repeats her mom’s actions, taking Evangeline to a river to kill them both. But Evangeline starts laughing. She feels joy. And Annie changes her mind.

Back in the present day, that baby, now named Joy, is reading the copy of The Ravening Angel that she found. When she gets to the end and finds the dedication, she looks up Rita K. Green, finding her on Facebook. Rita didn’t die, after all, and by the looks of her evidence wall, she’s been tracking Annie around the country. When Joy calls her, Rita thinks it’s a telemarketer at first, until Joy asks about the book. As Rita is asking who’s calling, Annie’s in a Castle Rock bar with no idea that Ace Merrill just sat down beside her. The danger’s on all sides now.

9/10 – Castle Rock is really at its best when it does these character studies. While this episode didn’t reach the heights of last year’s “The Queen“–please, it was Sissy Spacek–this was still an outstanding episode.