Preacher may be the most frustrating of all the shows I’ve reviewed on Cult of Whatever. In some ways I feel like I should be happy with what I’m getting: a kinetic action show with high concept ideas and interesting characters, and Masada, for the most part, gives me this. Except then the episode seems to remember that the great version and the sucky version of Preacher co-exist with each other. It’s an enjoyable opening episode for what is the beginning of the end of this weird little show, but Preacher always falls down when it comes to moving the story forward. 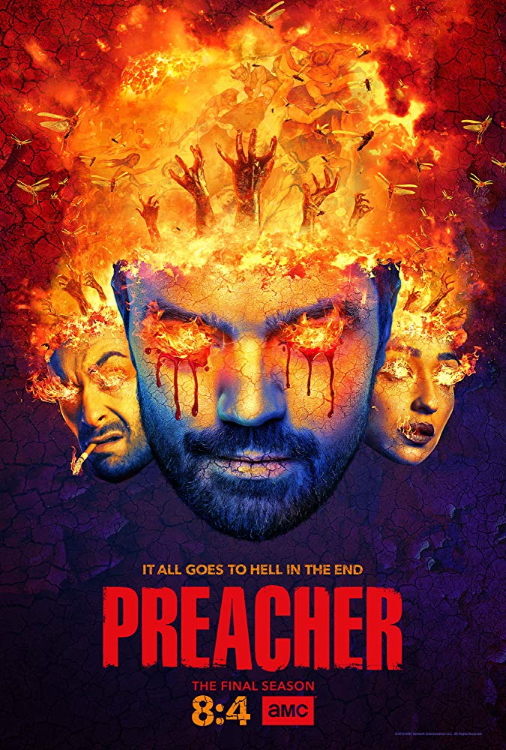 Masada, for a good three-quarters of its runtime is Preacher at its best. There are fun moments to world-building as we see the Grail’s titular base of operations, equipped with many classes on torture, one of which introduces Cassidy as the practical demonstration. The action is typically impressive, especially since the three leads clearly like to do their own stunts, and the show’s typically dark sense of humour is front and centre, usually to the benefit of characterisation. 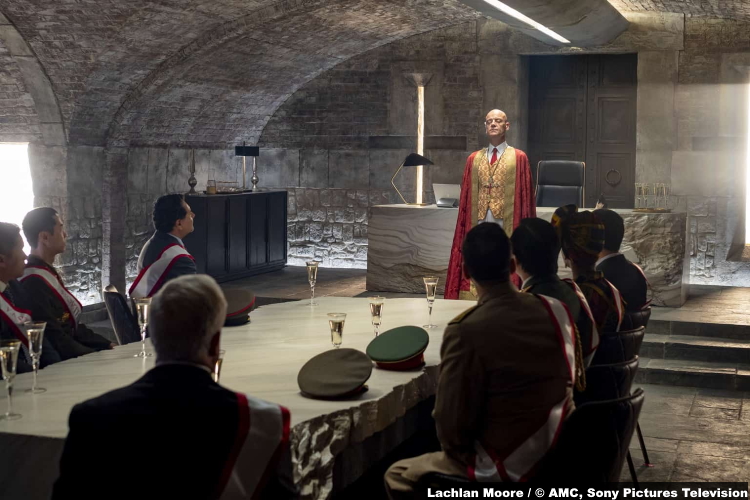 What I liked about Masada, apart from the fact that it was action-packed, was the way it shows us how far our heroes and villains have come without too much premiere episode exposition. Herr Starr, who is still easily one of TV’s best villains, completes his transformation into a megalomaniacally petty fascist. Instead of trying to make Jesse the new Christ, his plan was to use Cassidy to lure him so Starr could carve a vagina on his head. Now that my friends is OG Herr Starr. Jesse and Cassidy bicker all the way through the rescue attempt giving us a pretty clear view of who Jesse really is. Cassidy has Jesse’s number, telling him that his search for God has caused nothing but pain for both Cassidy and Tulip, so much so, that it seems that Cassidy would rather stay a prisoner than go back on the search with Jesse.

This is quite a good character moment for Cassidy, but it renders the episodes action a moot point. It didn’t really change much, after all, Jesse’s decision to continue the search on his own was motivated more by dream fakeouts than what Cassidy said to him.

7/10 – Masada shows that Preacher still hasn’t learned to stop shooting itself in the foot. The brilliant set pieces need to be informed by strong characterisation and to move the plot forward. The character stuff is there, but Preacher is still clunky about moving its players from one plot to another.

Preacher S04E02: Last Supper – What if God killed the Dinosaurs

Like its central car chase, Last Supper goes in circles while digging into the three main characters in enlightening ways. There’s no pyrotechnics to match the premiere, but Last Summer makes Jesse, Tulip, and Cassidy’s flaws work for it, even if it doesn’t push the storytelling forward all that much. First, let’s look at that cold open. 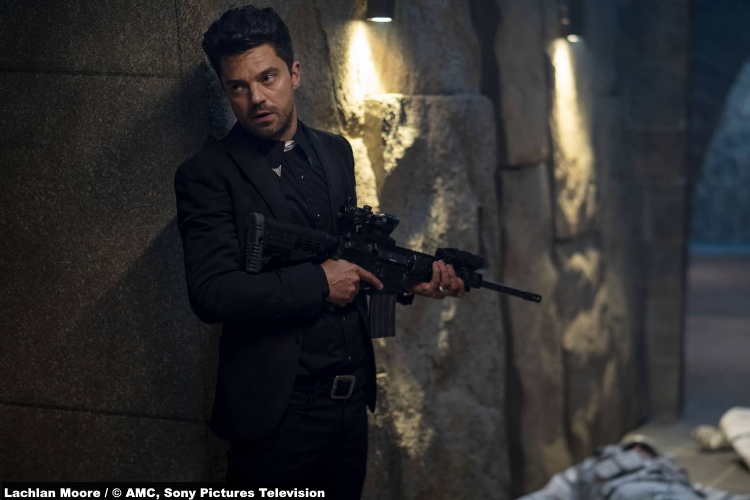 The God of Preacher is a dick the size of the mountain (or rock) that Jesse is now searching for. In a twist that will insult any Creationists that didn’t run screaming from this show when God was introduced in a fetish dog suit, Last Supper gives us the truth about what really happened to the dinosaurs. In a ridiculous scene, God decides to destroy the world after a dinosaur eats its own poo. You were tested, and you failed, God proclaims before reigning fire down from above. Perhaps that’s why God wants another apocalypse – maybe he sees the human race as another failed experiment, figuratively eating our own poo. That’s a guess, but the scene isn’t really about that. Instead, this scene is used to show the contempt this show has for its God, a being who is so out of touch with his creations that he would rather destroy it all and start again. It’s basically what would happen if Garth Ennis contributed a book to the Old Testament. 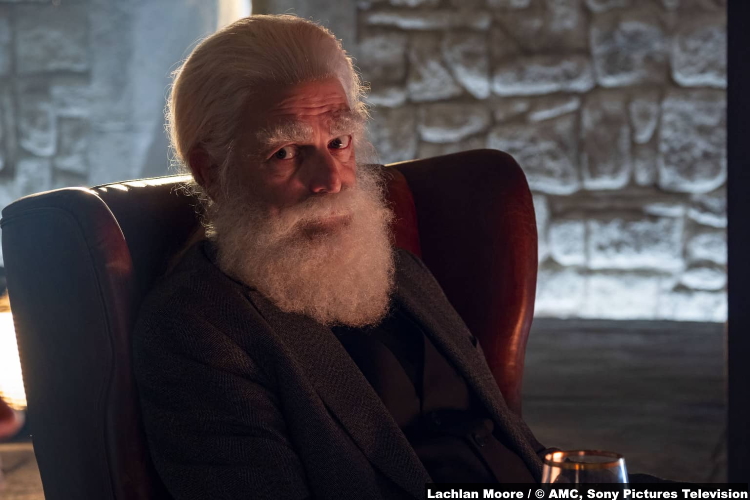 The meat of the episode finds the main trio symbolically hitting their heads off of a brick wall. Jesse’s search for the rock, called The Last Apostle, is a road trip full of mistakes. Every time he uses the Word it doesn’t exactly go to plan, leaving a dead dog, two dead people who practice different faiths, and a visit to a pervert’s mansion. The pervert in question, Jesus De Sade, is a big character in the comics so don’t be surprised if next week we have Jesse looking back on what he accomplished in the mansion as he kills time on his way to Australia.

Meanwhile, Cassidy attempts an escape which, like the previous one, is successful if he would only go out the damn door. Instead, he sabotages himself and ends the episode where he started, getting circumcised by the whole class. Tulip is the most clinical in Last Supper, as her trial and error tactics to infiltrate Masada lead to a clever plan in which she manipulates a very cool car chase so she can sneak into the compound as one of the injured Grail agents. She doesn’t seem that cut up about Jesse, another reason why their romance isn’t as convincing as it should be, which gives new credence to her hooking up with Cassidy in the near future.

8/10 – Not as action-packed as the premiere, yet Preacher has settled into a rhythm for the season and, with Tulip in Masada we can expect more fireworks very soon.